Modern wedding preparation is not an easy job. People often take many months to book the location, photographer, invitation cards, etc. Now imagine you are expected to change the date in just 3 weeks’ time.

This is what happened to a Reddit user named u/Date2021_Oct after being engaged for two years, as her brother decided to have his shotgun wedding the same day as her. The whole situation sparked a family drama and, surprisingly, the OP ended up being the one expected to change her wedding date.

When organizing an important event, it’s always hard to choose a date which suits all the most important guests 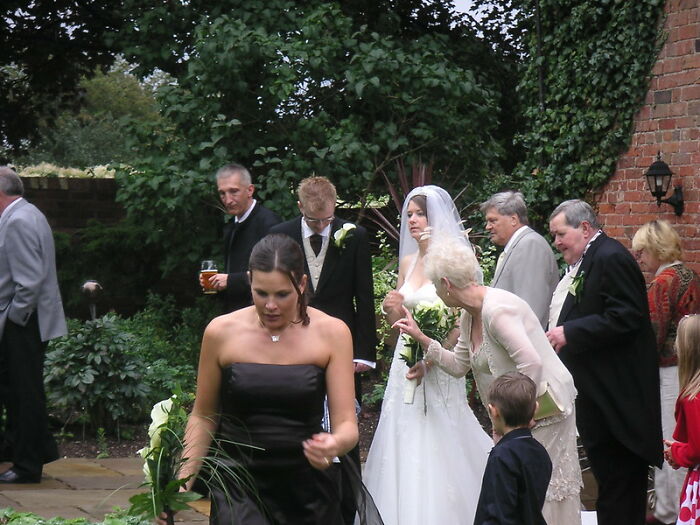 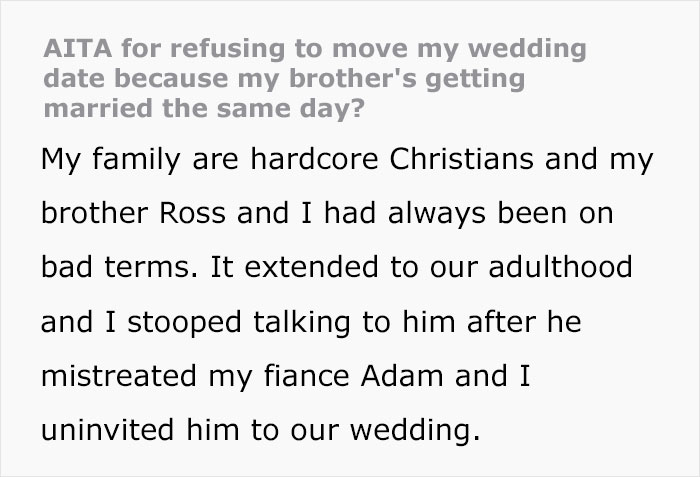 As it turns out, the OP’s brother’s girlfriend is pregnant and their parents want them to get married ASAP 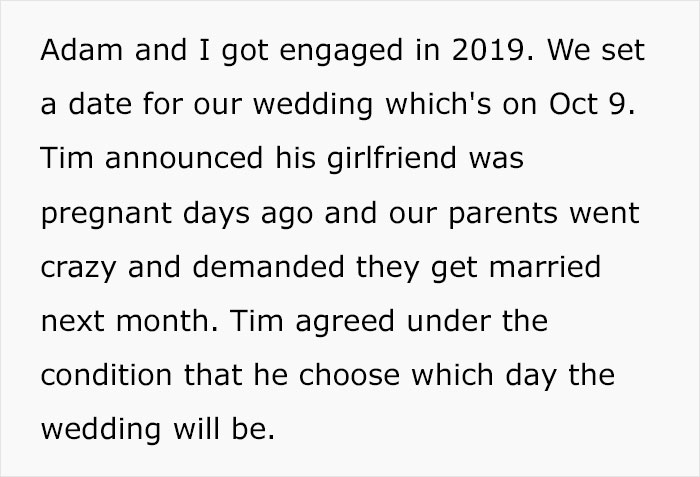 Since these siblings have always had bad blood, the brother decided to get married the same day as his sister

Her brother implied OP should change the date, and their parents agreed 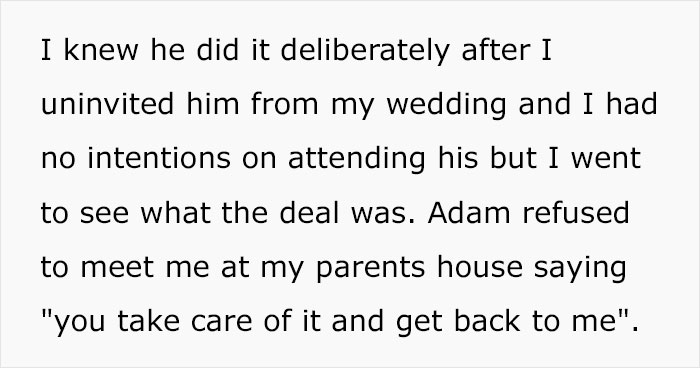 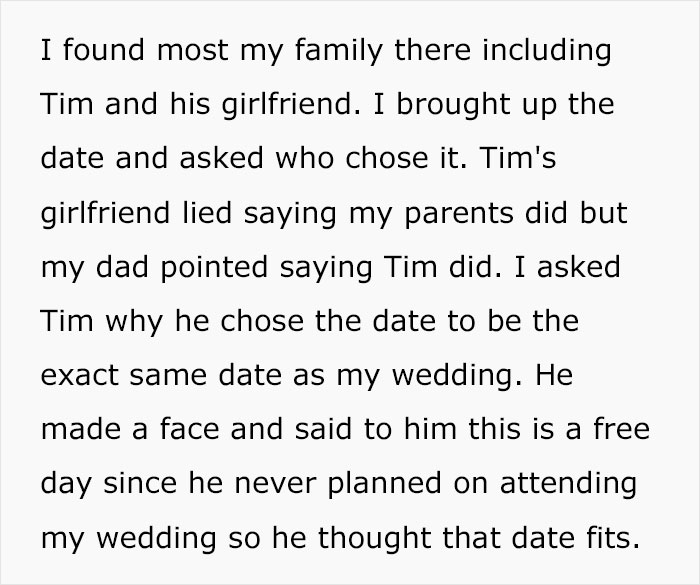 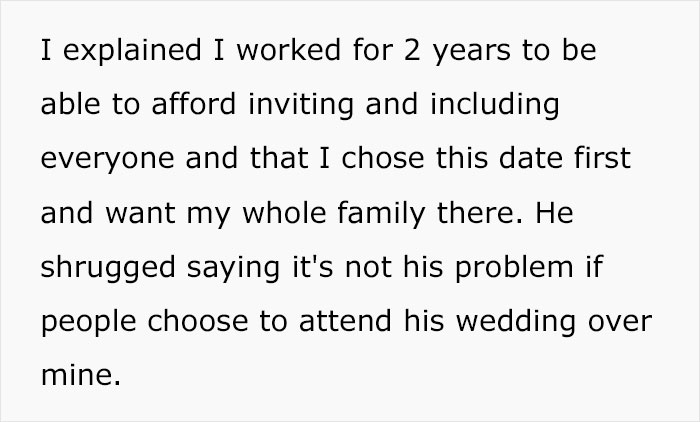 The OP tried to explain to her mother how difficult it would be to postpone the wedding, but it didn’t change her mind 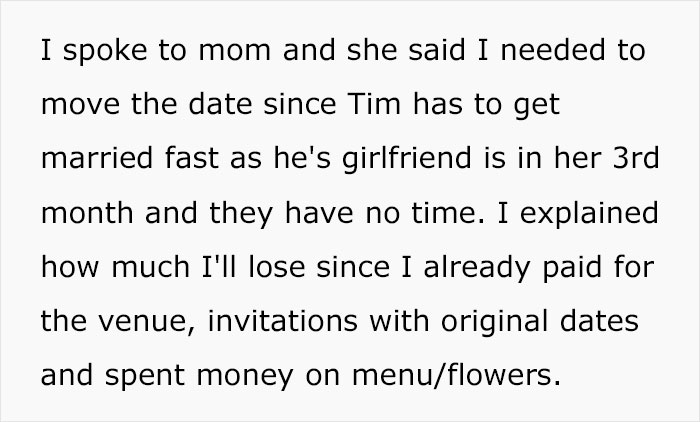 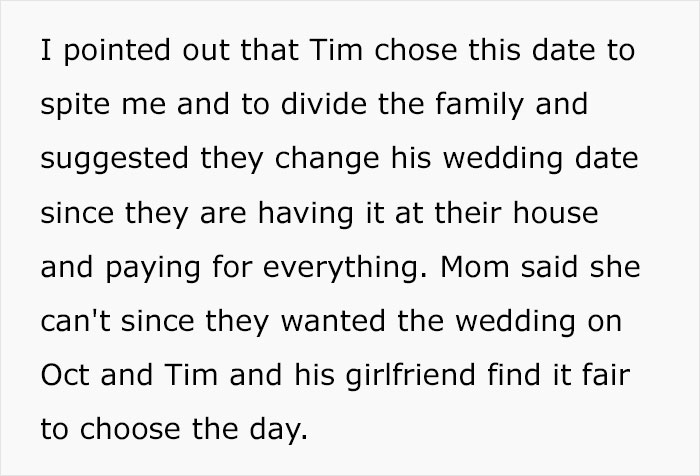 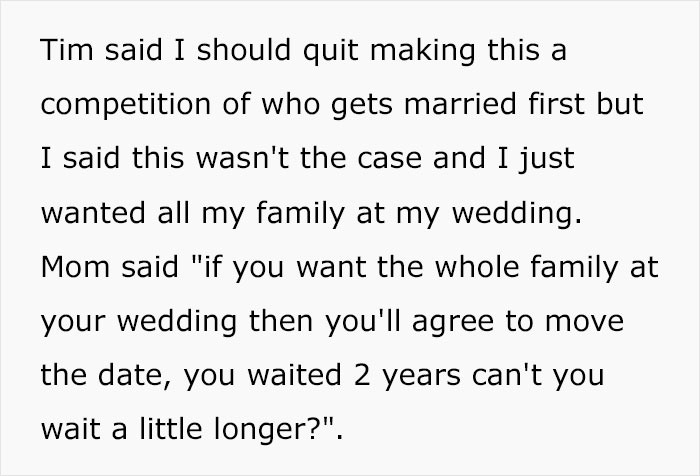 Her parents warned her that if she refuses to change the date, then she shouldn’t expect them to come to her wedding 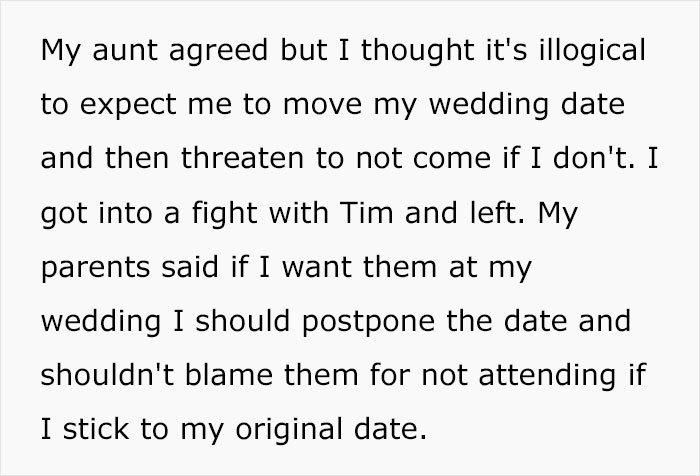 Commenters had some interesting things to say about the situation 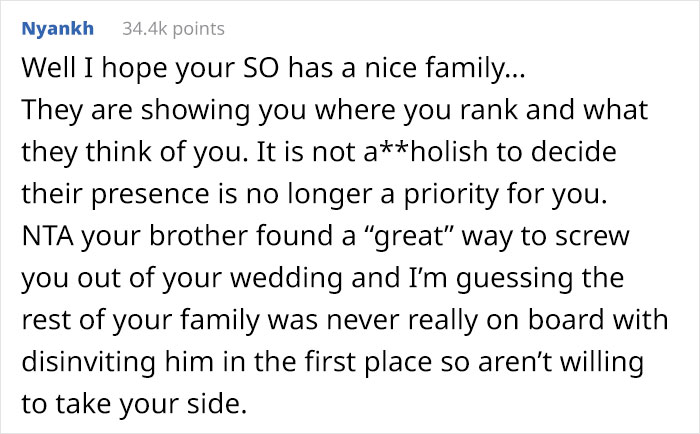 OP responded, explaining her feelings towards the situation 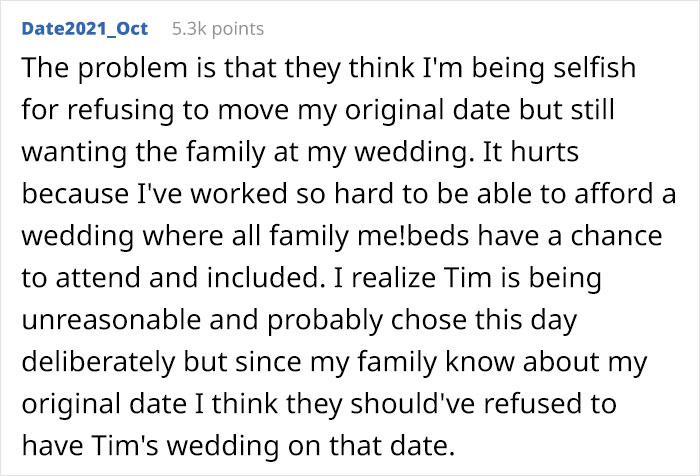 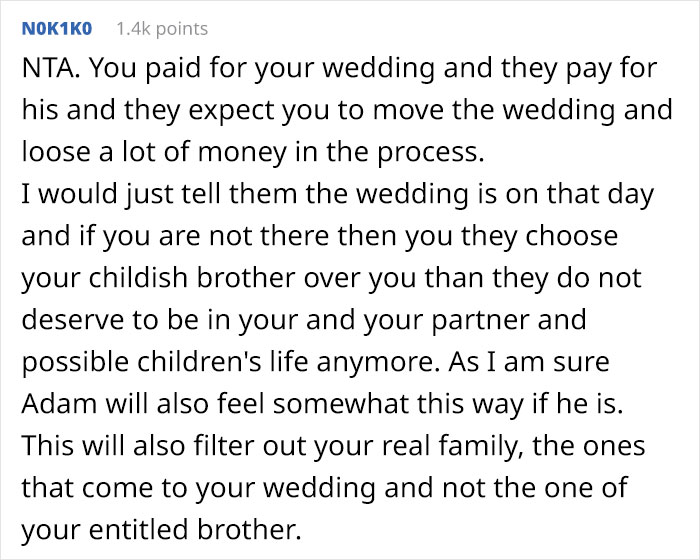 Share. Facebook Twitter Pinterest LinkedIn Tumblr WhatsApp Email
Previous ArticleDad Asks If He’s Wrong To Refuse To Walk His Daughter Down The Aisle As She Was The One Who Cut All Contact With Him Years Ago
Next Article Aunt Bessie’s is selling a Yorkshire pudding BED for your dog