TikToker @ShowerThoughtsWMike pointed out that people often forget that there was once a time when glasses weren’t a thing, which potentially explains many historical myths and legends.

And this raises a good question—what is a myth that ended up being a result of poor eyesight? While we can’t say for sure, the internet sure as hell tried to speculate on the question, giving rise to a pretty fun Twitter thread. 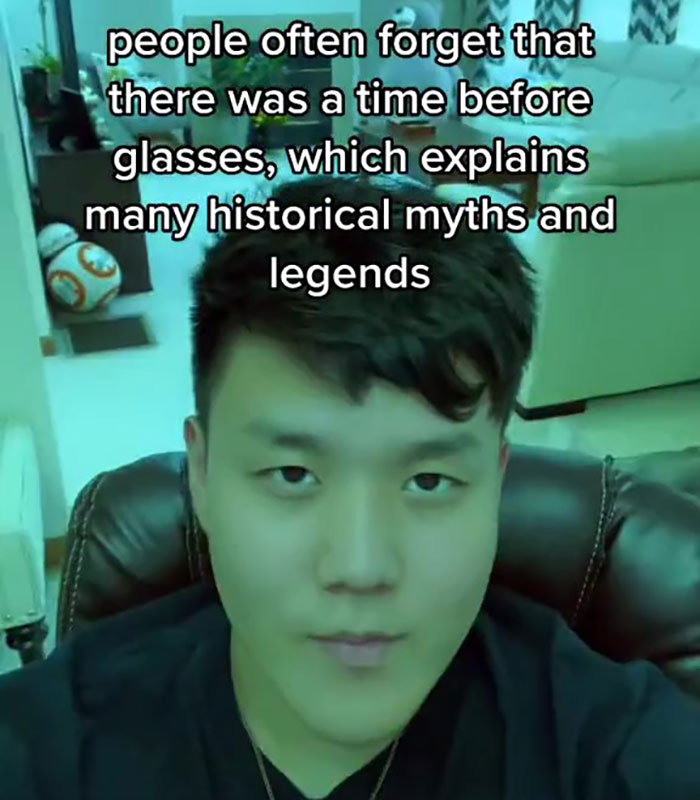 Check out some of the best, weirdest, and most thought-provoking myths people pointed out in the curated list below, and while you’re at it, why not vote, comment, and suggest your own myths that could’ve been due to someone sucking at using their visual organs.

Share. Facebook Twitter Pinterest LinkedIn Tumblr WhatsApp Email
Previous ArticleIt’s Time For The Best Parenting Tweets Of The Month, And Here Are The Best Ones This October (88 Pics)
Next Article People Are Cracking Up At These 39 Pics Of Action Figures In Forced Perspective Photos Casually Interacting With Their Owner