Thousands of children go missing every year. Only last year, 365,348 children were reported missing and that’s only in the USA. They might have decided to run away themselves, or they could have been injured, abducted or killed. Most of the time, children are rescued and returned to their homes.

A story of a girl being rescued is now going viral in the media as the teenager was seen showing a hand sign popularized on TikTok meaning that she was in distress and that is how the police were informed about a possible crime. 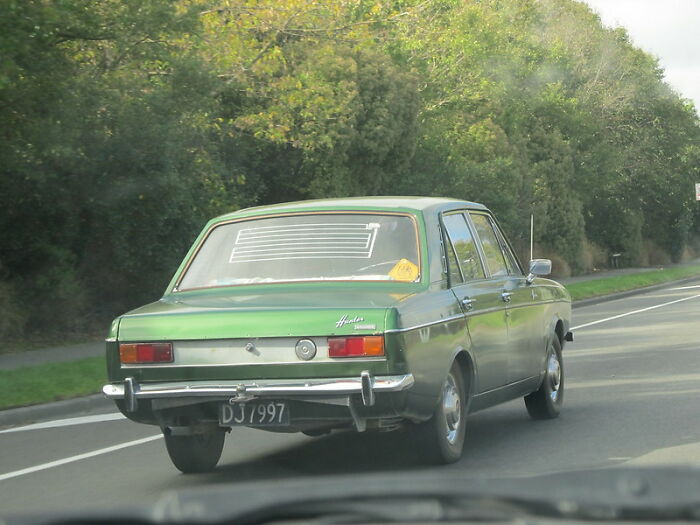 Turns out, it was an actual crime. A 61-year-old man named James Herbert Brick from Cherokee, North Carolina was arrested by Laurel Sheriff’s Lieut. Chris Edwards along with Detective Robert Reed on Thursday afternoon, November 4.

The police officers were dispatched to check on a suspicious Toyota passenger car. The person who reported the car “was behind the vehicle and noticed a female passenger in the vehicle making hand gestures that are known on the social media platform TikTok to represent violence at home – I need help – domestic violence. The complainant advised 911 that the female appeared to be in distress. In addition, the complainant noted that the vehicle was being driven by a male subject.” 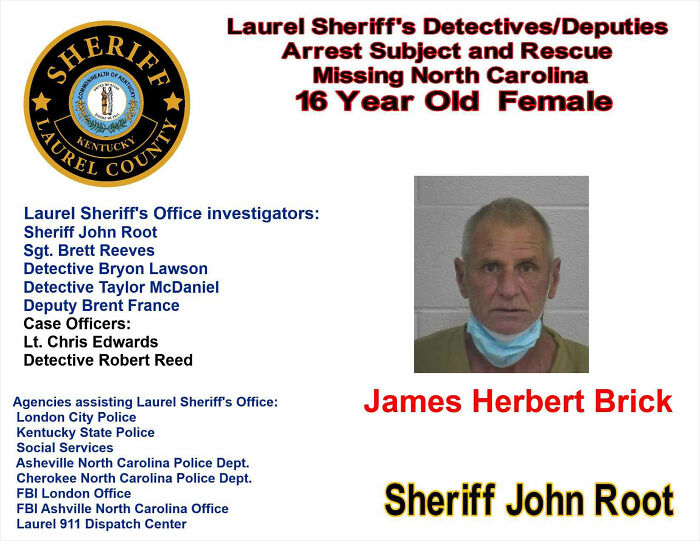 The person behind the Toyota was following it to keep the police updated about where it was as they were traveling on a highway. When the police noticed the car, they stopped it and they found out that the teenager was actually reported missing on Tuesday, i.e. two days prior, by her parents.

The girl told the investigators that the man took her to his relatives in Ohio, but when the relatives found out she was underage and she was reported missing, James Herbert Brick left Ohio and went south.

When police stopped the car, they found out that the girl was reported missing a couple of days prior 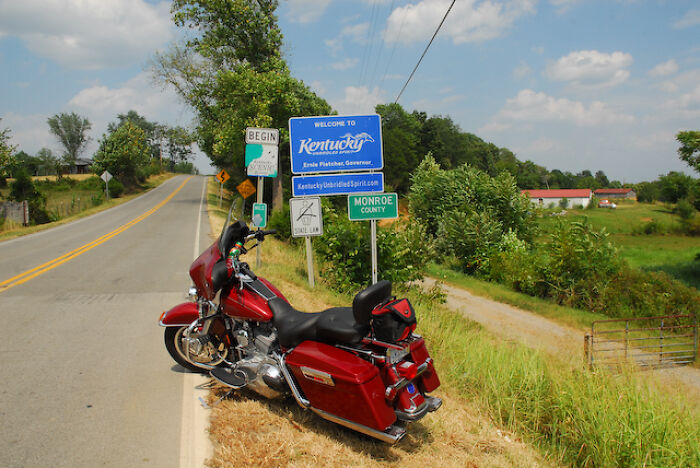 During this journey from Ohio, the girl started to carefully attract the attention of the person riding behind them. It is not said what sign the teenager showed, only that it was widespread on TikTok and that it represents a cry for help because of domestic violence. And apparently, the kidnapper didn’t notice anything suspicious.

Earlier this year, Bored Panda drew attention to a hand sign created by The Women’s Funding Network meaning that a person is experiencing domestic violence and is asking for help, so many guess that the girl was showing that hand gesture. It was actually designed to be discreet and to be able to alert others that you are in distress without making any sounds or noticeably moving. 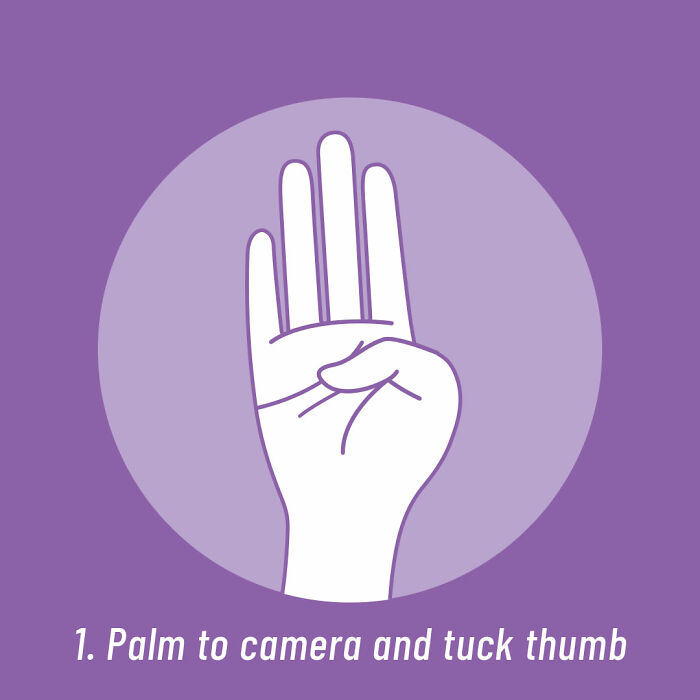 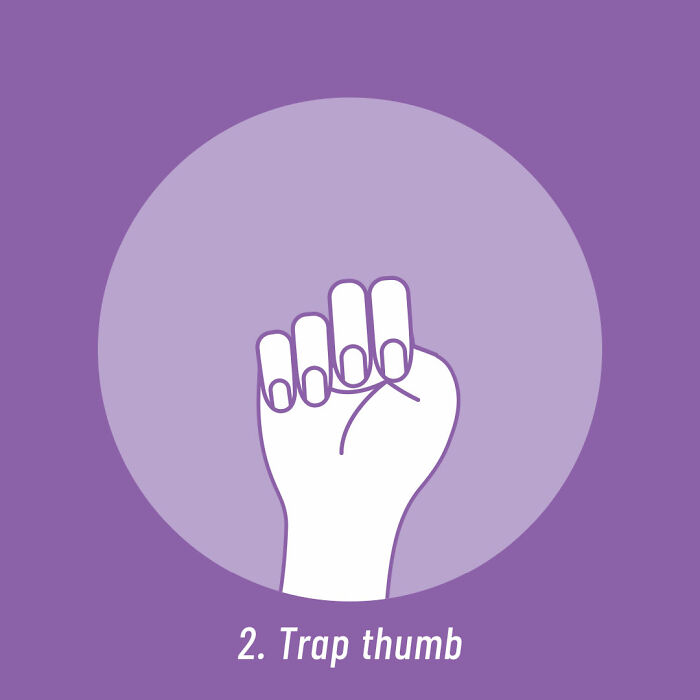 If you are not familiar with the sign, it is actually very simple, but distinctive. You face the palm towards the other person, tuck your thumb inwards, and then cover it with your other fingers.

The sign was created in April of 2020 as during the pandemic, a lot of people who relied on workplaces or shelters to hide from their abusers couldn’t do that anymore and were forced to stay in a place they didn’t feel safe. So the Women’s Funding Network worked with the Canadian Women’s Foundation to spread awareness about a hand gesture that would possibly alert another person to report domestic violence to the police. 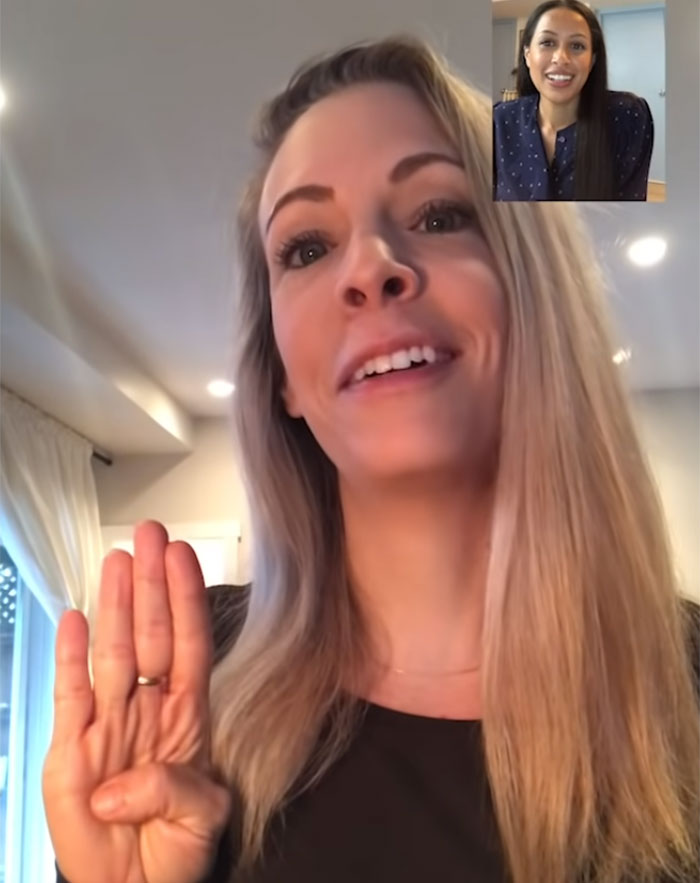 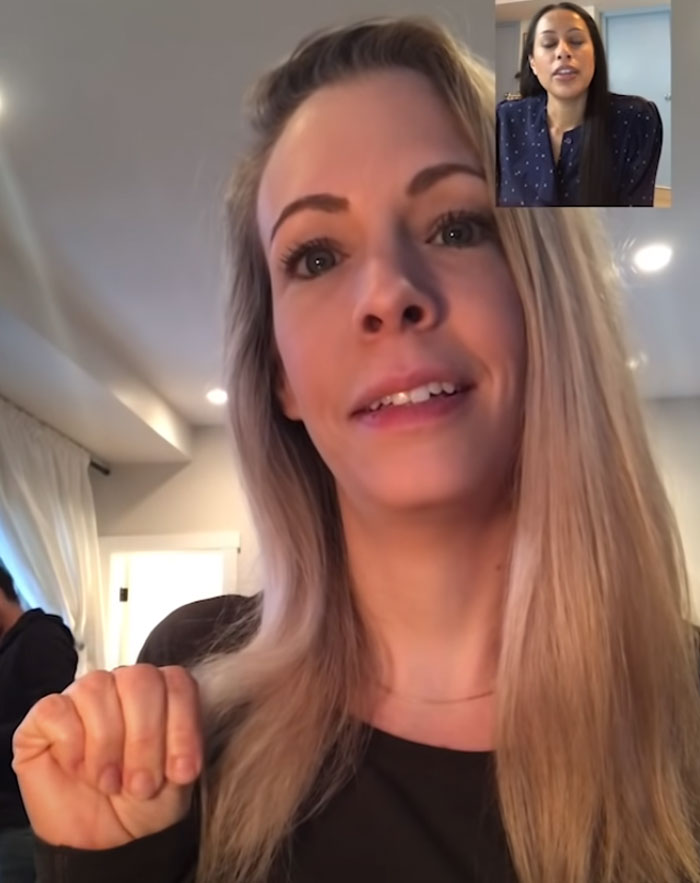 It seems that the hand gesture expanded its meaning from just signaling domestic violence to indicating distress in general. And it’s safe to say that the Women’s Funding Network campaign was successful as there is a real story proving how it saved a life.

And it’s not an exaggeration, because no one really knows what could have happened to her if a random person wouldn’t have recognized the hand gesture. The Laurel County Sheriff’s Office reported that “During the investigation, deputies also located a phone in the accused possession that allegedly portrayed a juvenile female in a sexual manner.” So James Herbert Brick was arrested for “unlawful imprisonment – first-degree; possession of matter sex performance by a minor over the age of 12 but under age 18 – first offense.”

Have you heard about this hand gesture? Do you feel like it is actually useful and more people should know about it? Tell us your reactions in the comments!