Woman Hears A Talk Show Host Ranting About His Neighbor On Radio, Realizes He’s Talking About Her


When you decide to move somewhere, there are so many things to consider, like the apartment or house itself, the location, how far you want to be from the center of the city, schools, stores, etc. These are the things you can control and choose, but even if everything else is perfect, the thing that doesn’t depend on you are the neighbors and they really can greatly impact if you’ll like living there.

It’s fun when you can become friends with your neighbors, but even greeting one another when you meet is fine too as long as they don’t blast music in the middle of the night. But some people don’t want to know their neighbors and have any small talk with them, which is not unusual. What is not very nice is going to your own radio show and complaining about a chatty neighbor on air. That is what happened to Sabina, who shared that she found out her neighbor was a radio host when she heard him complain about her.

A woman went viral with 12.2M views on TikTok for sharing a recording from a radio show where the host is complaining about his new neighbor–her 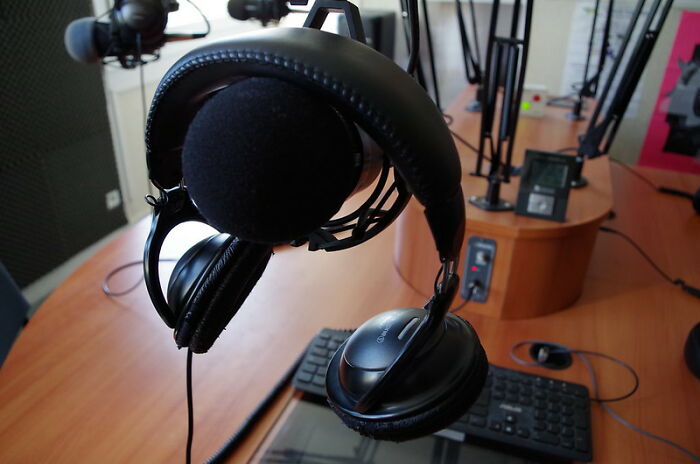 Sabina posted a video filming herself with a frustrated face as she was listening to a radio broadcast. She was not very happy about it because she realized that the radio show host was talking about her and not in a very nice way.

That is how Sabina found out that Justin, the host of 101.1 WKQX’s show Brian, Ali and Justin is her neighbor she chatted with. Turns out, Justin was actually annoyed by her and thought she talked too much. He found Sabina irritating and just wanted to live in the apartment building in peace. 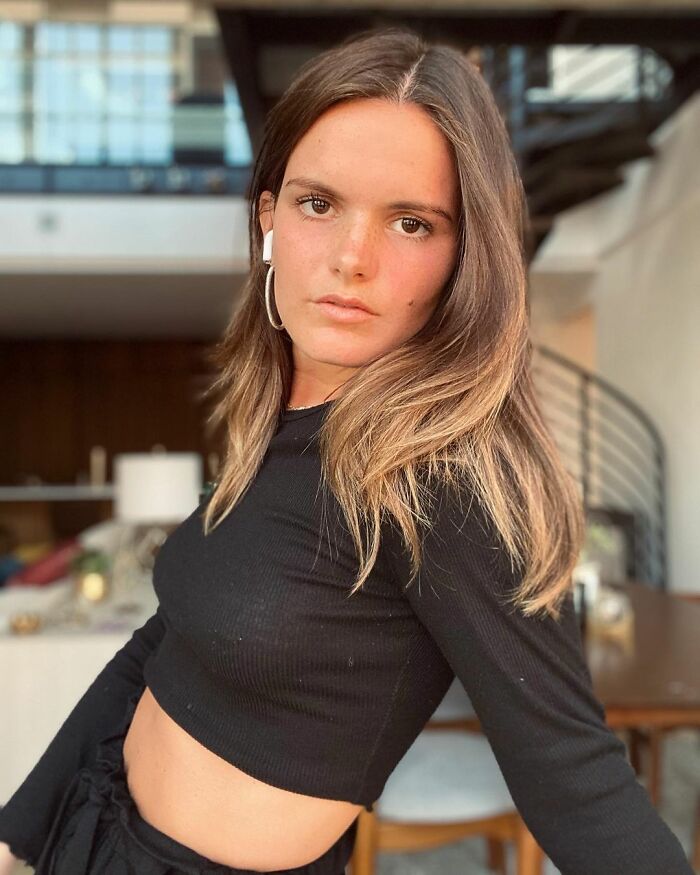 The radio host, who is Sabina’s neighbor, can be heard saying that his new neighbor talks very much and he is not about that life 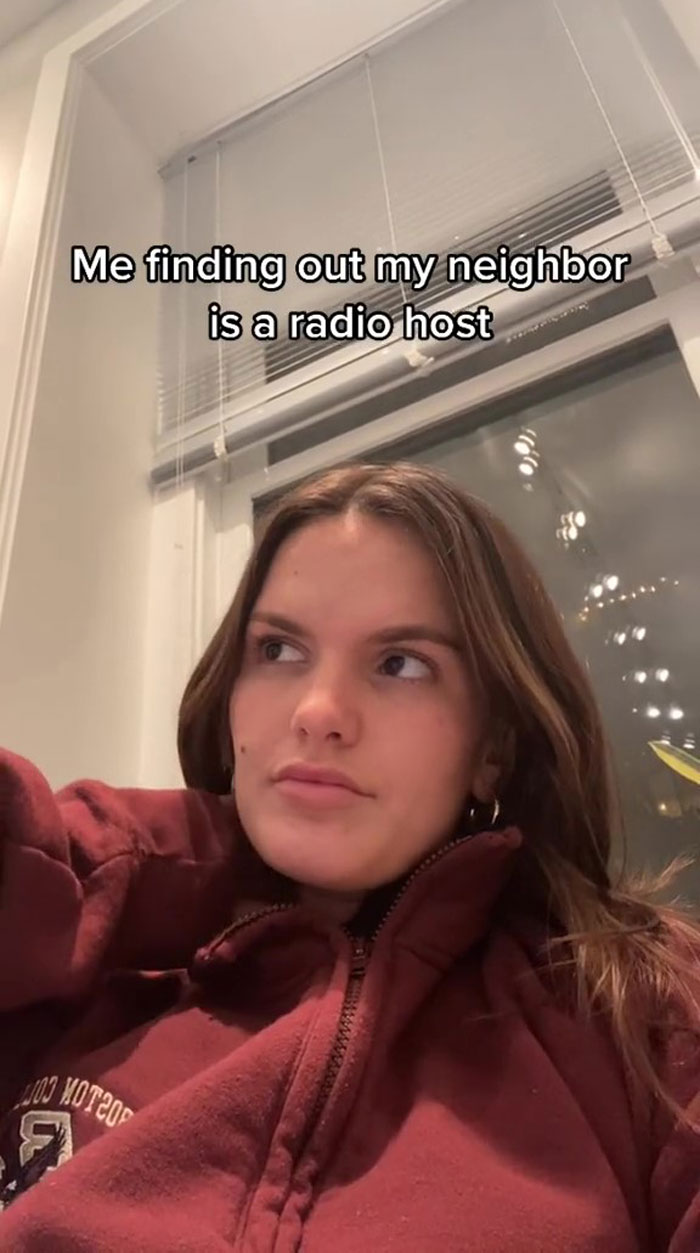 The whole situation really blew up as Sabina’s video went viral with 12.2 million views and 2.6 million people pressed ‘like’ on it. Even Justin himself saw the video and posted on his TikTok account announcing that he will be telling the whole story of what happened between him and Sabina and actually talking to her on the radio show.

At the beginning of the podcast, Justin explains that he really doesn’t like small talk and doesn’t want to talk to his neighbors after work. He also adds that Sabina is 23 and attractive and he is 34 and he has a girlfriend so he thinks it wasn’t appropriate for him to get friendly with her. 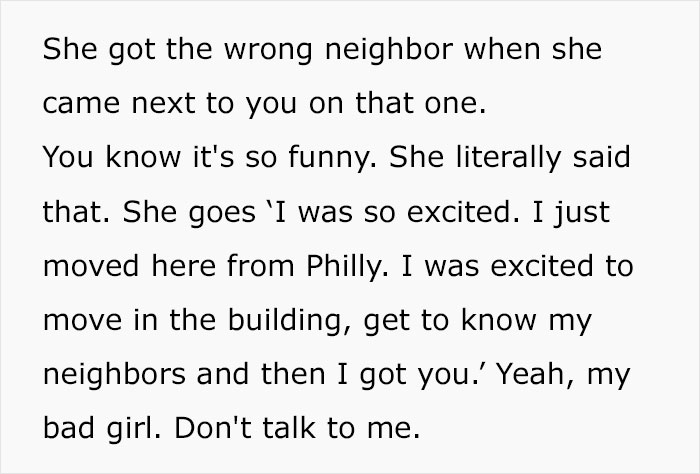 After a while, Sabina joins in and says that she was just so excited when she first moved in and was hoping to make friends. So when she saw Justin, Sabina thought he looked friendly, so she approached him. Justin told Sabina right off the bat that he isn’t the one to be chatty with and he won’t be one of her friends who would show her the city and would go out with her. Actually, the words he used were “This isn’t a sitcom, this isn’t Friends.”

The TikToker admitted that the fact Justin wanted nothing to do with her made her want to talk with him even more. She told Justin, “So I just kept bothering you, because I was honestly just bored.” 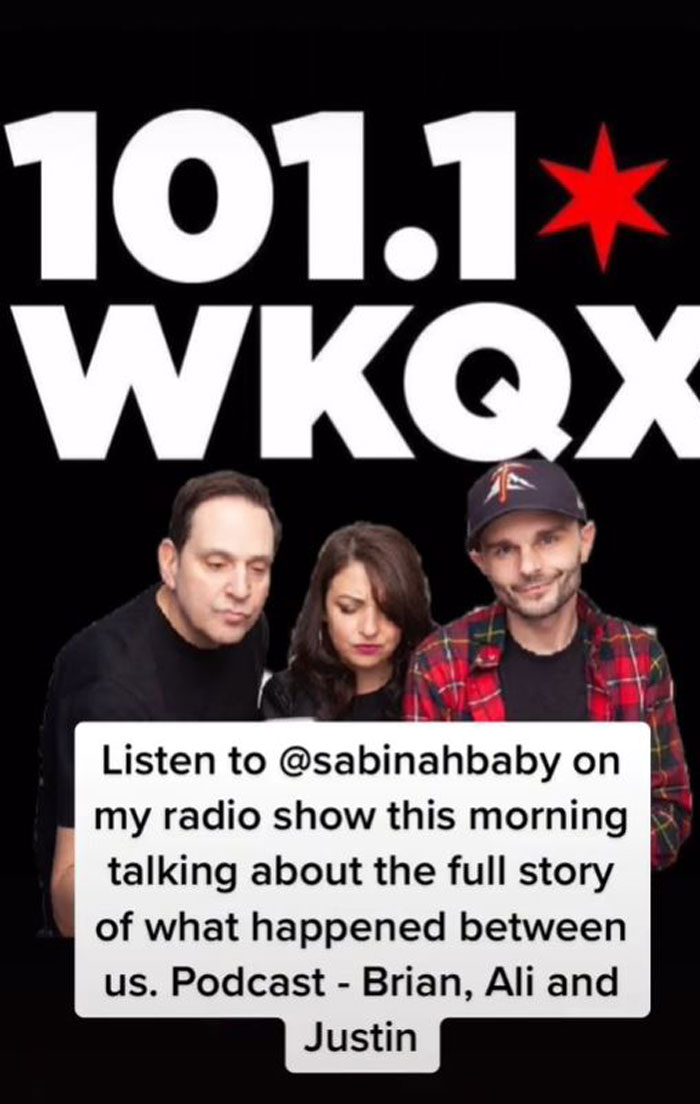 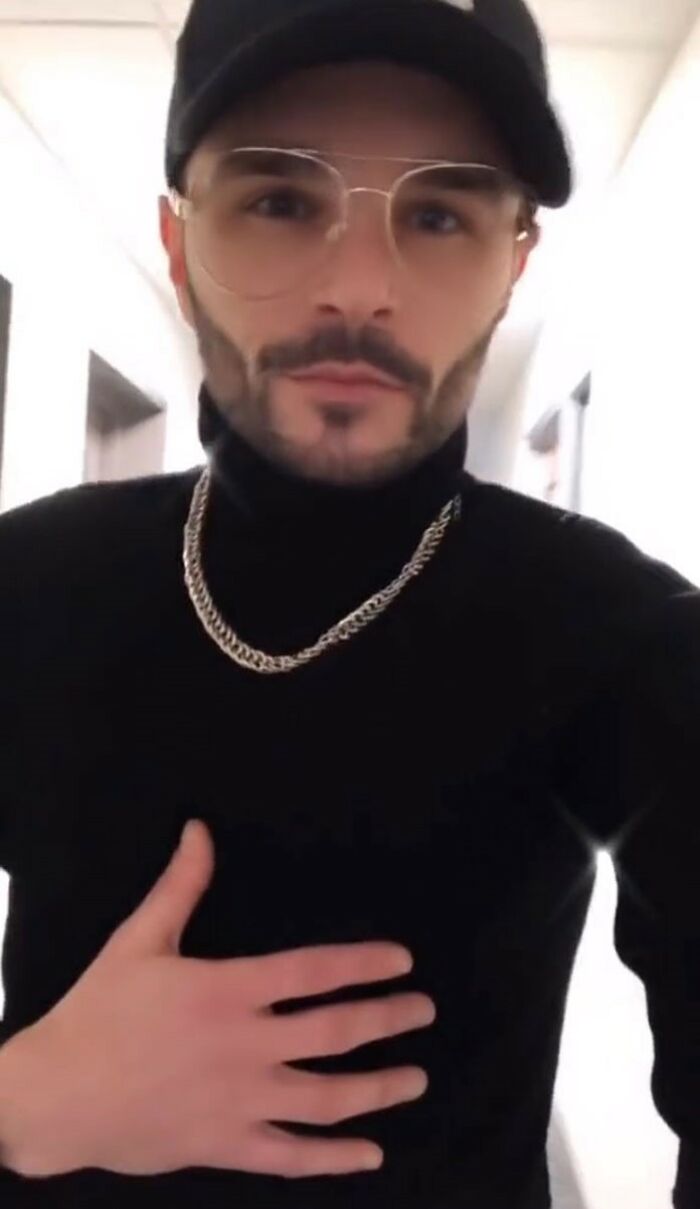 Justin remembers a situation that really irritated him and made him dislike Sabina even more. He believes that Sabina knocked on his door asking to help with her package just so they could small talk. He thinks that the package wasn’t that heavy and Sabina just created an opportunity for herself to chat with Justin.

The radio host also asked why she did the video. Sabina thought it was good content and getting attention is nice. But she didn’t expect it to blow up so much and she definitely didn’t want people to start attacking him. Justin appreciated that Sabina didn’t mention his name in the video or the name of the radio, but the internet did its thing and the radio host started getting very mean messages from random people.

He also added that Sabina did apologize for making the video and even offered to delete it. But Justin thought that it would be better if she did a second part explaining the situation in more detail. 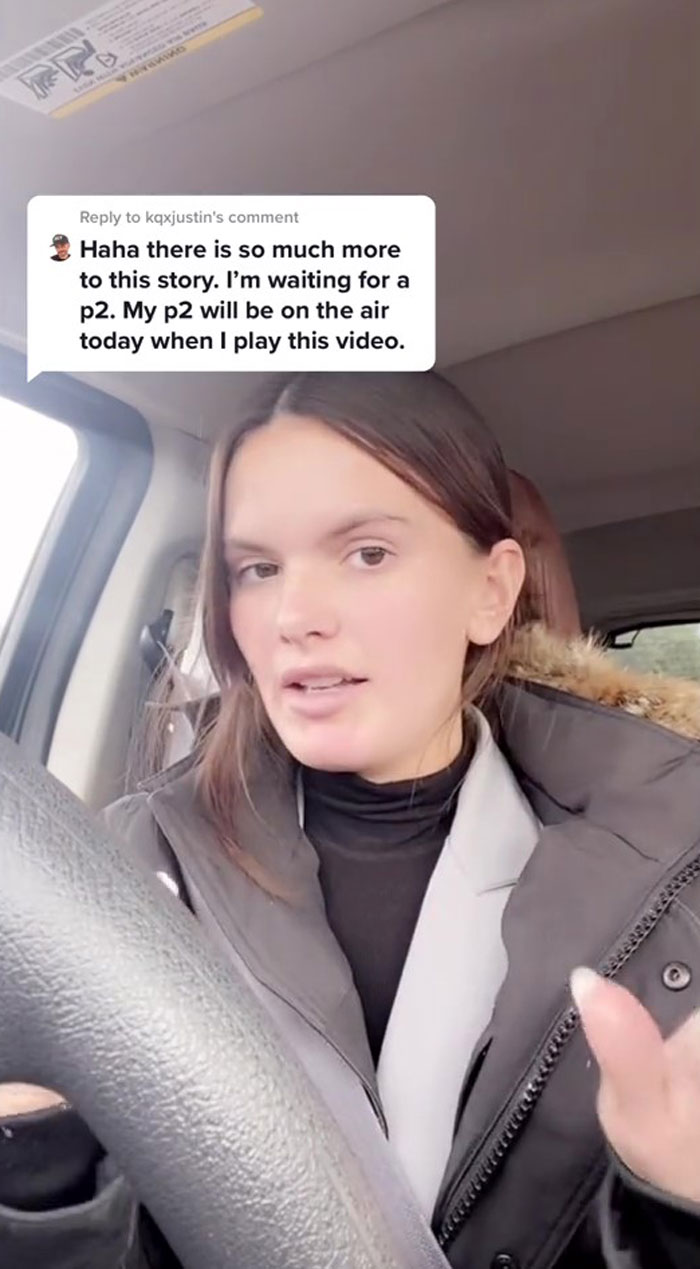 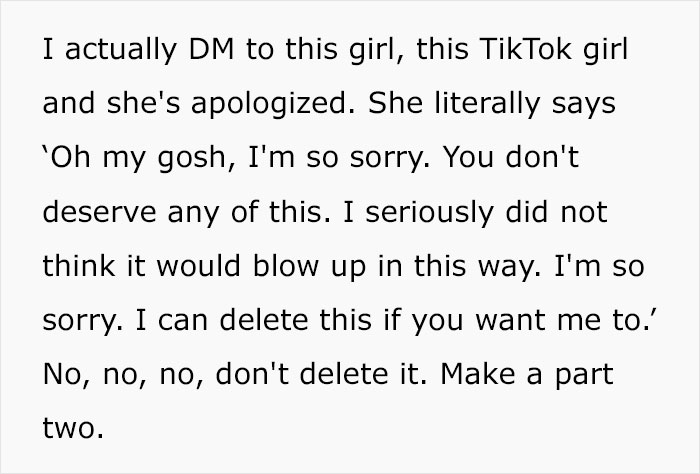 Sabina did upload an update video. She confirmed that what Justin was saying was true and that he didn’t deserve the hate that was going his way. She didn’t take the situation to heart and encouraged others to do the same as “It’s not that deep.”

However, most people under Sabina’s video felt otherwise and still were of the opinion that Justin was a real jerk and being nice to neighbors doesn’t cost anything. A lot of people felt like Justin was blaming Sabina for nothing as he started this whole thing first by talking about her on air. 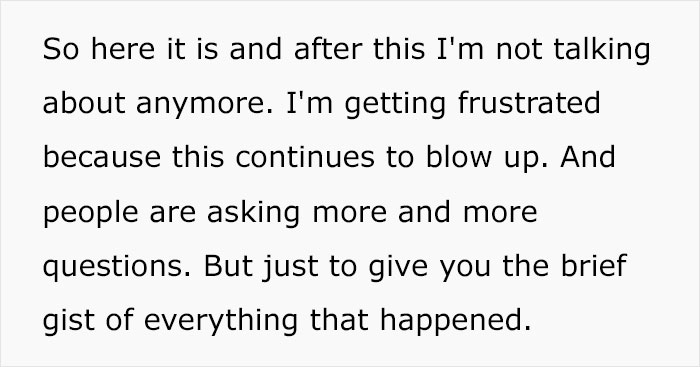 People on the internet were divided: those who know Justin say that he did nothing wrong and those who first saw Sabina’s video believe she didn’t need to apologize 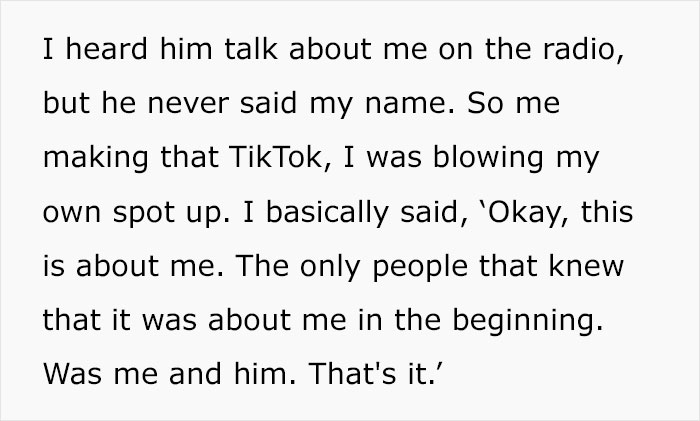 Also, during the podcast, his colleagues Brian and Ali listened to his side of the story too and were siding with him. They talked about how Justin is an overall good person as he is always helping random strangers and can’t go past a homeless person without giving them something.

The radio hosts wanted to hear some opinions from their listeners so they talked with a few people who called to say their verdict and they all agreed with Justin that he didn’t owe Sabina anything. 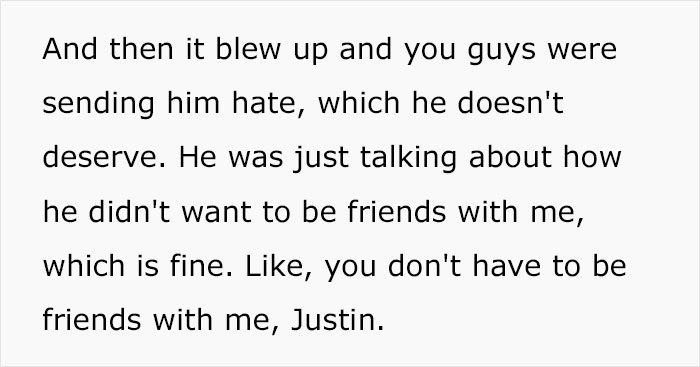 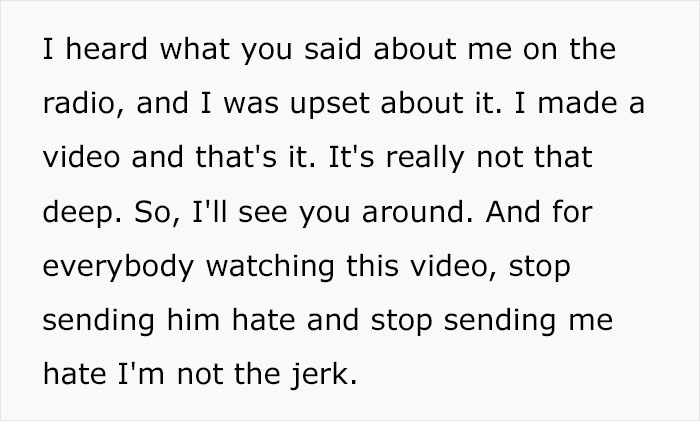 On one hand, you should always be nice and polite with your neighbors or anyone, actually. But on the other hand, you are not always feeling up for a chat with a stranger, especially, when you are already home where you want to feel safe and just relax.

So we are very interested to hear what your thoughts are after listening to both sides of the story. Do you agree with Sabina’s followers that Justin was really rude and should also apologize to her, or you think Justin did nothing wrong and if he doesn’t want to talk to someone, he has the right to?

Here you can take a look at the viral video

Let us know who do you side with!

Share. Facebook Twitter Pinterest LinkedIn Tumblr WhatsApp Email
Previous ArticleWoman Asks If She Is Wrong For Reporting OB/GYN Receptionist Who’s Also A Family Friend For Breaking A Confidentiality Law
Next Article This Guy Found A Roll Of Film From WWII At A Thrift Shop And Shared These 18 Pics From it