In America, nearly 11 million children are poor. That’s 1 in 7 kids, who make up almost one-third of all people living in poverty in this country. After growing up, none of those kids take things for granted, and they can clearly see the obvious prerogatives that the privileged and rich are lucky to have.

So when someone posed a question to people “who grew up poor, what do you associate with being rich?” on r/AskReddit, it immediately turned into an eye-opening thread. Below we selected some of the most interesting and thought-provoking responses that make us question simple things like going to Disneyland, buying new, not used furniture, and not having to dread grocery shopping.

Scroll down below, and after you’re done, be sure to check out our previous post with small subtle things about wealthy people that scream they are insanely rich. 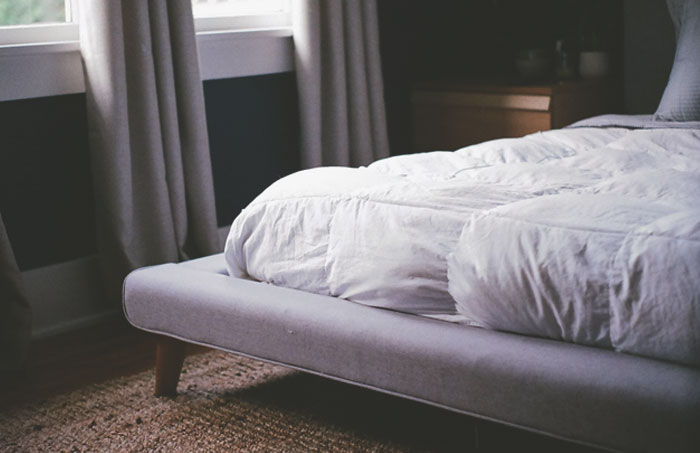 Knowing what a duvet cover is and owning one. I remember when my wife and I were newly weds and she was telling me how we needed a duvet cover for our bed. I had no clue what a duvet cover was prior as I always though people just purchase sheets and/or the big ass blankets with the lion/tiger prints. Suffice to say, my mind was blown away. 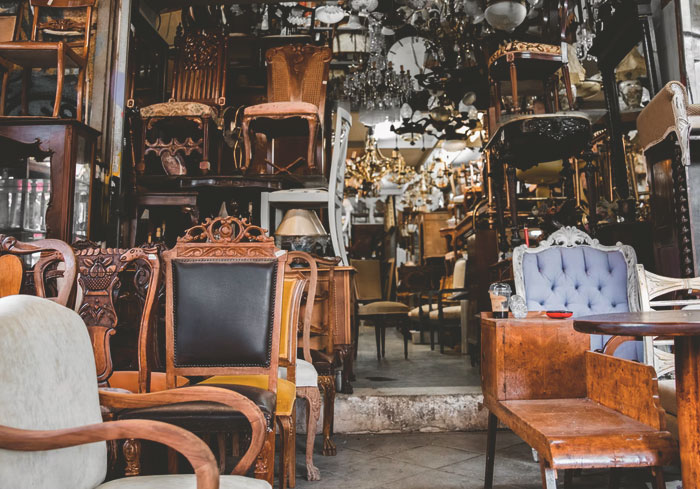 Going to a store to pick out furniture. Like, actually buying NEW stuff, not just taking whatever you can find at thrift stores or garage sales. That seems so luxurious! 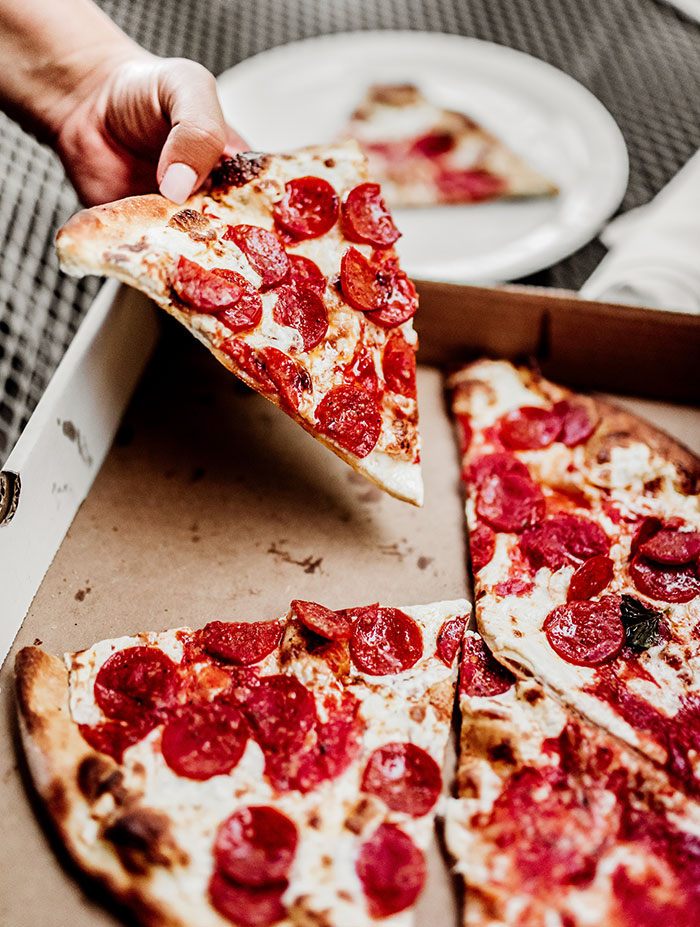 Eating pizza because you want to not because it’s $2. That and mom eating along with us normally instead of pretending that the crust is her favorite part and that’s why she’d eat the crust we leave. 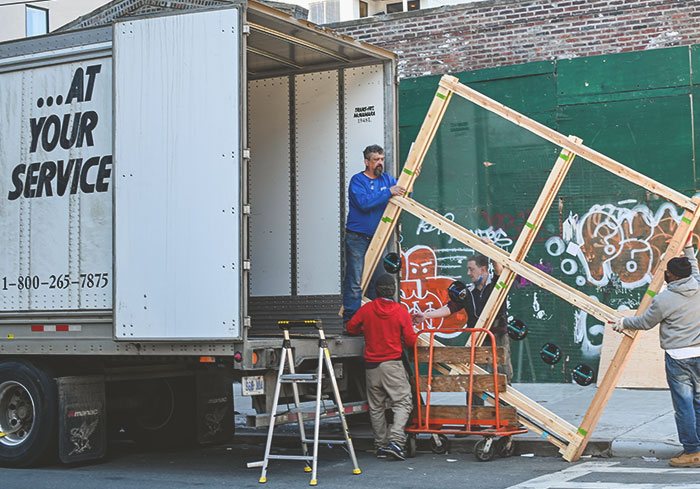 Hiring moving men. Especially if they’re the ones who pack all your s**t for you, too.
So many times, I would borrow a friend’s pickup (and buy my friend’s help with offers of pizza and beer) to move from one s**tty place to another.
For my most recent move, my wife and I packed everything, but hired professionals to load and unload it. I felt like a king. 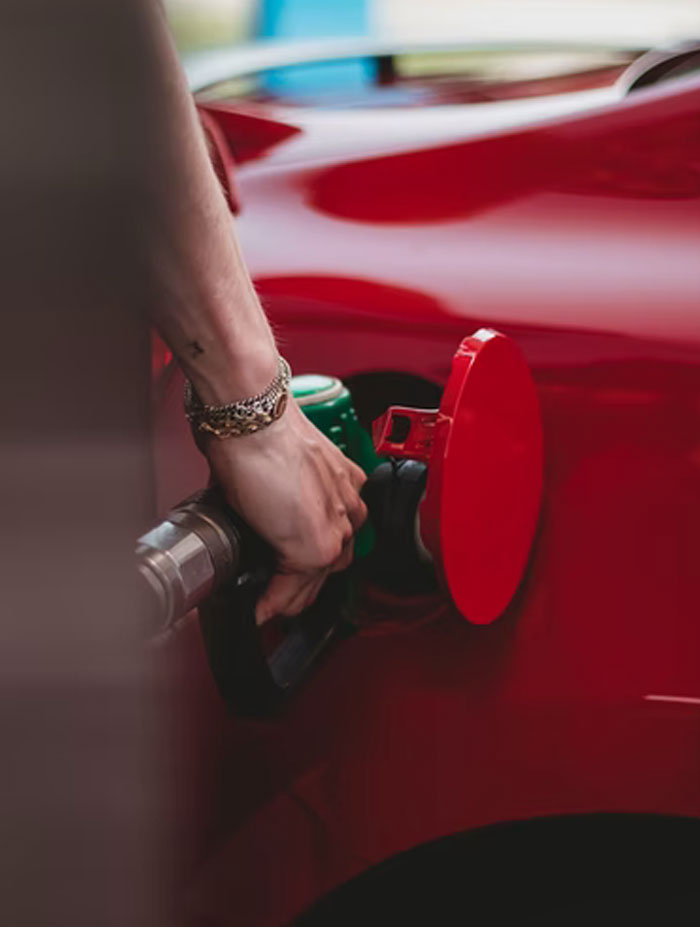 There’s a line from Nick in new girl that describes being well off as ‘filling your gas tank up all the way rich.’ That was the rich I wanted to be. Comfortable. Also not having to do math in the grocery store to see what food you can buy. 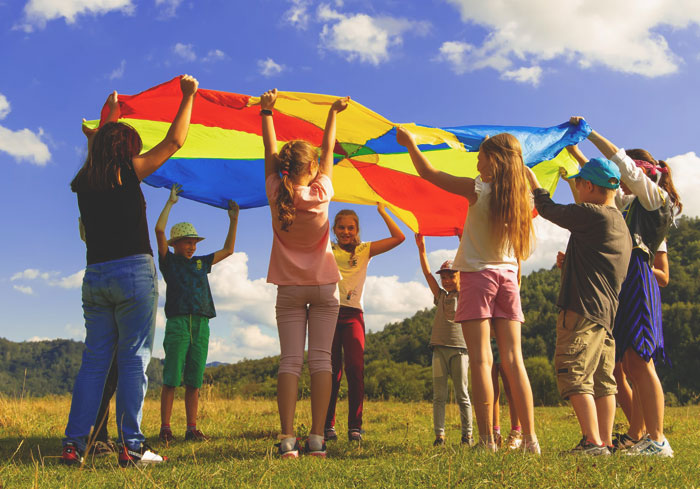 Kids that went to summer camp. I got sent to long distant family and worked on family farm. 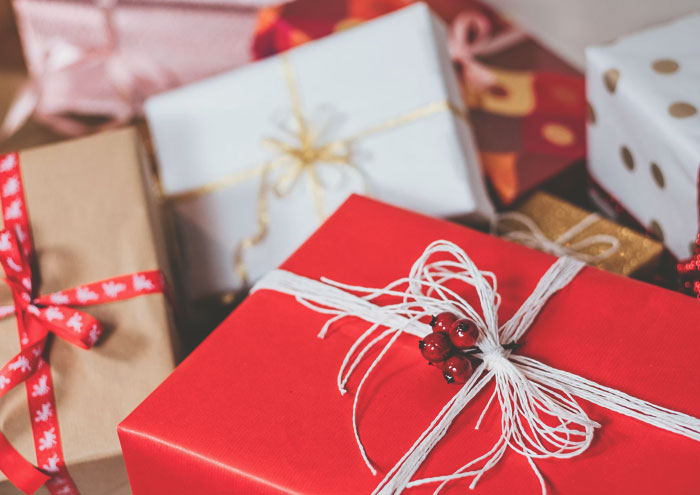 Eating out. Birthday presents and Christmas presents that’s not clothes or school supply. New clothes that’s not hand me downs. And haircuts at a hair dresser. 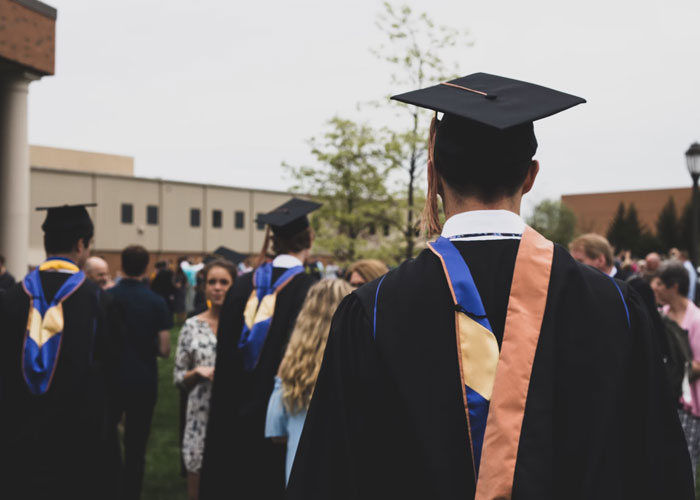 Despite the amount of financial aid some people in poverty can get, the debt, no matter how much smaller it may be, will still strangle you until there is nothing left.

Especially when you’re already in a financial class that already struggles with paying for food. That is one of the reasons I never personally bothered going to college; because I knew there was no way I would be able to pay it off without killing myself in the process 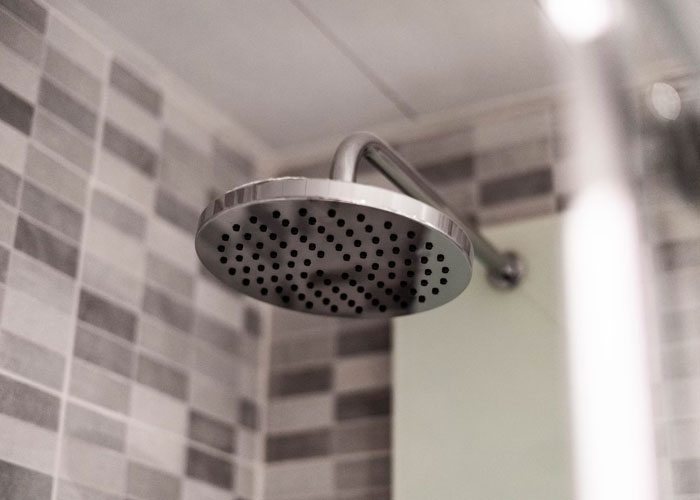 Showing my age but having a shower in your house. Back in the day only people with money had showers, we all only had baths. 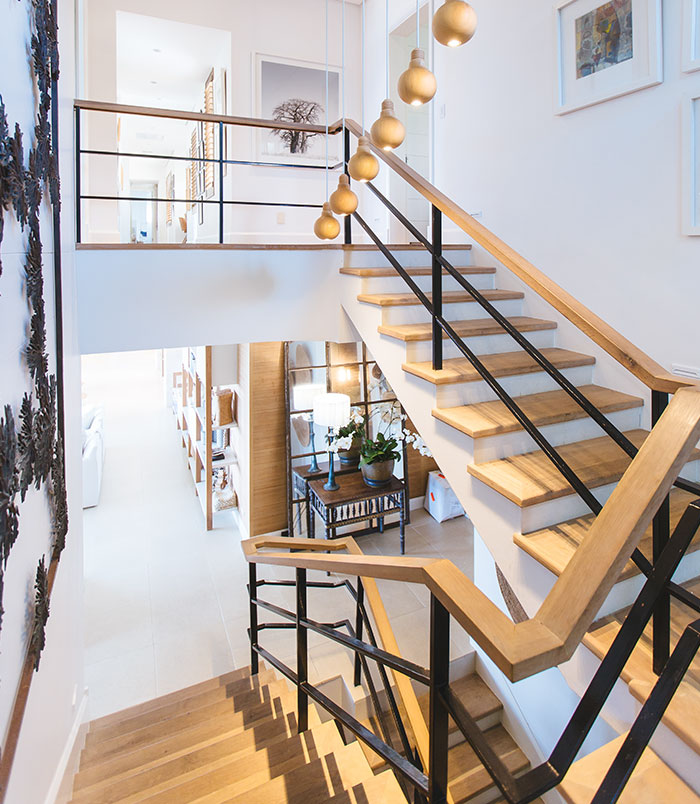 Stairs. I’ve always lived in an apartment, so for me, I really hope that I’ll one day have a house with stairs.
Also well balanced meals, three meals a day. 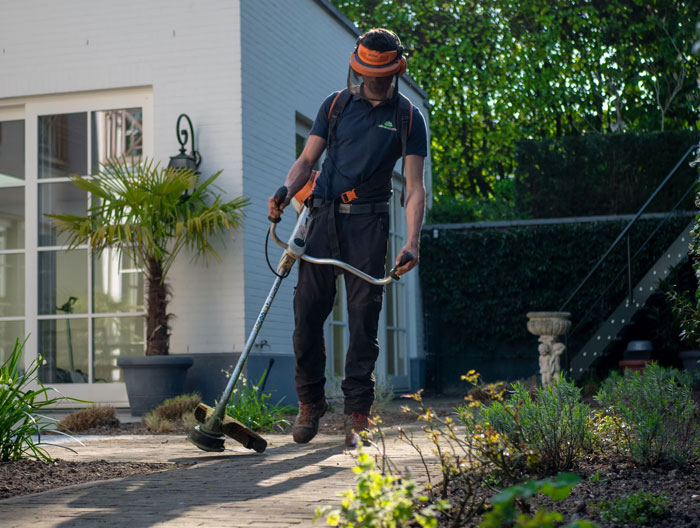 Hiring people to either cook, clean, mow the grass or do snow removal in the winter.

I don’t remember ever having name brand items, food or clothing. It was all generic Kmart. I bought my son a pair of Nike shoes and thought I felt rich for doing so. 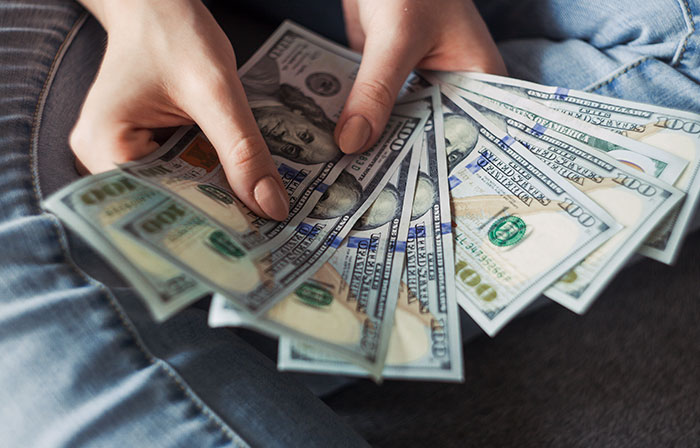 Indifference. I realized what real wealth meant in high school when we cleaned up trash from a creek and the rich kids wore their Polo shirts, Guess jeans, and Jordan’s because if they were trashed they simply would get new. The poor kids wore their grubby clothes they do labor in.

Wealth is shown most acutely by indifference, nothing matters because money will fix it and there is plenty enough to fill black holes.

Parents having time to show up in school events or parents throwing birthday parties in school for their kid.

Box Tops for Education. When I was a kid, a whole bunch of food companies ran some sort of fundraising thing where you could cut a little coupon called a box top off of whatever name-brand product you bought and they would donate money to public schools. My elementary school always had prizes for kids who brought in box tops. I remember the lowest tier prize was a scratch and sniff sticker if you brought 5 box tops. The trouble was, at the time my parents had just divorced and my mom was having trouble making ends meet so we could never afford more than the generic versions. I was never able to save enough box tops to get a prize.

Parents that didn’t fight. Mine and my other poor friends’ parents were always fighting. Most of the time my parents fought it was over money. You could tell that they were just scared whether or not we were going to make it and that’s how it manifested. You just never really saw that same type of fighting at the friends parents who were comfortable.

Like obviously there’s more factors but there’s a unique chaotic tension in poor households that is hard to describe.

Having space. House is too damn small for all of us and my parents can be pretty toxic

For that matter, just going OUT to eat was a luxury.

Fresh fruit and vegetables. Anything we ever got was frozen or from a can. Frozen and canned last longer too.

People that openly had fruit bowls on their tables was the epitome of lavish for me as a kid.

Throwing away the ketchup when it’s “empty” instead of putting water in it so you can use what is left in the bottle.

Having the crayons that have the sharpener built into the box.

Having a kitchen big enough that your gas stove is on an island.

Also a decent bathtub. The kind you can actually soak in if you’re an adult.

Kids who showed up to the dress-up days at school with an actual store-bought costume rather than an old t-shirt their mother adapted. Kids who came to the school disco and not only had the money to get their ticket, but also extra for sweets. Kids who always had the best stories about their exciting holidays and the cool things they did there. Kids whose school uniforms were brand new and had those sewn-in name labels instead of bought from the school second hand store. Kids who had so much food in their lunch boxes that they actually left some because they were full, and they had a snack for morning break.