“Am I Wrong For Wanting My Husband To Turn Off The Lights And Faucets? I Am Not Sure Any More And Think I Have Gone Insane”


People change. Usually, over time. But the antagonist of this story did a complete 180 in just a moment after the wedding bells rang for him and his wife.

A few weeks ago, Reddit user u/aitalightswater posted a story about her husband who, right after they got married, quit his job and took the family’s finances into his own hands.

Now, he even keeps the lights on and water running in the house all day, every day. Literally.

When u/aitalightswater tries to confront him, the man just repeats an analogy he came up with and lets her know he’s having none of her “nagging.”

Lost and confused, the woman asked other Redditors to hear her out and share their opinion on the situation. Here’s what she said. 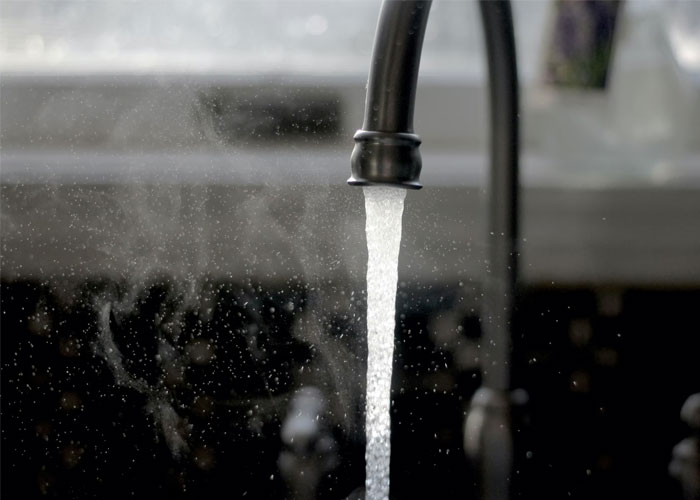 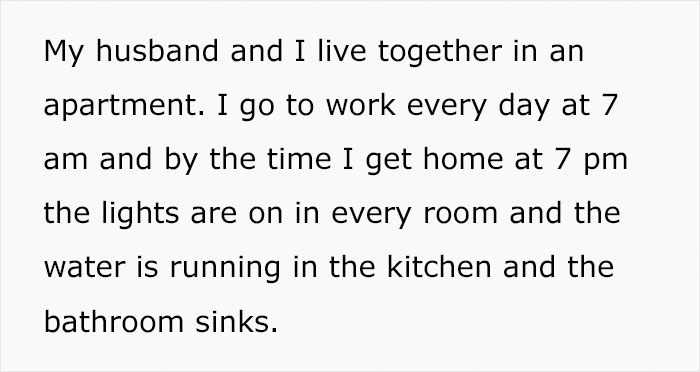 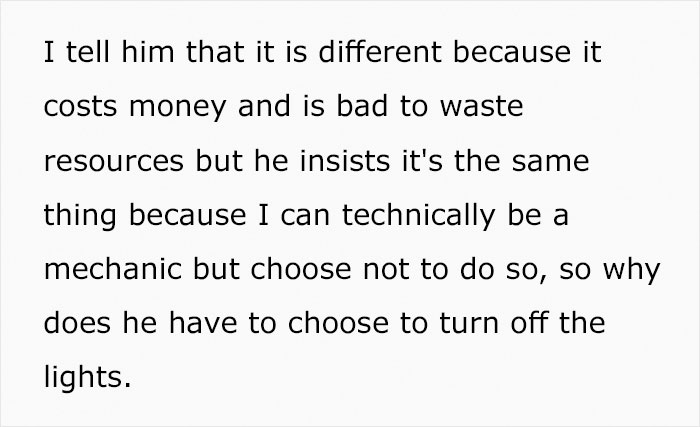 As the story was going viral, OP provided more information on the conflict 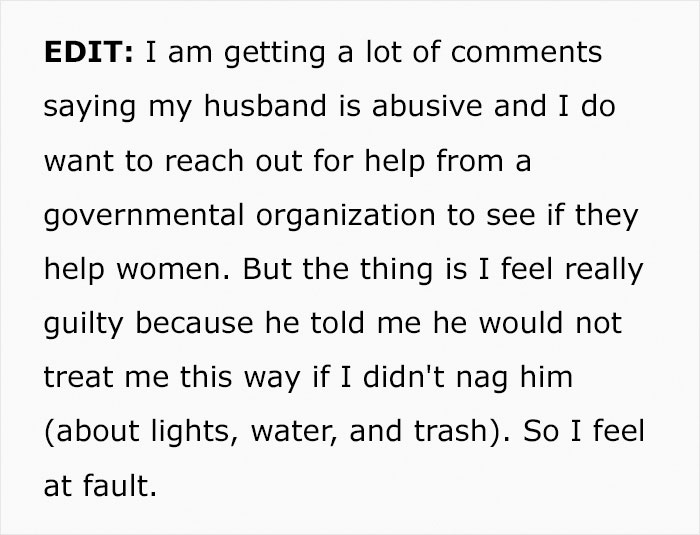 And replied to a few commenters 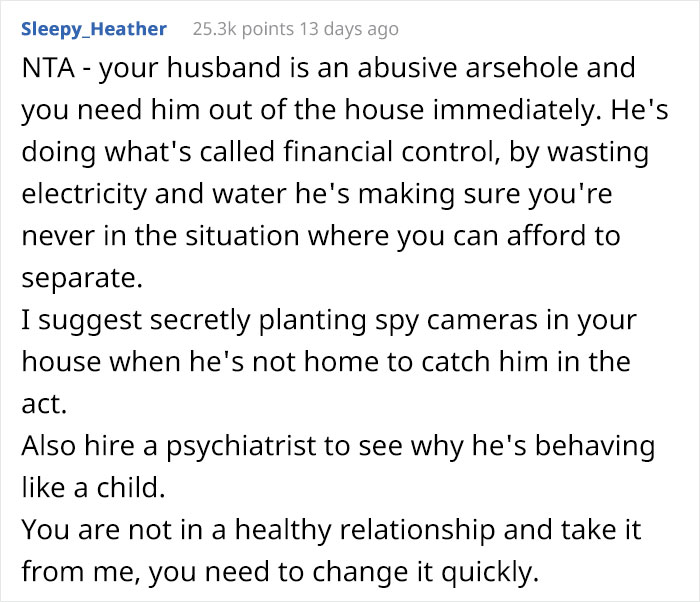 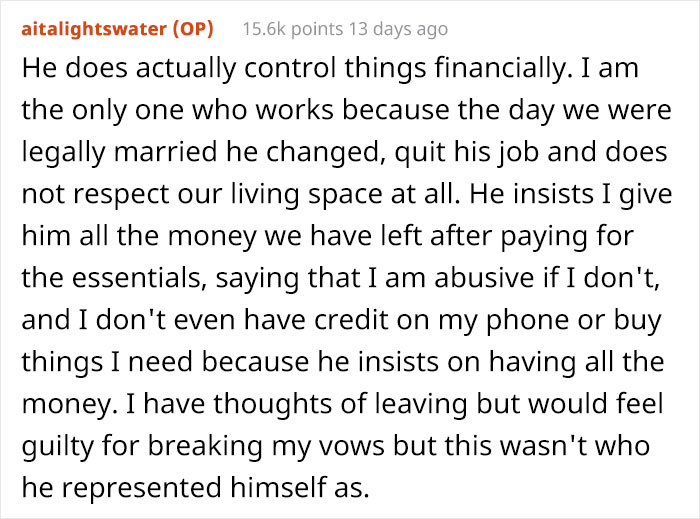 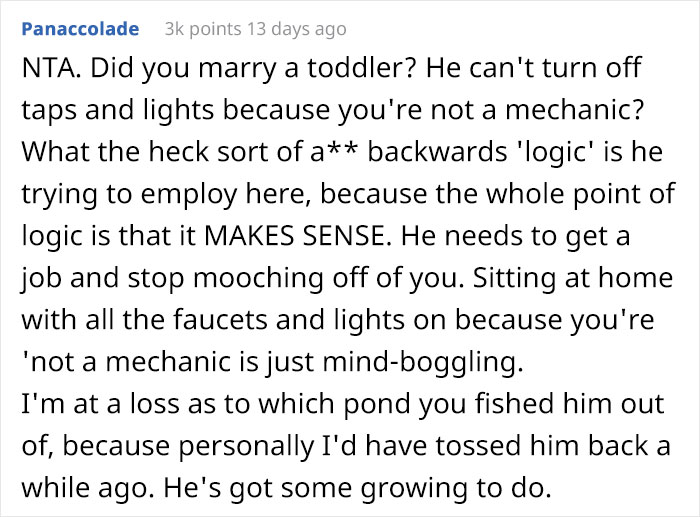 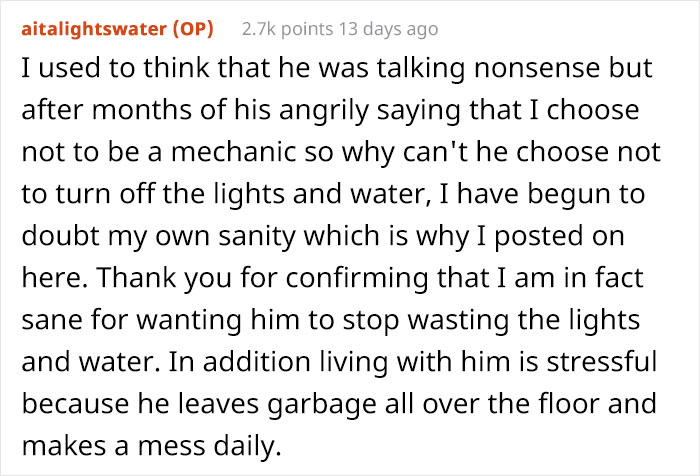 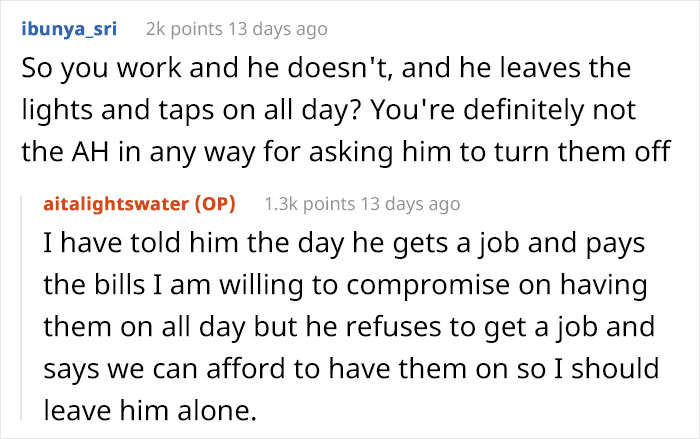 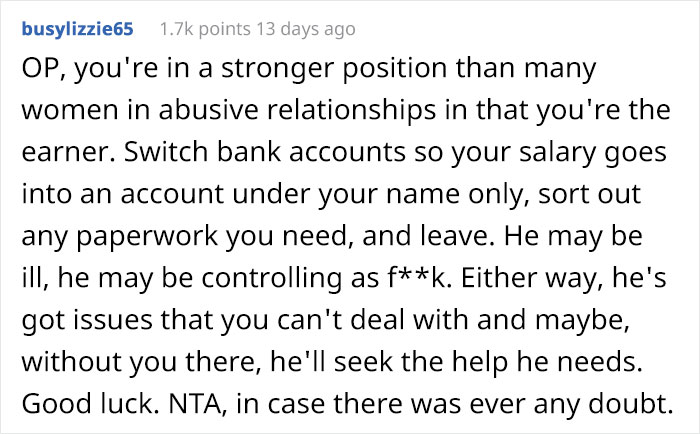 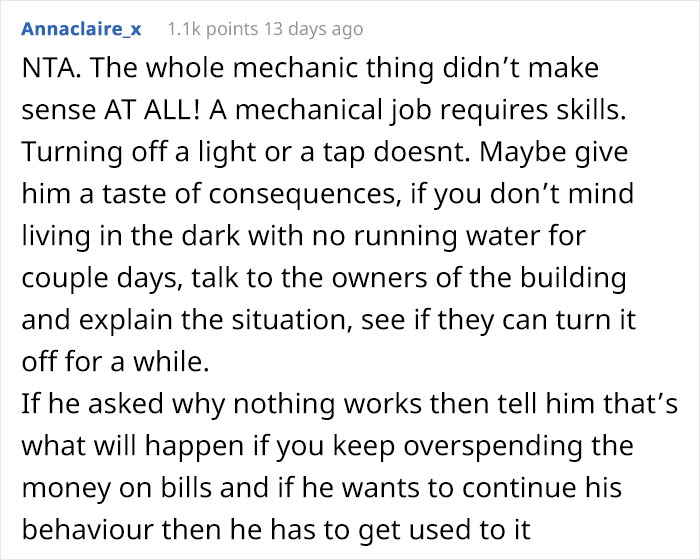 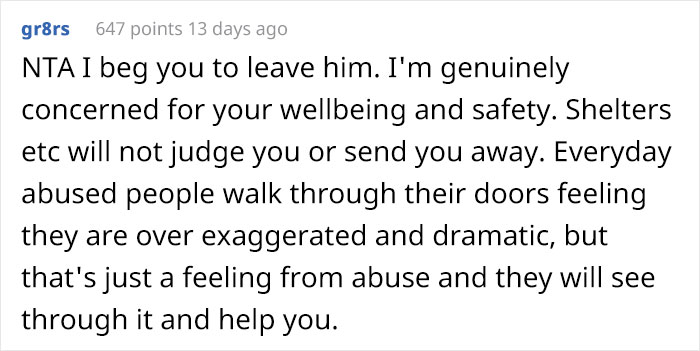