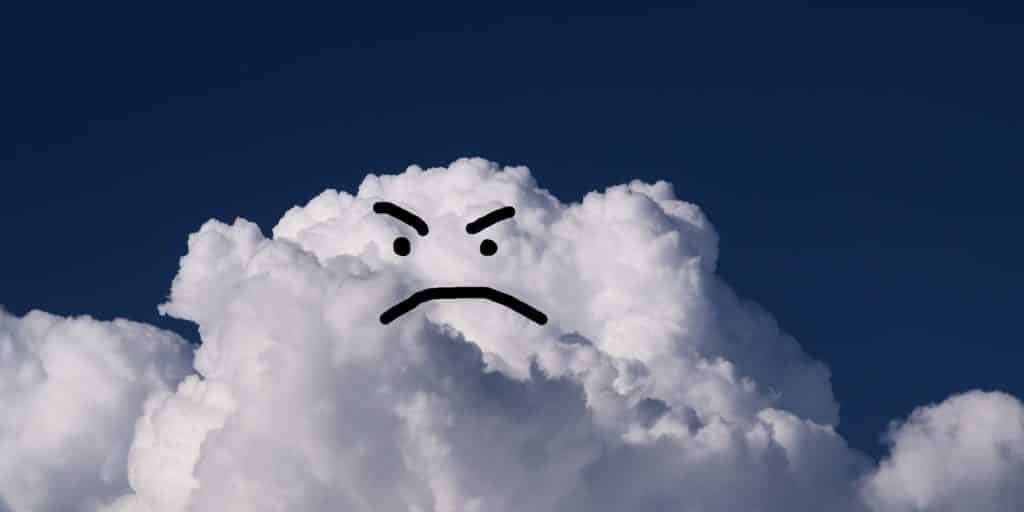 Hi, I’m Cumulus. A lot of you consider me to be a soft and fluffy object floating in the sky even though I weigh about a million pounds. The fact is I’m actually an aerosol consisting of a visible mass of minute liquid droplets, frozen crystals, or other particles suspended in the atmosphere.

Let’s talk about the elephant in the room. You guys get a real kick out of using your “imagination” to tell your friends what you think I look like:

“Look! A boot with a penis sticking out of it.”

“A ladybug, a hammer, a bunch of grapes.”

And don’t get me started with Joni Mitchell and her “rows and rows of angel hair and ice cream castles in the air” nonsense.

Let’s get a few things straight. First of all, I really don’t like being pointed at. I do not appreciate being turned into whatever your subconscious has dreamed up. I do not want to be the free entertainment during your picnic date. The wind already controls the direction I go in. I don’t need you guys telling me what random thing I look like.

Also, how do you think I feel when all of you go around saying “not a cloud in the sky” like it’s such a great day?
Have you ever considered what you guys look like to me? On a sunny day at the beach, I’m seeing a bunch of greased-up bacon strips in various stages of frying. When I rain, you’re an army of wet ants running in random directions.

Where the hell are you people rushing to in those little toy cars? Take it from me, it’s much better to simply drift around like I do.

The other day I caught up with a gaggle of humans bobbing around in a wave pool and the first thing I thought of was “flesh corks.” And it’s not just the faraway view that gets to me. Every so often, you’ll fly by on an airplane and I’ll get a glimpse. For the most part, you look bored and tired, but lately I’m getting another vibe—some kind of High Altitude Wrestlemania. What the heck is going on up there?

Are you feeling objectified yet?

I must admit, sometimes after I snow, the world looks kind of pretty, and I enjoy watching you ski down the slopes. But that’s about it. When you’re all bunched up together at outdoor music concerts and sporting events, I can only compare you to lines of sweaty ingrown hairs.

And what’s with all those red hats I was seeing a few years ago? It looked like some kind of weird STD rash, Yuck! I’d rather float by a farm and watch cows swish their tails and make poop patties. At least in that case I can pretend it’s a nice Playmobil set.

Sorry for all this venting, but I’m feeling kind of fragile. One minute I’m compared to “fleeces bathed in sunlight” and the next I’m literally disintegrating.

And another thing, can you please stop sending rockets with rich guys through me? I get the feeling that they could care less about my happiness.

Finally, I’m not too happy about the appropriation of my name to describe the “on-demand availability of data storage without direct active management by the user.” Seeing that, you’d think I was a real nerd.

Well, at least I tried to make you understand things from the other side. The sad truth is I generally only last for about four to six hours, even though some of us keep it together for more than 14 and travel thousands of miles before dissipating. So the next time you see a cloud, be nice and say, “Hey, a cloud.”