Announcement: I Am Getting into Classical Music 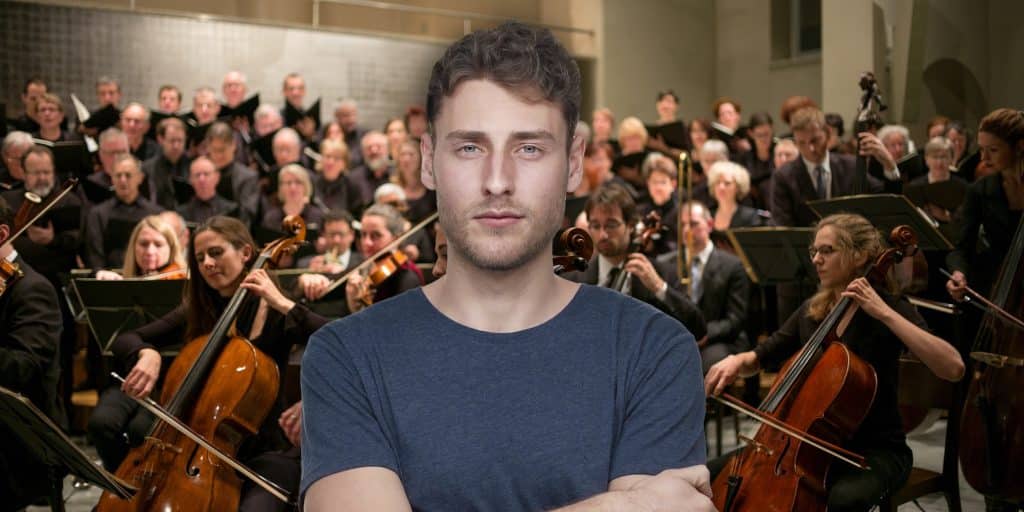 Friends and family, I am excited to share with you the following news: I am, once again, getting into classical music.

Classical music? Like, THE classical music? Yes, THAT classical music. You know the names. Beethoven, Mozart, the one who wrote the song that plays during Ocean’s 11 when they’re looking at the fountains of Bellagio. Yup, all those guys. And probably more.

Now, if you’ve known me a little while, you’re well aware this is not my first classical rodeo. This wouldn’t be the first time I dipped my toe into some Vivaldi and then—two days later—jumped back into the warm embrace of The Chainsmokers.

It’s true… this is my seventh time officially “getting into classical music.” I thought it finally stuck on the sixth try but it turned out I was exclusively listening to soundtracks of movies made after 1999.

I’m sure my past failures have you wondering, why should I believe him this time? How will this attempt be any different? How long until I find him curled up in a ball on the floor, screaming about Chopin while listening to Fall Out Boy.

I’ll tell you how why time is totally, definitely, absolutely not like the others. This time, I have an app. And this music app’s catalogue is comprised solely of classical music. So, when I search “Taylor Swift,” I get nothing. And when I search “Daft Punk,” I get, “Did you mean Dvorak?” And by the way, Dvorak is pretty damn good!

Oh, that’s another thing you can expect: I am going to start name-dropping composers, like a lot. I might even sprinkle some fun facts into conversation. For instance, did you know that in order to preserve his choir boy voice, Haydn was almost castrated? Sure, you might not appreciate learning that while eating your spaghetti Bolognese but, down the line, I think you’ll thank me.

I’ll also be returning to recording snobbery. Say my friend Meg mentions a song she likes, I’ll ask, “What recording do you prefer?” She will inevitably look confused, to which I will grunt and say, “Well, for instance, I think The London Philharmonic’s recording of Beethoven’s Third Symphony should be labeled a war crime.” Meg might respond with, “I don’t think The London Philharmonic has done a version of Bruno Mars’ ’24K Magic,’” and I will pretend I didn’t hear her.

Yes, I am bettering myself, but, no, I am not changing. It’s still me here. Just because I now listen to more serious and more meaningful music does not mean I can’t appreciate the lighthearted (if a bit light-minded) fun of a new Post Malone song.

In fact, I think it’s cool how none of you worry what other people think about your musical taste. No matter how sad it is, you just own it. And that’s what I plan to do now. I’m not going to be ashamed when people realize I have very sophisticated interests.

See, I know in my heart that I’m the type of person who enjoys classical music. And I won’t stop until everyone else knows that too.

I Beseech Thee, Land-Lord, for Thy Forbearance with Rently Payments

A Mad Lib for Declining Social Events in 2022