January’s Poor Performance Will No Longer Be Tolerated 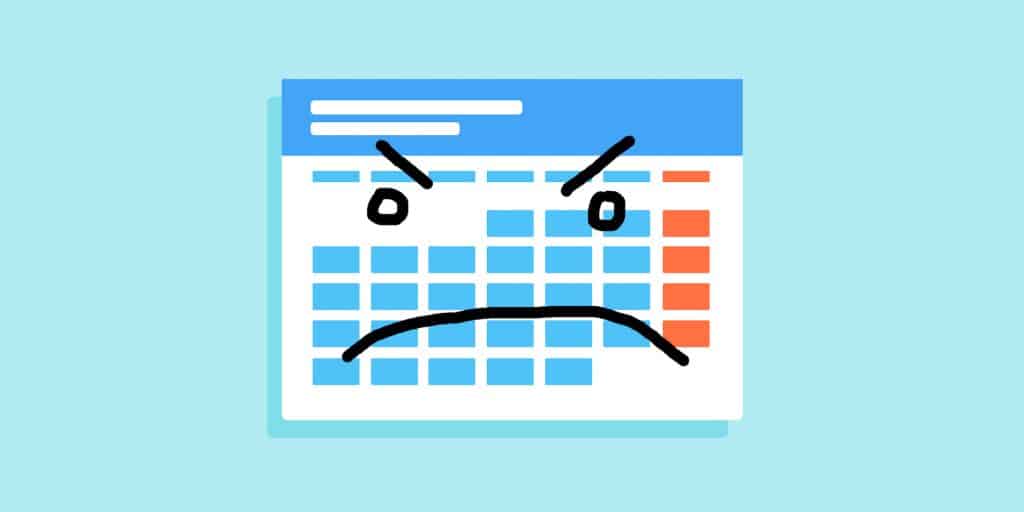 As you know, it’s the policy of the Calendar Council to conduct formal performance evaluations of the 12 business units annually. This year, we’ve moved to a 360-degree feedback system to gather comments and evaluations from your peer months, reporting days, and other key stakeholders like holidays and major events. Below is a summary of responses so you can have a comprehensive view and understanding of how your performance affects the entire company.

While performance varied, your performance fell well below the acceptable level. These findings aren’t meant to be punitive, but rather to promote a culture of progress and improvement. To maintain the integrity of the exercise, all comments are anonymous.

What would you say are January’s strengths?

The only good thing January has ever done is boost profits for his corrupt friends. The Ethics Committee has taken notice of how January has benefitted from gym memberships, weight loss medications, and black-eyed peas sales for decades. As such, an investigation of this unethical behavior is currently underway.

What should January start doing?

January could start by enrolling in some anger management courses. Learn how to deal with change calmly and confidently like every other month. We all know it’s been challenging since his split from the Holiday Union, but in fairness, the withdrawal agreement was his idea. The tension between January and October, November, and December has negatively affected every month of the year. Rather than the dynamic improving after the split, January’s independence from the Holiday Union has signaled a new chapter of mayhem. It can’t be easy following all that holly jolly, but a bomb cyclone? Wildfires? Bob Saget? We’re still in crisis management following last year’s insurrection stunt. January is a loose cannon and there need to be consequences for his erratic behavior.

Go back to the basics. January had a bright idea some 4,000 years ago: the New Year’s Resolution rollout was a hit. Now that he has been subscribing to the philosophies of the Solar Eclipse crew, his doomsday mentality has gotten way out of hand. The most dious month of the year? The month with the highest number of divorce filings? I’d like to see January focusing more on bright beginnings rather than endings. Perhaps a life coach could reignite the uplifting January we used to know.

Take a lesson on perseverance from August. We get it. It’s not easy following lively holidays. And just because you’re still bitter about December wooing New Year’s Eve over to the Holiday Union side while you’re left with Hangover Day, you still have to manage your emotions. After all, it’s your responsibility to set the precedence for the entire year. And right now, you’re shitting all over 2022 for the rest of us.

Embrace all of your holidays! Not just New Year’s Day and MLK’s birthday. National Clean Up Your Computer Month and National Houseplant Appreciation Day have appeal, too. Obviously, some months (ahem, July) have it made with National Ice Cream and Bikini Days, but all of your holidays should have equal worth and visibility.

What is one thing this employee should stop doing?

Stop pushing Dry January. It’s not happening, buddy. Not when you drop a bomb cyclone and leave thousands without power the first week on your watch. Also, get a better attitude. You’re not the only month with 31 days.

How well does this person manage their time and workload?

This asshole shits out a year’s worth of resentment towards December in his first week and expects to get paid while the rest of the month’s scramble to restore normalcy and cover his ass. Management is strongly urged to consider terminating January altogether. February has consistently demonstrated her ability to achieve more in less time while far exceeding her goals. Her rosy outlook is the kind of leadership our organization desperately needs.

As a next step, the Calendar Council commits to scheduling a date to review this feedback, build an action plan, and ensure that the Council has provided January everything needed to succeed.

comedy articles holidays jobs office satire and parody
Share. Facebook Twitter Pinterest LinkedIn Tumblr WhatsApp Email
Previous ArticleJohnson ‘too hungover’ to attend Prince Philip’s funeral after massive session the night before
Next Article Lies Men Will Tell To Get You To Sleep With Them

I Beseech Thee, Land-Lord, for Thy Forbearance with Rently Payments

A Mad Lib for Declining Social Events in 2022