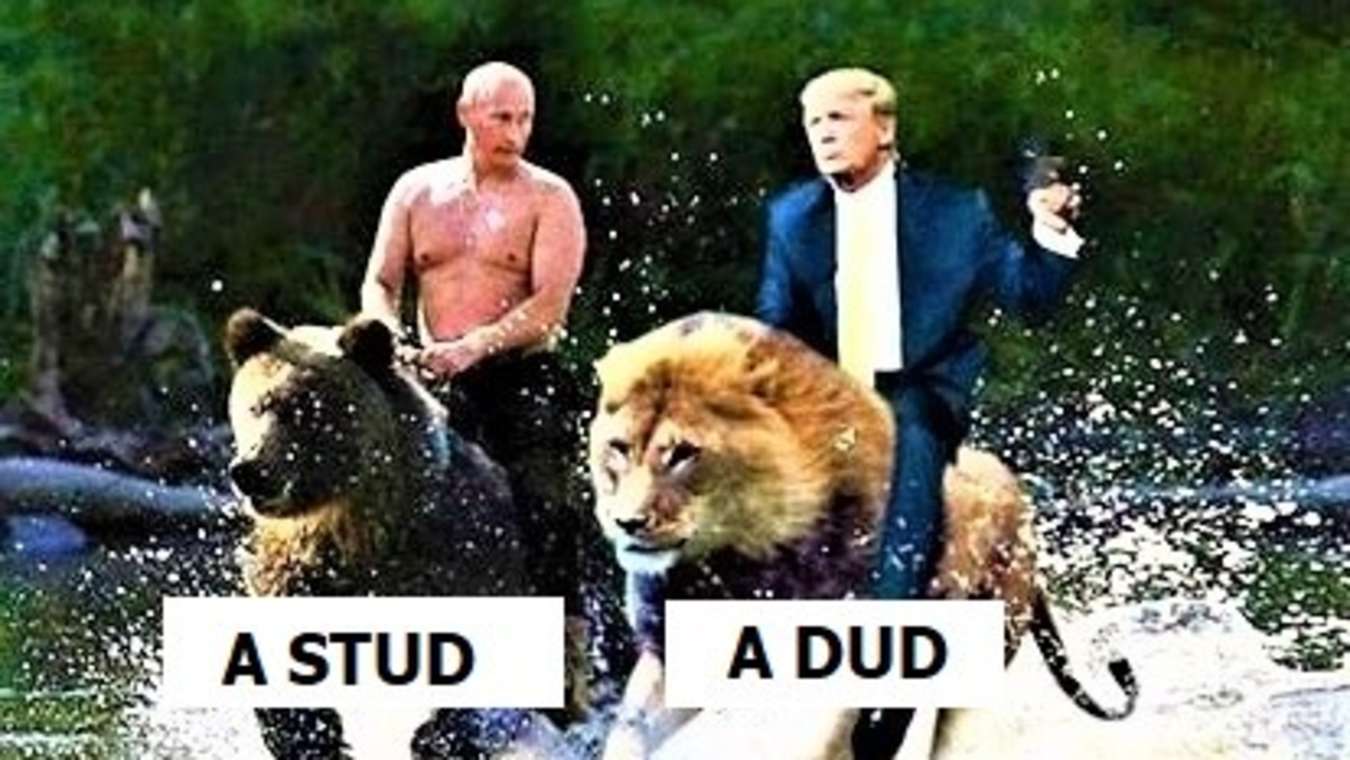 
Not only did Donald Trump look like a celebrity when he was president, he was a celebrity!

Now, dictators around the world have been seduced by The Donald. (Others want to use the definite article when referring to themselves as well: The Putin, The Kim, The Whatever the Asshole in Brazil Calls Himself).

Putin can’t keep his shirt on, sunbathing shirtless and riding a horse showing off his flabby bare chest. Plus he gave Steven Seagal Russian citizenship, and now old Stevie thinks he’s real and not a Hollywood actor, so he’s fighting in Ukraine! The line has blurred!

Let’s not forget old Kimmy Un (as The Offspring once sang, “give it to me baby!”) Kim Jong Un walked in slo-motion from a missile bunker while wearing a stylish leather jacket and doing his best to look like Tom Cruise!

He truly is bringing sexy back!

Donald Trump dances like a wooden puppet with a carrot up his ass — all the swinging cats and kittens are gonna be doing The Donald Dance real soon — as soon as their lobotomy scars heal!

What do they all have in common?

America has infected the world with glitz and glitter. Everyone wants to be a star – if you’re not famous by the time you’re in your twenties, you’re a loser and always will be. Ted Cruz and Boebert and Greene and … well, the Republican list goes on — they all say outrageous things JUST to get some camera time (you didn’t really think they were that stupid, did you?)

Elon Musk also wears leather and dates weird-looking girls with bizarre names – is she related to the Kardashians? Internet freaks makes themselves into digital gods. If you can gossip like a church wife in a small town, don’t know when to shut your mouth, and think your God’s gift to … everything, including God … you too can become an “influencer”.

Bill Gates is a computer geek who, somehow, thinks he’s a doctor, flying around the world in his private jet stabbing Third World children with his needles just to see what happens. Even Jeffery Epstein showed the world (posthumously, that is) that even a child sexual predator can be a super star!

So what can we all take away from this Hollywoodization of, well, everything and everyone? What’s it really all about? I think an old country-and-western songsmith, “Lefty” Frizzel, can explain it in the title of his song (made famous by Willy Nelson and Merle Haggard): “If You’ve Got the Money (I’ve Got the Time)”.

Money. Capitalism. Soon, you’ll be able to sell your own mother, or invest in others selling mothers all around the world. Soon white slavery will be listed on all stock exchanges. Soon little cartoon pictures you can display on your phones will be worth millions – sorry, that has already happened. Soon, if you own anything, there will be a buyer … until there is only one buyer who owns all, sells all, possessed the planet itself … Elon? Donald? Bill? Some oil sheik who counts murder as a hobby?

Only time will tell …