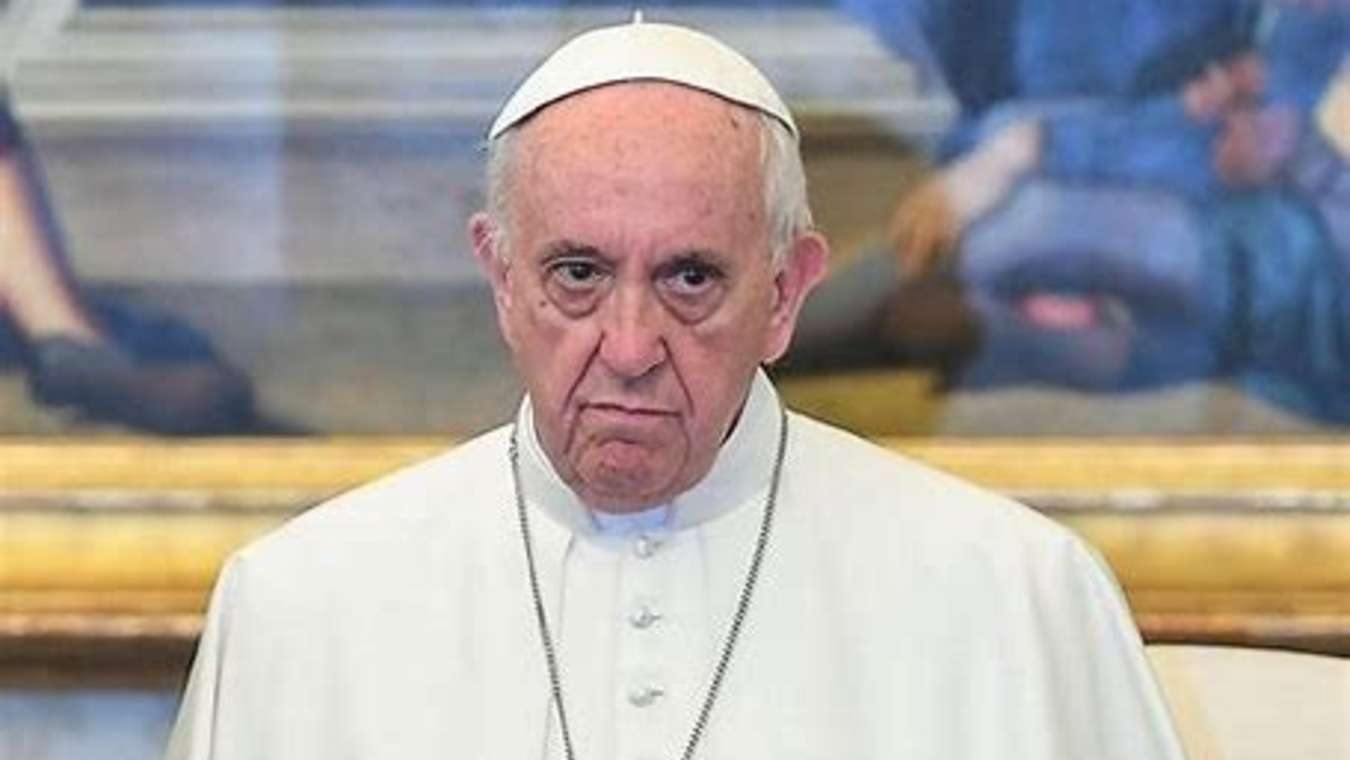 
THE VATICAN – (Satire News) – The Pope usually does not ever interfere in world politics, as he prefers to leave it to the world leaders, many of whom are nothing more than egotistic, arrogant, warmongering assholes (i.e. Putin, Kim Jong-un, Chang Fu, and Norman Fitzmeister).

But since Putin took it upon his mental midget mind to invade the peace-loving country of Ukraine, the Pope has put his Catholic foot down.

Speaking at the Vatican, before a crowd of over 75 assembled reporters, Pope Francisco made it abundantly clear that if the puny-brained Putin dares to use nukes against the Ukraine, he will demand that all of the world’s countries attack Russia with a furious fury that has not been seen since World War II.

When asked by a reporter for the Kremlin Voice if he wasn’t perhaps overstepping his bounds, Franky, as his grandchildren call him simply replied, “Hell no!”

Who’d of thought? Putin invading Ukraine again? Yes, that was always a possibility.Trump telling another…