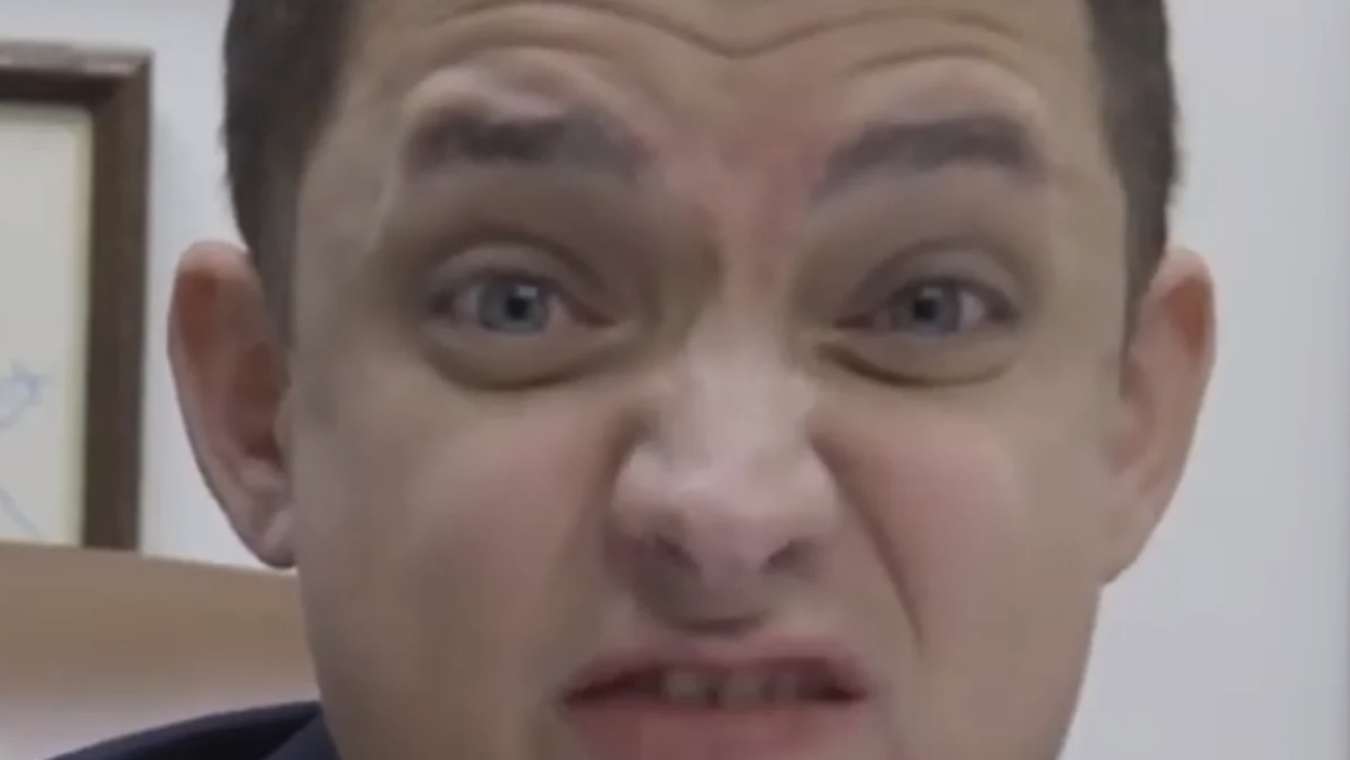 “It was crazy,” said Wilma Peronte. “I mean, we saw this little guy with this humongous cowboy hat come running from the building. He was screaming and waving his tiny, little hands.”

“Yeah,” said Sam Bevins. “He ran full speed, right into a wall. He fell down, then jumped up and did it again, several times.”

“I’m thinking he must have just heard the news that they might disbar him,” said Bevins.

News reports out of Austin indicated that Cain, a Deer Park attorney who specializes in defending men charged with soliciting prostitutes, faced possible disbarrment for ethics violations. Cain recently threatened to use his state government position to sanction Citigroup for protecting their employees. He is known for threatening to prosecute women seeking abortions for health reasons. He was the only ‘no’ vote from both Republicans and Democrats when a fellow Texas lawmaker became seriously ill during a legislative session.

“This is the clown who was called out for using racist language in a bill; freaked out and tried to put an end to palliative care for dying patients. He said they were death panels,” said Texas Democratic state candidate Charles Row. “It turned out that Cain – who ain’t the sharpest crayon in the box – had no clue what ‘palliative care’ means.”

“Mr. Cain is quite fortunate,” said Dr. Abby Gregott. “His injuries are severe, but he is in stable condition. Medically, that is – his mental condition is a whole other story.”

“Actually,” said Dr. Clem Bologna, “the repeated self-inflicted blows to his head may have actually helped Mr. Cain. In layman’s terms, it appears that he may have knocked some sense into his head.”

“I doubt that,” said Dr. Gregott. “In any case, he is on the road to recovery. Medically, that is. As mentioned, his mental state is still in flux.”

“We’re not entirely sure what happened,” said a source in Cain’s Austin office. “Representative Cain has not been in touch lately.”

Phil Dadelan, Texas Republican Party Chairman, said: “We try not to pay too much attention to Rep. Cain. He’s been a bit of an embarrassment to the Party.”

“That’s a bit of an understatement,” said Texas Democratic Party Chairman Rick Robert. “This is the guy who was suspended from Twitter for posting a death threat against Beto O’Rourke. Texas Monthly Magazine called him “uninformed and ignorant.” Cain is one sorry loser as a legislator.”

“Mr. Cain will remain hospitalized, at least overnight,” said Dr. Gregott. “We’re not yet convinced that he will be in any condition to return to civilized society. The maniacal manner in which he conducted himself, now and in the past, suggests a serious need for psychiatric evaluation.”

Brian Asshat, grammar nazi, and thrower of shoes has said, to no-ones great surprise, that…