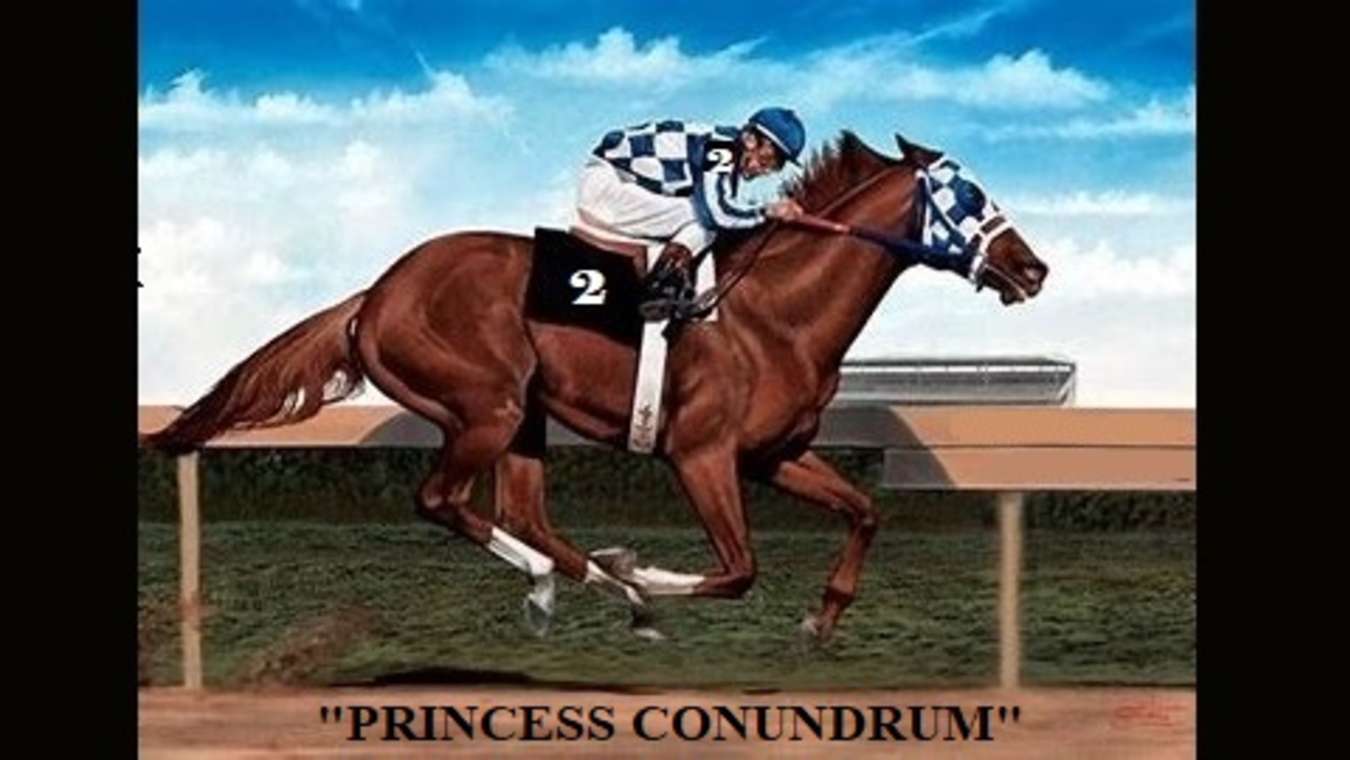 
LOUISVILLE, Kentucky – (Sports Satire) – The 148th running of the “Run For The Roses” as the Kentucky Derby is called will have a field of 24 horses, by far the most thoroughbreds to race at Churchill Downs.

The Russian horse, named “Comrade Putinski, has been disqualified due to the fact that Russia’s President Putin has become the most evil, heartless, cruel bastard since German Nazi Fuehrer Adolf “Shorty” Hitler.

“PrinCo” as Baffert’s personal chauffeur has nicknamed him/her is 2-0, winning The Lafayette Bayou Futurity on Feb.25, and then winning The Rocky Mountain Ultra High Derby on April 4 by lots and lots of lengths.

SIDENOTE: Andy Cohen has revealed that VP Kamala Harris has bet $19,000 on “Princess Conundrum to ‘win.’