I Live in the Border Town Where Debanhi Escobar Disappeared. Gender Violence Occurs Every Day 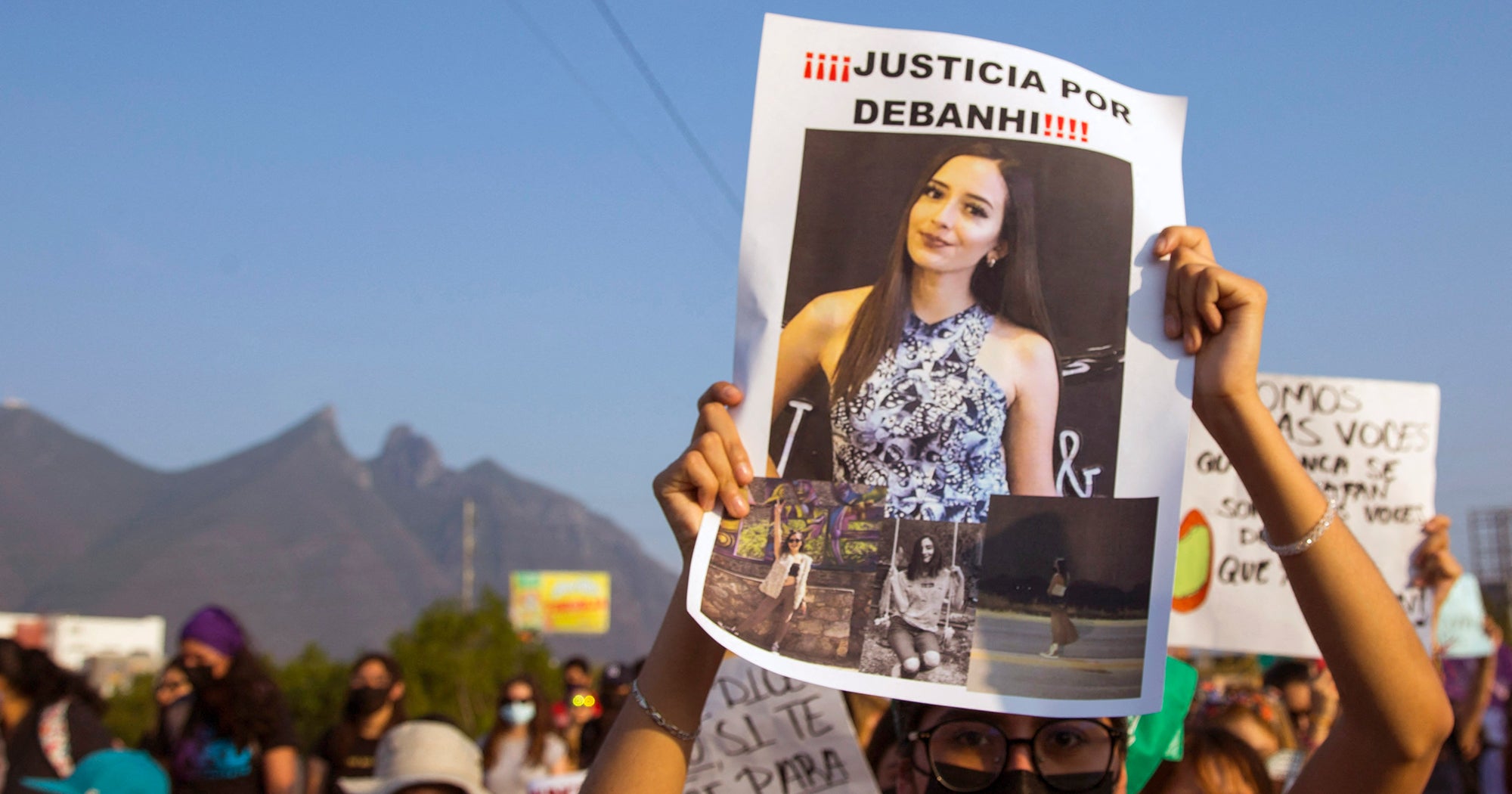 Last month, I wrote a note to my family titled “What to Do if I Go Missing.” In the memo, I told my parents that I would be available by phone whenever I left the house and that they could check my live location through a family tracking app. Then I gave them instructions on what to do if they don’t hear from me: “If I stop answering for more than three hours, something is wrong. After five hours, start contacting the authorities. If they show resistance, insist that they are legally obligated to search for me immediately.” I also suggested that they keep calling my phone to better estimate my geolocation and gave them contact information for journalists and activists who could help them mobilize. In Monterrey, Nuevo León, Mexico, where I live and where gender violence is a widespread phenomenon, many young women and girls are leaving similar directives with their loved ones.

In Mexico, like many parts of Latin America, there is a femicide crisis. In 2021, about 1,015 women were murdered because of their gender. However, this number is likely higher due to the vast amount of cases that remain unreported. Much of these gender-based killings, sexual assaults, and disappearances occur along the U.S.-Mexico border, in towns much like my own. Since the 1990s, more than 3,000 women have been reported missing and more than 600 have been found murdered in Ciudad Juárez alone. In Monterrey, a border town just three hours north of McAllen, Texas, there have been a series of recent disappearances, including that of the late Debanhi Escobar.

When Escobar, an 18-year-old law student, disappeared after leaving a party on April 9, her case caused national outcry. After an argument, Escobar’s friends called a Didi driver, a ride-hailing app similar Uber, to take her back to her home in a suburb of Monterrey. However, for reasons that remain unclear, she was left on an empty highway near a motel. The driver, who has been accused of sexually harassing the young woman, took the last known photo of Escobar; in the image, she’s seen standing alone on the road in a long brown skirt. According to video footage, at 4:30 a.m., Escobar entered the Nueva Castilla motel. Thirteen days later, Escobar’s decomposing body was found in a subterranean water tank at the motel.

Nearly a month after Escobar vanished, there is still much uncertainty around her disappearance and death. Despite authorities conducting what they described as a “massive” search, Escobar’s body was found by motel workers who smelled the foul odors coming from the tank. Initially, the government said that Escobar died by accidentally falling into the cistern and drowning. However, an autopsy report found that she died by a blow to the head and her body was then dumped. Her death is now being investigated as a homicide.

Shoddy investigations are common in gender violence cases in Mexico, leading to a culture of impunity. Nationwide, about 10 women are killed daily in Mexico; however, only three out of 100 femicides lead to a conviction. Escobar’s death is the latest in a string of gender-related killings and disappearances of young women this year. Another recent victim was María Fernanda Contreras, a 27-year-old financier who graduated from the university I attend. After disappearing on April 2, Contreras’ family shared the last geolocation they had of their daughter with police officers: a house they had never visited. It took authorities five days to search the location. Inside the house, they found Contreras’ lifeless body. On April 10, officials confirmed Contreras was murdered in the house.

Like Escobar and Contreras, many victims of gender violence are from or were in border towns, where drug wars make crimes against women even more complex. The week Escobar disappeared, news media reported that eight young women had gone missing in Nuevo León in 10 days. At least 52 women have been reported missing in the state this year alone; the majority vanished around the capital, Monterrey. Women in this region are often caught in the crossfires of military forces and drug cartels that transport narcotics into the U.S. to supply a multi-billion-dollar market for cocaine, heroin, marijuana, methamphetamine, and synthetic opioid. Amid the Mexican “War on Drugs,” girls and women who live on or near the border are targeted by at least three violent forces: sexist perpetrators, drug organizations, and military personnel.

This is the climate I, and the women and girls around me, must navigate year-round in a border town. Daily, we see and read of unspeakable terror in local newspapers that publish photos and articles about tortured bodies hanging from bridges, heads thrown on the sides of streets, and mass graves with hundreds of murdered bodies. We know that women and girls go missing and are never found. We know cartels sexually exploit and traffic women. We know that being a Northern Mexican woman living at the crossroads of an illegal U.S. drug industry makes you are a terror survivor.

This reality is why so many of us share missing persons checklists with our families and why we are increasingly taking to the streets to protest and demand justice in Nuevo León. On April 22, more than a thousand of us did what the government failed to do: unite to call Escobar’s death a femicide. Together, we chanted, “No Estamos todas. Nos falta Debanhi” (“We’re not all here. We’re missing Debanhi”) and “Señor, señora, no sea indiferente. Se mata a las mujeres en la cara de la gente” (“Sir, ma’am, don’t be indifferent. Women are being killed in front of people’s faces”). Perhaps the most touching moment was when we all sat down on Avenida Constitución, stopping traffic on the congested street. We paused there because Escobar’s funeral was taking place at a chapel nearby. We grieved with her family. There was silence, tears, and community.

Participating in protests and reporting on gender-based violence and its links to drug trafficking organizations and militarization make my heart race. It is scary to write and speak about these issues in a country where perpetrators kill to silence women like me. They commit these crimes so that their violence becomes unspeakable; it’s a way for them to demonstrate power, shock through terror, and create paralysis. But that is why I, and so many Mexican women, insist on writing, speaking, and resisting. We want victims to feel supported, and we want perpetrators and the law enforcement and government officials who are complicit in gender violence to know there are consequences to their crimes and inaction, respectively. We, as terror survivors, want to be seen and we want to be feared. Just as we chant on the streets, “Queremos que el miedo cambie de bando” (“We want fear to change sides”).