What A $500 Harmony Stone Taught Me About EMFs & Sleep 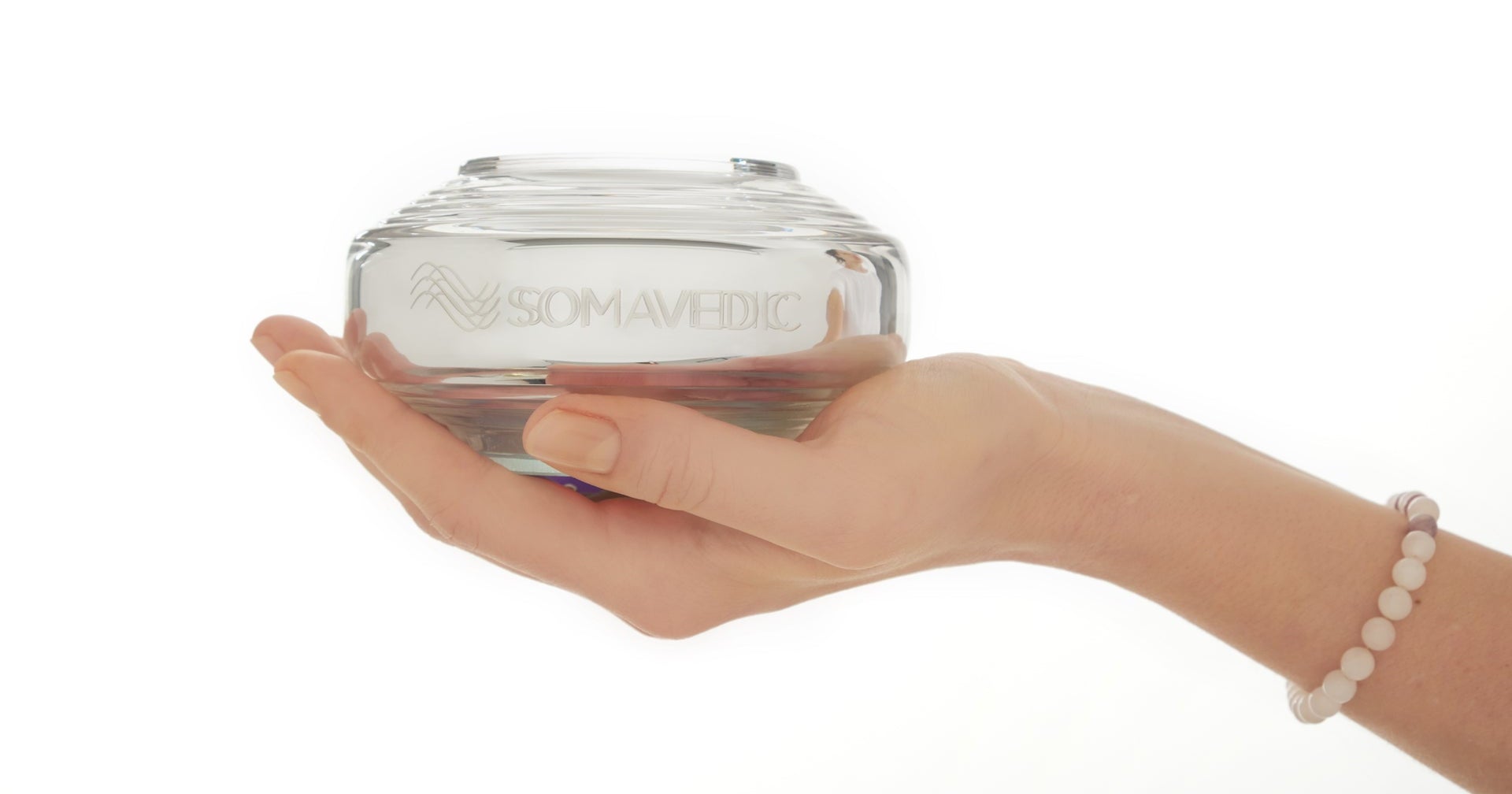 The answer to this question, as with most questions in life, is complicated. Let me begin with a bit of sleep background on me and my partner. I would describe myself as a sensitive sleeper; avoiding caffeine or food too close to bedtime and requiring at least eight hours in an environment that is cool, dark, and quiet. My partner, on the other hand, is a textbook troubled insomniac — he’s regularly restless, overheats easily, and suffers from night terrors plus bouts of sleepwalking. To combat these bedtime woes, he’s tried every sleep aid from CBD gummies to melatonin-magnesium pills and the harder doctor-prescribed stuff while also partaking in more science-backed practices such as stretching, breathing exercises, and eating at least three hours before turning in. In terms of EMF-emitting devices inside our bedroom: we have a TV and both sleep with our phones plugged in directly next to our heads on the nightstands. My partner is strict about phone use and blue light in bed, while I am known to doom-scroll myself to sleep.

To make this test all the more interesting, I did not tell my partner about the Harmony and plugged it in underneath my nightstand where he wouldn’t see it. It made no noise once it booted up, so the only way I could tell it was on and “working” was by its glow (pictured above), which I had to conceal — for both secretive purposes and my personal sleeping preferences — beneath a shoebox.

After suffering a particularly restless night prior to installing the device, our first sleep with the Somavedic Harmony was suspiciously restful. My partner and I conked out in a way we both described as “deep” the following morning. As I sipped my coffee the next day, I wondered to myself — with my partner none the wiser — was it our exhaustion that made the slumber so intense or the magic EMF-fighting stone hidden beneath my nightstand? After a week of keeping the stone parked next to my bed — and one or two restless evenings that I chalked up to too much caffeine — there was a strange almost heavy effect of sleepiness that weighed over me when I laid down each night. With every passing week, I noticed an overall downward trend in my partner needing to get up and switch bedrooms in the middle of the night (a tactic he employs to combat particularly bad bouts of restless legs). Perhaps this was because I felt more at rest and nagged him less when he started to toss and turn. Or, it could be because he was tossing and turning less. Was the stone magic working or was this a placebo effect?

Now, three months in, I often forget the Somavedic Harmony is there. Despite slacking off after the first month and not carefully tracking the soundness of my sleep, upon sitting down to write this review I realized that it doesn’t actually matter. So much of my sleep ability is rooted in my mindset. If I can’t shut off my mind, I can’t reach deep sleep. Whether or not Somavedic’s EMF-fighting technology is actually working to harmonize my sleep space or not, perhaps it “worked” by allowing my mind to loosen up enough that relaxation — and slumber — followed suit. However, is the promise of peace of mind worth close to $500? Given the foggy facts behind this device’s functionality and my own unscientific approach to testing it out, I’m not sure I would recommend it. But, after revealing its existence, my sleep-desperate partner would argue otherwise. He spent the better part of an evening Googling EMFs and Somavedic before promptly requesting at bedtime that I kindly remove the device from its shoebox-sheath and place it on his side nightstand.

The question, therefore, seems less about whether or not the Somavedic worked — because I haven’t the faintest clue how anyone could definitively discern that — but instead is a matter of how much you’re willing to pay for some gosh darn shuteye. If a $500 EMF-blocking stone gives you peace of mind and a restful night’s sleep, then more power (and 40 winks) to you.