Trump forcibly hugs and kisses girl – who recorded the perv 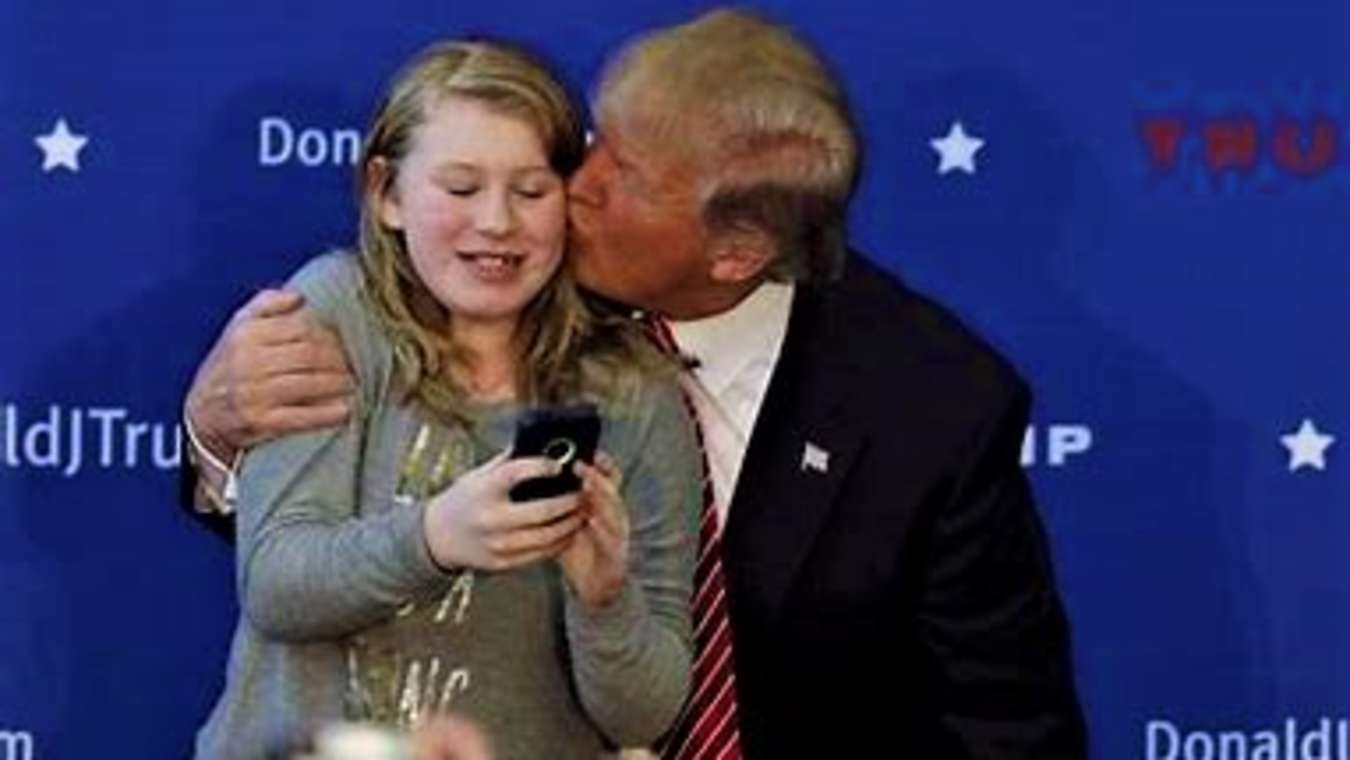 
KISSIMMEE, Florida – (Satire News) – The Trumptard, who is considered to be an even bigger racist that the poster boy for racism (Hitler), has once again found himself in some deep do-do, as they say on the out-yonder farms of Kansas.

Donald Jonathan Erasmus Trump was attending a GOP fundraiser in Kissimmee, when he suddenly spotted a young Republican girl.

He immediately went up and hugged her and gave her a big Trumpian kiss on her cheek.

The girl who we will refer to simply as the not-happy GOP little girl, told her daddy and her mommy that she did not like being hugged and kissed by the orange-looking blob of shit, who she noted reeked of Big Macs.

Her mother quickly reported her to the fundraising security department, and they are going to be conducting a full-scale investigation.

They commented that if Trump was out of line, and it appears that the racist predator was in fact, out of line, then he will be arrested and could possibly end up doing prison time.