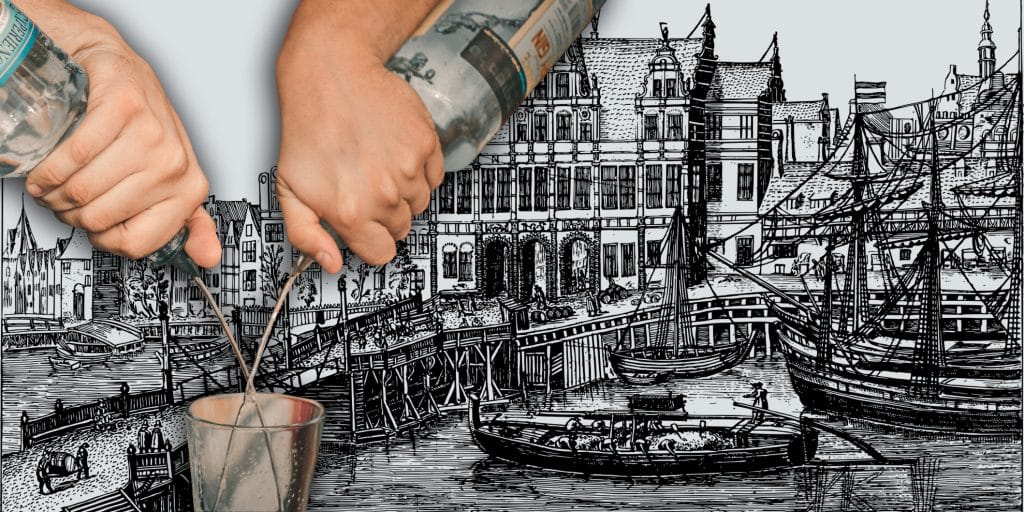 My job sucks. Why did I think working at a bar next to a port on a western bay that serves a hundred ships a day would be a good idea? I didn’t know how annoying sailors could be. They’re lonely and won’t stop talking about their homes, which doesn’t really make sense because they’re so obsessed with the sea.

I just need to make enough money to go to the big city where the men are more mature and there are definitely no sailors.

Just another day fetching the sailors rounds of whiskey and wine. I still don’t know what to do with the 40 cases of beer in the basement. They won’t drink it! They only want whiskey and wine, often together—I’ve never seen anything like it.

Oh! And they keep calling me Brandy! My name is Mandy. I’ve corrected them a thousand times. Even my nametag says “Mandy.” It’s exhausting.

After work, I took a long bath and read Jonathan Livingston Seagull for book club. It’s ok so far.

The sailors keep telling me I’m a “fine girl.” Fine? Not “cool” or “interesting”? Just “fine.” I know how to hula hoop! I can whistle “California Dreaming” by the Mamas and the Papas. I’m well-rounded, damn it.

They also say I’d make a good wife. No one asked them, but thanks, I guess. What even constitutes a “good wife” in a sailor’s eyes other than she fetch them rounds of whiskey and wine?

They say my eyes could steal the sailor from the sea, but trust me I’m not trying to steal any sailor from any sea. Quite frankly, I wish they’d go back to the sea so I could get some customers who will drink these 40 cases of beer.

Some hotshot sailor named Steve came into the bar on this summer’s day. He asked if my name was Brandy, and I said no, it’s Mandy. Then he called me a fine girl whose eyes could steal the sailor from the sea. I told him I know because the other sailors tell me that every day.

I’m never going out with a sailor again. I wanted to go dancing or listen to jazz, but Sailor Steve just showed me around his dumb boat. I was miserable, but Steve was too busy explaining how to tie knots to notice.

I was still willing to sleep with him because it’s been a while and asked if he wanted to come back to my place. He immediately made it clear he couldn’t stay because “no harbor was his home”? I asked him to come over for one night, not a lifetime. Have these sailors ever heard of a casual fling? Honestly, what’s their deal?

He must’ve felt bad and quickly pulled out a bag of gifts from far away to give me. I politely declined because I don’t really need shot glasses from Barcelona or a keychain with the letter “S” (Steve said the “S” is for sea).

Before I left he insisted I keep this locket with a braided chain made of the finest silver from the North of Spain, or so he says. It’s really not my style, but I put it on.

He told me it was empty, but later I noticed he wrote “Steve” inside. What an odd man.

It’s been a few days since I went out with Steve, and the sailors keep bringing it up, going on and on and on about how a sailor’s life, love, and lady is the sea. Quite frankly, I’m getting tired of writing about it. It’s feeling repetitive.

Anyway, book club got rescheduled for tonight, and I’m supposed to bring an hors d’oeuvre. I was thinking maybe fondue?

For someone claiming no harbor is his home, Sailor Steve sure is staying at this harbor for a while. His new thing is telling “sailor stories”. His eyes glaze over and he goes into some sort of strange trance, but the other sailors eat it up.

The story he told last night was so ridiculous. He “allegedly” fell overboard and started drowning when he encountered a wise old manatee who telepathically told him he was a very special boy and the sea loved him very much. Then millions of krill surrounded his body and brought him to the surface. Who’s to say if it happened or not, but I’m not buying it.

When he finishes a story the other sailors look at me like I’m pathetic for trying to steal this precious sailor from the sea. Did I mention my job sucks?

Steve left about a week ago, but the sailors think I’m in love with him because I still wear the locket he gave me. Unfortunately, the clasp is broken, and I can’t get it off. Also, I’m not convinced this chain was made of the finest silver from the North of Spain because my neck is turning green.

Tonight was my last night at the bar. Gina from book club found me a gig in the big city, and I leave in the morning.

The sailors threw me a goodbye celebration and made a big sign that read, “Bye Brandy (You’re a Fine Girl).” They kept complaining that the party only had beer.

Also, some guys in a band showed up. They spent a lot of time talking to the sailors and taking extensive notes. I’d never heard of them, but maybe they’ll get a big hit someday.

Parents Sue Their Son, Demanding Grandchild or $650,000 in Compensation – Lowering the Bar