Proliferation of illegal Canadian immigrants are in MY yard!!! 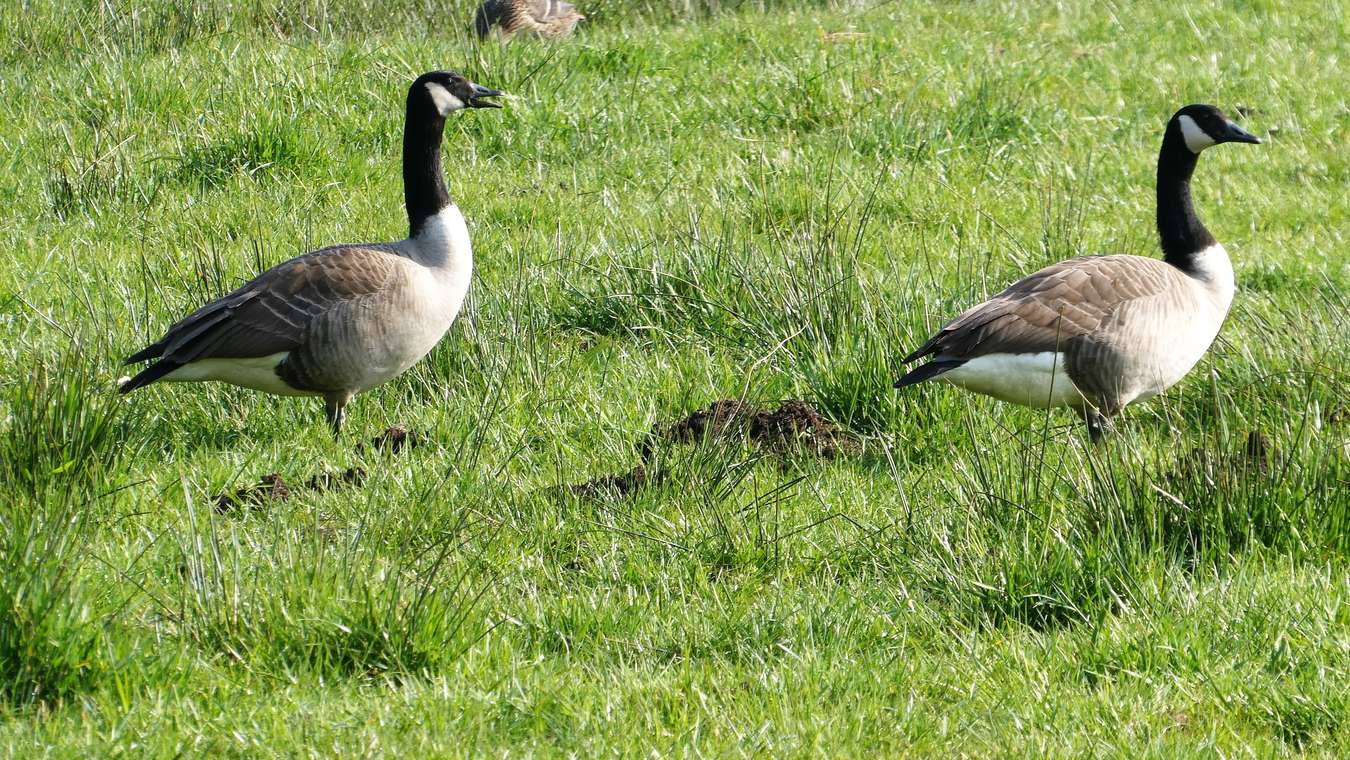 What’s that you say? They are geese…..Yes, they are geese. That is no excuse! And they are CANADIANS and that makes them FOREIGNERS!!! Especially if they speak FRENCH!!! They don’t have passports. Yes, I know- they don’t have pockets to put passports into…..I know that! IT IS STILL NO EXCUSE!!! They came over the border ILLEGALLY!!! Do I have to continue writing this in CAPITALS or do you get the drift???

In my area of town we are getting scads of these illegal Canadians (and we thought they were our ALLIES!!!) flying in, nobody trying to stop them, wandering about wherever they want, pooping wherever they want INCLUDING IN FRONT OF MY HOUSE!!! Hey you jerks! GET OFF MY LAWN!!! AND TAKE YOUR POOP WITH YOU!!!

These waddling miscreants come in and act like they own the place. They take their time wherever they are, wandering here, wandering there not caring if they are blocking your way or in an inconvenient place (like your swimming pool)(or your parking place) and if they happen to be crossing your street or driveway when you are trying to get somewhere in your car they will just take their sweet little time crossing in front of you. And too bad if you don’t like it! I always thought Canadians were known to be polite! No one ever told that to these mutated Wizard of Oz flying monkeys!!! And they don’t even speak our language just like the ones down south!

If Trump were still president he wouldn’t put up with this international offense! He would get a bill written up and passed lickety-split and twisted arms in the Senate and Legislature to get it passed! Damn right he would! He would have their Canadian hind ends back over on their side of the border before they even knew what goosed them! And then he would build a wall even bigger than the one he never finished down Texas way. Damn right he would! None of this wimpy “Oh, but they’re our neighbors and we have to be nice to them BS!’ Of course the damn things would just fly back over, but it is the thought that counts, right folks?!!! We could just put up some of that anti-aircraft stuff that we are sending to Ukraine to take care of that. We could make mincemeat out of them and have enough shredded goose to carry us over through the winter.

I don’t see why we Americans have to put up with this! I also don’t understand why, when we had beat the British at Gettysburg, that we didn’t just go up and grab all of Canada too when we could. It’s probably because we couldn’t speak French and didn’t want to learn.

At any rate I am taking matters into my own hands and am headed out the door at this minute with my shotgun. I know that the UN and Amnesty International and PETA might have something to say against this, but BULLS to them! I will take care of this myself no matter what the cops say! Anyway- GOOSE POTLUCK AT MY PLACE TONIGHT!!!

And while you are still here- does anyone have the number for the UN? I want to give them a piece of my mind about this too.