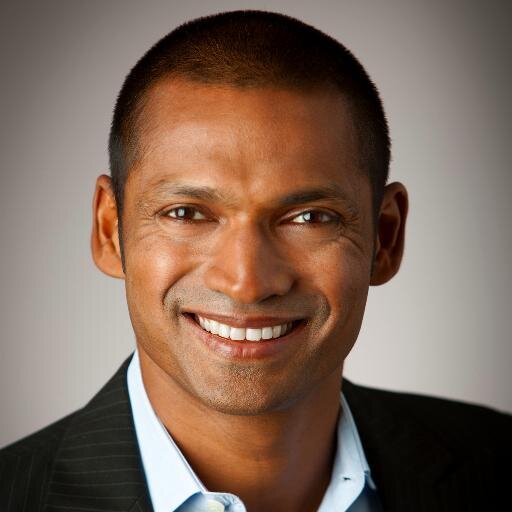 
In This Episode: We’ve been hearing about “diversity” in the workplace for years now, but many companies are doing something so radically different on the diversity front, it’s very surprising for a lot of people. Yet what it really comes down to is Uncommon Sense.

Some businesses think they’re ahead of the game because they hired some women, some racial minorities, and/or a few folks with physical disabilities. Well, they’re way, way behind the curve. Let’s meet New York startup founder Rajesh Anandan, who started the company Ultra Testing, which they recently renamed Ultranauts, with his MIT roommate, Art Shectman. They do software testing for other companies.

The diversity they’re looking for isn’t gender based, racial, or the disabled, and yes, they’re actively looking for this certain diversity attribute in their new hires: neurodiversity.

“There is an incredible talent pool of adults on the autistic spectrum that has been overlooked for all the wrong reasons,” Anandan says. “People who haven’t had a fair shot to succeed at work, because of workplace and workflow and business practices that aren’t particularly effective for anyone but are especially damaging for anyone who is wired differently.”

This isn’t some charity project. Just as I was talking about in Episode 13, about ADD (or ADHD, if you prefer) being a “superpower” that has helped me be successful, both as an employee at NASA and as an entrepreneur, Anandan thinks hiring people on the autistic spectrum is the right thing not just for feel-good reasons, but for business reasons. The mission of Ultranauts is “to prove that neurodiversity, including autism, can be a competitive advantage in business. We aim to do so by bringing excellence to the software testing industry and delivering superior results for our clients.”

Neurodiversity in general covers autism spectrum, including Asperger syndrome, ADD/ADHD, dyslexia, OCD, and other differences that are still typically thought of as pathologies — diseases. ADHD, for instance, means Attention Deficit Hyperactivity Disorder, yet for me and millions of others, it’s hardly a disorder, especially when we consider it a “superpower” that has aided in our success!

So isn’t Ultra’s goal a wild difference from companies who have long shied away from neurodiversity, or paid lip service to it by hiring a janitor, or grocery bagger, or office girl as a token “mentally handicapped” employee? So many of those managers can’t even grasp the idea of neurodiversity being a competitive advantage! Just like so many don’t grasp that hiring women, or minorities, often bring a competitive advantage if only the companies embrace the differences.

Now, it’s true that severe cases of any of these spectrums can be disorders; I’m not rejecting that truth. But to say anyone on any of these spectrums do have a disorder, that they cannot function at all in society, is obviously as ridiculous as saying women can’t be engineers, scientists, or CEOs. But how does “competitive advantage” come in?

“Many of the more successful entrepreneurs,” says billionaire tech sector investor Peter Thiel, “seem to be suffering from a mild form of Asperger’s, where it’s like you’re missing the imitation, socialization gene. We need to ask what is it about our society where those of us who do not suffer from Asperger’s are at some massive disadvantage because we will be talked out of our interesting, original, creative ideas before they’re even fully formed. ‘Oh that’s a little bit too weird, that’s a little bit too strange and maybe I’ll just go ahead and open the restaurant that I’ve been talking about that everyone else can understand and agree with, or do something extremely safe and conventional.’”

He mostly gets it, but notice the words even he is using: he twice said some people “suffer” from Asperger’s, even as he marvels that maybe not having it puts other entrepreneurs at a “massive disadvantage”! That’s how deeply ingrained the bias against the neuroatypical is.

His concept of how some see things differently is so reminiscent of my experience at NASA: my co-workers couldn’t understand how I could possibly have a business on the Internet! It just wasn’t something that anyone had heard of in early 1994, but luckily I wasn’t dissuaded from my idea by their doubts.

But it’s true: a lot of entrepreneurs are, or are thought to be, neuroatypical, including Bill Gates, the world’s richest man for 12 out of 17 years until Amazon’s Jeff Bezos finally beat him. Steve Jobs is also thought to have been autistic or perhaps Asperger’s, and Apple’s very slogan was “Think Different”! And Tesla’s Elon Musk certainly thinks differently.

But even if you disregard such standout success stories as unconfirmed or unlikely, it’s still true that a lot of people on these spectrums can not just be accommodated, but can bring a “competitive advantage” to business.

The question then becomes, why?

“A typical child might just accept, ‘OK this is just the way it’s done, this is how we do things in our culture or family’,” says Simon Baron-Cohen, the director of the Autism Research Center at England’s University of Cambridge. “Someone with autism or Asperger’s, they kind of ask those why questions. They want more logical answers. Just saying ‘Well we do this just because everybody else does,’ that doesn’t meet their test of logic.”

So let’s get back to Rajesh Anandan.

“There are 4 million Americans on the autism spectrum,” he says. “Many are readily employable, and yet, 85 percent of this talent pool are unemployed or underemployed because they’re wired differently.” So how do they bring a competitive advantage? “Being wired differently is not a disadvantage,” he says, “and in fact, we believe that many of the traits of a world-class quality engineer — e.g. pattern recognition, logical reasoning, systems thinking — are more common among an autistic population relative to the general population.”

Therefore, he says, “We set out to change the blueprint for work, and change how a company could hire, manage and develop talent.” So much so, 75 percent of Ultranauts’ staff is somewhere on the autistic spectrum. To do that, he says, “We have adopted an approach to screening job applicants that is much more objective than you’ll find in most places.” Instead of asking for resumes, or asking vague questions in interviews like “Where do you see yourself in five years?”, the company simply evaluates applicants against a proprietary list of the 25 most desirable attributes for software testers.

Perhaps Anandan got a boost in his thinking from Microsoft, where he worked as a project manager: he calls that company out as one which also “embraces neurodiversity.”

Ultra also lets employees work the hours they want, and the number of hours they want, rather than demand they work full time 9:00 to 5:00. And they can work in the most comfortable environment they have: their homes.

“As a result,” he says, “we have a talent screening process to take someone who has never done this job and at the end of that process have a 95 percent degree of confidence… whether people would be great at this.”

The next question is, do such people want jobs? Britain’s National Autistic Society did a survey on that. They found that only 16 percent autistic adults in the U.K. had full time jobs, yet 77 percent of those unemployed autistic adults said they wanted to work, says the organization’s employer engagement manager, Richmal Maybank. “Job descriptions can often have core tick-box behaviors,” she says, “and can be quite general. Forms look for ‘team players’ and ‘staff with great communication skills,’ but lack specific information.”

On the bright side, Maybank says she is seeing more interest from companies about how to better recruit and manage the neurodiverse. “The things we suggest are good practice for any company, not just [for] people with autism,” she says. For example, she says companies should provide mandatory training for managers, and establish “buddy programs” with experienced employees to mentor the new recruits. “People are becoming way more open about recognizing different strands of autistic and neurodiverse behavior,” she says. “People have a pre-conceived perception of what autism is, but it’s best to ask that person. People may be opposites of each other despite having the same condition.”

Another idea: using Slack and other messaging platforms not only help communications among teams that work different hours, but also accommodate people on the autistic spectrum who find face-to-face interactions difficult.

Anandan has a special tool at Ultranauts Inc. too. “A couple of years ago, a colleague on our team said they wished people came with a user manual,” he said. So each employee contributes to the company’s “biodex,” which provides each team member information on the best ways to work with a particular colleague.

“We’ve shown over and over,” he says, “that we’ve delivered results better because of the diversity of our team.” That, he says, has resulted in the company growing by 50 percent a year every year since it was founded six years ago, and that growth is accelerating.

To see a photo of Rajesh Anandan, or comment on this episode from the comfort of your own home, surf over to the Show Page at thisistrue.com/podcast48. That page also has links to Ultranauts’ web site, and their “Different Better” online testing, in case you think you’d like to work for them. I tried it and found it pretty challenging, even though I’m neuroatypical.

I guess when it comes to those types of puzzles, I’m not as good as someone on the autism spectrum. That’s OK with me, but it really drove home how a lot of companies have been wasting a lot of talent for an awfully long time.