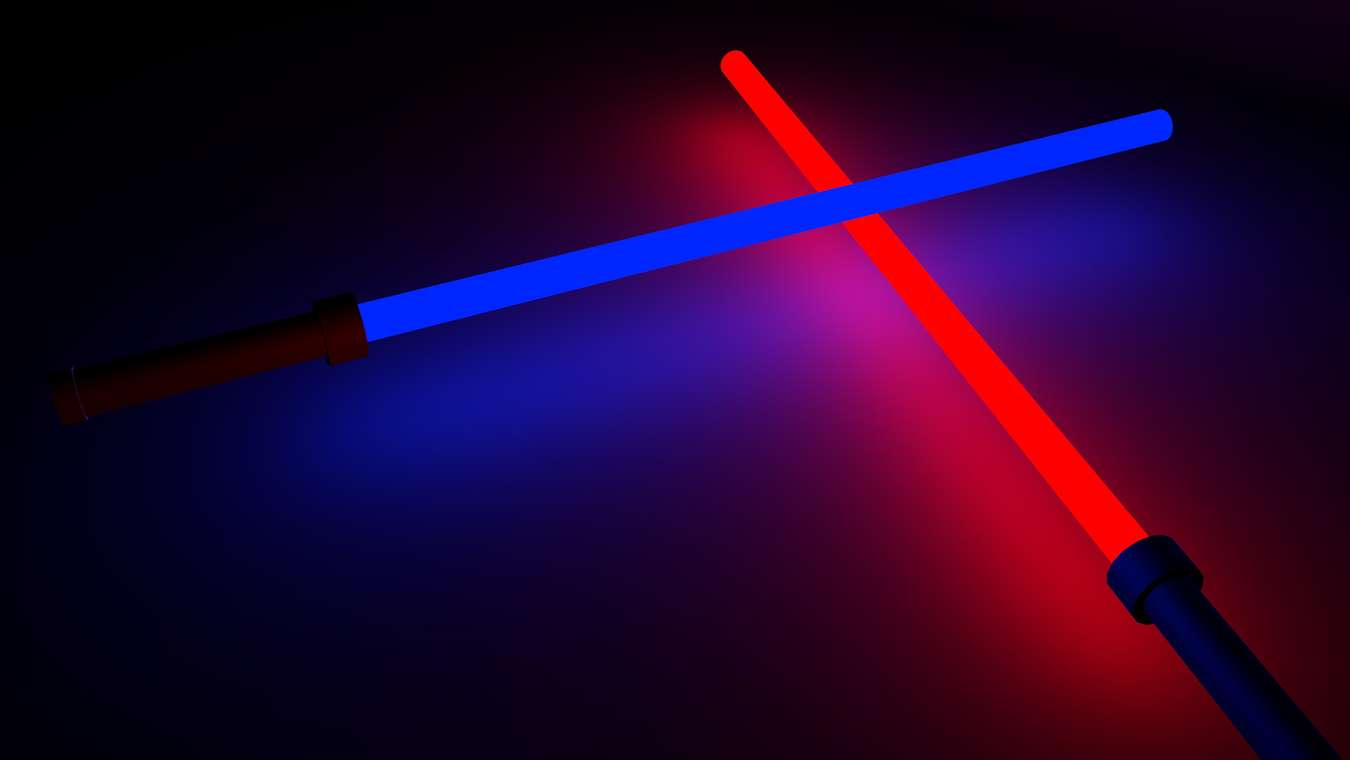 
President Joe Biden has announced that the US, in conjunction with Disney, will be sending lightsabers to Ukraine to help in their quest to oust the Russian forces from their country. The menacing weapons will be used by Ukrainian troops to stop bullets, slice open tanks and other armor as well as lighting their cigarettes.

Ukrainian troops will be trained by Luke Skywalker and Obi Wan Kenobe to help them understand how to properly employ the devices as well as being taught how to utilize the Force.

Pentagon general Larry Sickle addressed the press in a press conference from a stall in the men’s room of the Pentagon lobby.

“Alright everyone, it appears that we have come up with the answer to the Russian invasion of Ukraine and will provide a solution to send Ukraine to victory”, stated Sickle. “We are going to provide the Ukrainian army one million lightsabers which will be manufactured by Disney’s Mickey Mouse and Goofy. Obi Wan Kenobe and Luke Skywalker will be dispatched to Ukraine to train the Ukrainian troops on how to used the lightsabers and the Force”.

“We, also, will throw in a million Popeyes chicken sandwiches”, he continued. “The sandwiches will come with extra pickles”.

When asked if Darth Vader would have some involvement with the training of the Ukrainian troops Sickle replied:

“Darth Vader was asked to support the cause but couldn’t because he had a prior commitment to use his Death Star to destroy Jupiter”.