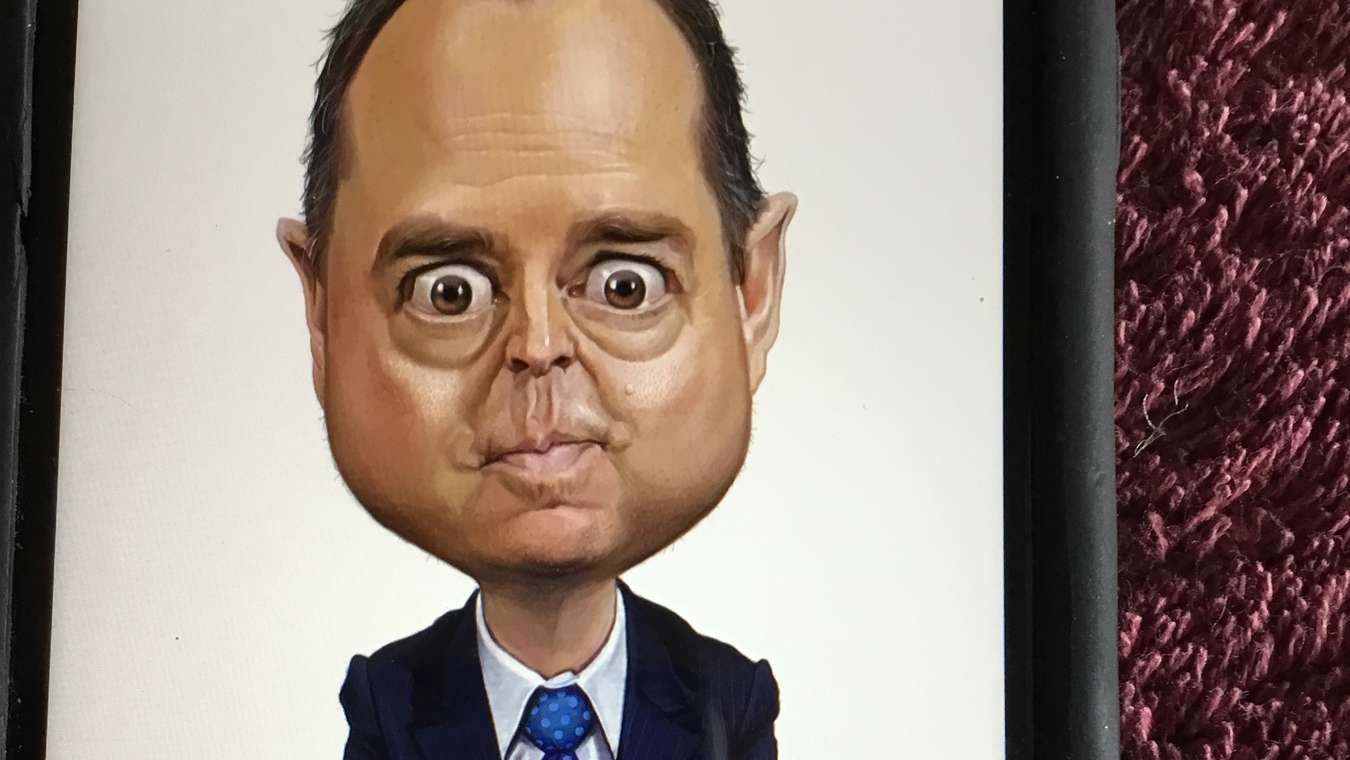 
BILLINGSGATE POST: It is beyond irony that a member of the committee investigating UFOs has been accused of being a space alien himself.

Appearing before the first congressional public hearing on UFOs in a decade, Elmer Smuckmeister dropped a bombshell, testifying that Representative Adam Schiff of California, one of the congressmen holding the hearing, was “one of them.”

So when Mada Ffihcs, who cleverly reversed his name to read “Adam Schiff” ran for Congress in 2001, he was overwhelmingly welcomed by the spaced out California liberals who run the State. He was easily elected and has held the office since.

For Smuckmeister, a retired farmer who lives in Beaver Crossing, Nebraska, it was not his first rodeo. Two years before, his three-holer outhouse was overturned by what he claims was a near miss by a UFO.

He described the event:

“The goofy bastards were looking out the spacecraft’s windows, laughing their asses off, while I was running away trying to pull my drawers up. Embarrassing as all Hell.”

He then related his next encounter, this time with Mada Ffichs; aka Adam Schiff:

“Sum bitch was chowing down on dead possum. I’d guess it was road kill from him crash landing his spaceship. Freakin’ guy had a head shaped like an incandescent light bulb. His eyes were as big as ripe Kumquats. Uglier than he had a right to be.”

“Slippery as an eel. He got away from me. Now I know where he went: Washington. Wouldn’t trust him if he had one hand on a Bible and the other on Rin Tin Tin’s head.”

Dr. Slim: “This wouldn’t be a story if Smuckmeister had indoor plumbing.”