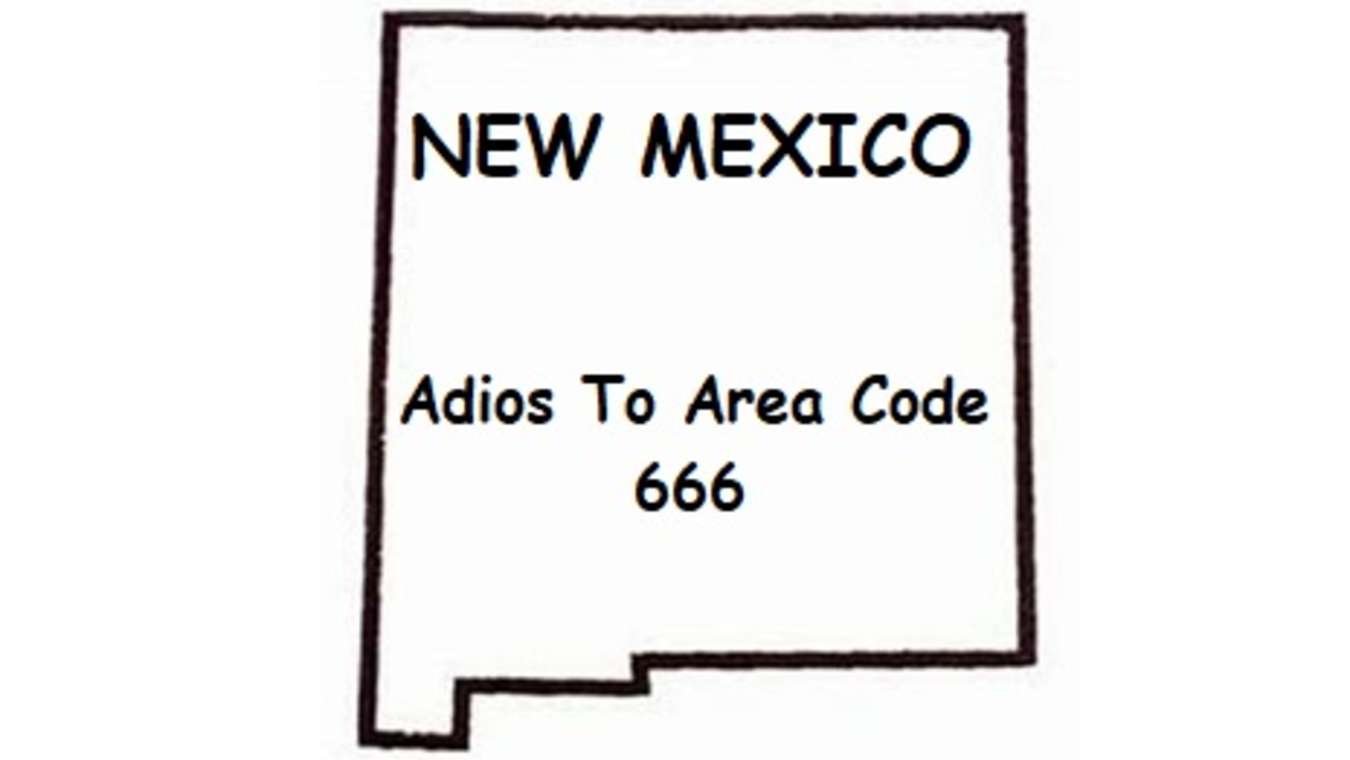 
SANTA FE, New Mexico – (Satire News) – New Mexico has just made history as it has become the first state to legally change one of it’s area codes.

The area code 666, which includes the New Mexican towns of Papoose Rattle and South Pussyville, will now have the brand new area code number 101½.

The mayor of South Pussyville, Agnes “Tootsie” Timminberger-Charwaxer, 79, said that since she is an avowed atheist the 666 area code didn’t bother her old wrinkled ass one damn shit storm bit.

Meanwhile her long time boyfriend Sigmund Hausenbocker, 71, stated that he is a devoted Episbaptamoralist, and he does not give a rat’s ass if his sex-starved woman friend is an atheist, a survivalist, or even a Republican, he is going to jump her old-as-hell bones at least once a month. ■