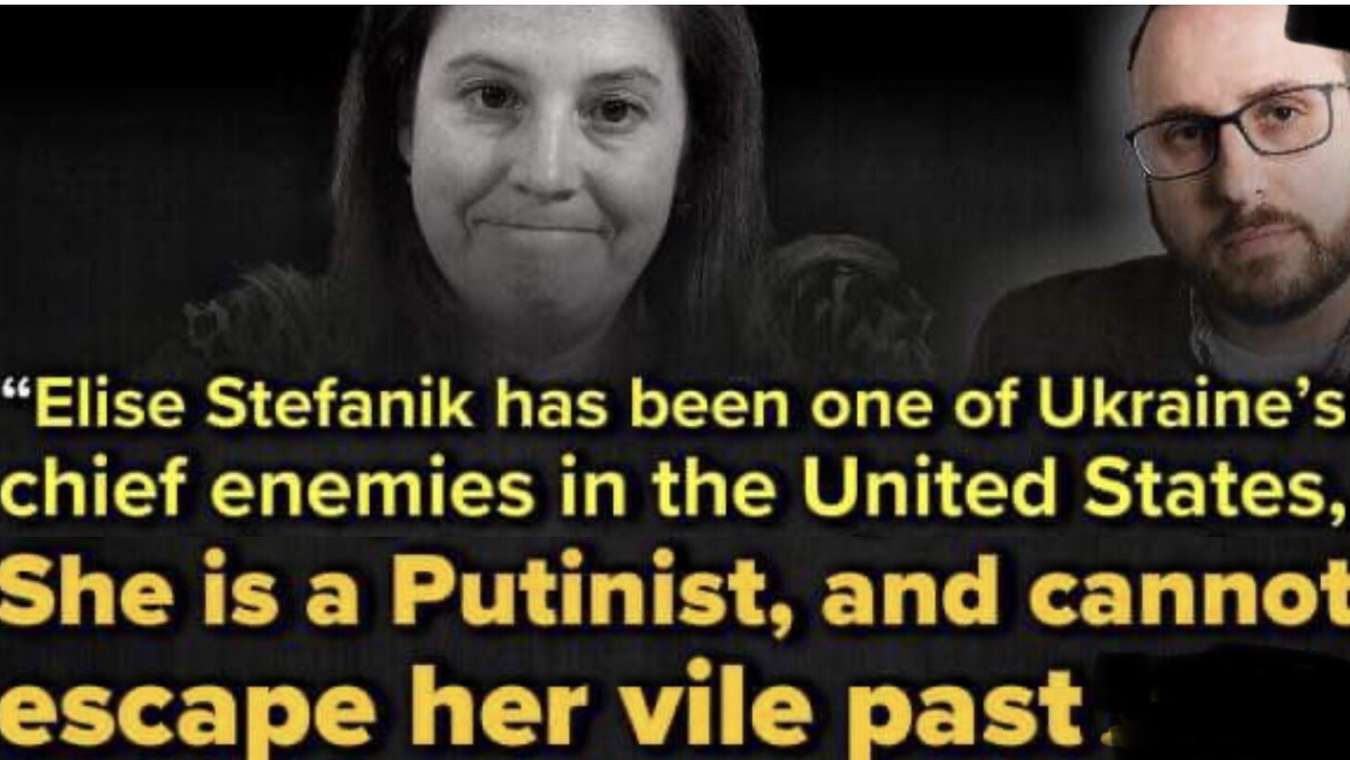 
Schuylerville, New York – Republican Congresswoman Elise Stefanik, formerly representing NY-21, was revealed today to be a Russian spy. The former Representative was arrested by the FBI, escorted to Albany and deported.

Officials at the Department of Homeland Security made the move when information was presented proving that Stefanik was born in Moscow and was in fact, a Russian spy posing as an American.

“She pulled one off on us,” said DHS spokeswoman Hanna Peterson. “She faked her whole history and managed to get elected to Congress.”

“She fooled a lot of people,” said Alicia Morgan, Stefanik’s Congressional Chief of Staff. “None of us had a clue that she was a Russian plant.”

“We didn’t know she was a spy,” wailed House Minority leader Kevin McCarthy. “I mean, the Republican Party is taking a beating lately anyway. This really makes us look stupid.”

“She blew her cover when she ramped up the Putin talking points,” said FBI Special Agent Jason Bourne. “That stuff calling Democrats, ‘Socialists and Communist truth ministers,’ gave her away. It didn’t take us long to hone in on that.”

“It was pretty fast after that,” said Peterson. “A joint effort between DHS and the FBI put all the pieces together. She tried to talk her way out of it but we had her dead to rights.”

“We could have tried her here and thrown her in a maximum security prison,” said Peterson. “We could have had her shot, but we decided to just send her back to Moscow. Imagine what Putin does to failed Russian spies.”

“It will not go well for her back in her home country,” said Bourne.

“It was a real pleasure putting that slime ball on the plane to Moscow,” said Peterson. “She will get what she deserves.”

“The bad news is if there was one, there could be others,” said Bourne. “But, we’ll find them. Sooner or later, those Republicans will out themselves as Putin plants. We’ll get them all.”