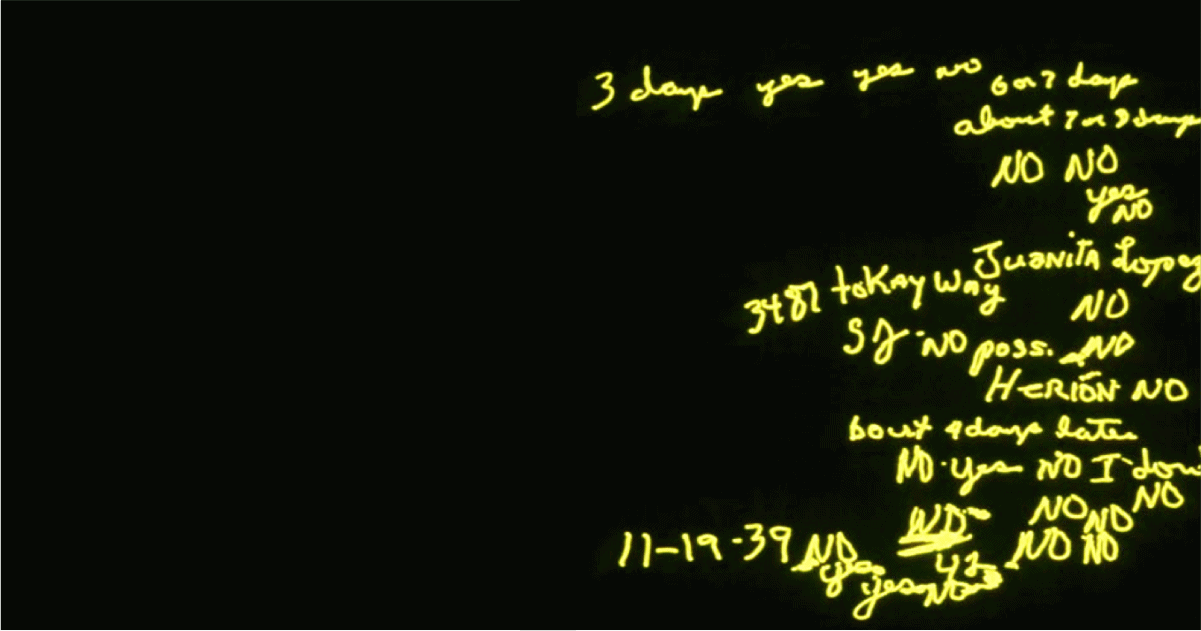 
In This Episode: Sure, being in the right place at the right time helps. But it often takes Uncommon Sense to step back to consider the bigger picture, and what the implications of a profound event might be. This is the story of how someone I knew as a young man did just that, but rather than take advantage and get rich, he leveraged his luck to help millions. It’s an amazing story.

On July 16, 1982, a heroin addict was rushed to Santa Clara, California’s, Valley Medical Center from the county jail. He hadn’t overdosed, but rather he was completely frozen, and the medics, let alone the jailers, couldn’t understand what was wrong. George Carillo couldn’t move or speak. He was admitted to the hospital, and the neurologist on call was J. William Langston — he and his wife, Lisa, happened to be my parents’ next-door neighbors.

Dr. Langston was just as perplexed by George’s condition. He had been fine the day before, but now he was stiff and unmoving. Sounds a lot like severe Parkinson’s disease, the doctor eventually decided, and he gave George the classic drug to treat Parkinson’s, L-dopa. Sure enough, almost instantly George was able to move and talk again. As the drug wore off, he was again frozen. Sadly, as in the case of regular Parkinson’s disease, the L-dopa became less and less effective over time.

Parkinson’s disease is a long-term degenerative disorder of the central nervous system which usually, but not always, hits older people, and affects the motor system. It starts with a very subtle weakness, and leads to uncontrollable shaking, rigidity, slow movements, and difficulty in walking. Treatments help, but they don’t stop the disease, and it continually gets worse as time passes. Around 10 million people worldwide are affected, and each year around 125,000 of them die early due to Parkinson’s. The disease is named for the English doctor James Parkinson, who first described what he was seeing in detail in a paper published in 1817, and at that time it was an essentially new disease, which I’ll get back to in a few minutes.

“Back to the Future” actor Michael J. Fox has been very public about his struggles with Parkinson’s for more than 20 years, which has definitely helped increase awareness, and points out that yes, it can hit young people too: he was just 29 when he was diagnosed. More recently, actor Alan Alda, best known as Hawkeye Pierce on the TV series M*A*S*H, announced he also has the disease. He’s more typical: it surprised me when I looked him up: he’s now 83 years old.

Anyway, as Dr. Langston discovered and cared for more and more instant-Parkinson’s heroin addicts — six, in total — he eventually pieced together what happened: the addicts had been sold so-called “designer” heroin, made in a clandestine laboratory. The guy was trying to make (take a deep breath) 1-Methyl-4-phenyl-4-propionoxypiperidine, a synthetic opioid drug, which understandably goes by the easier to remember (and say!) name, MPPP.

Dr. Langston got a sample of this poorly made drug and sent it out for analysis. It took a long time to get the results and it’s a convoluted story, but he and his colleagues eventually figured out that the home chemist didn’t do it quite right: the MPPP was contaminated with (take another deep breath) 1-methyl-4-phenyl-1,2,3,6-tetrahydropyridine, or MPTP, which sounds close, but is wildly different.

They eventually figured out that MPTP is a neurotoxin, and it destroys the same area in the brain that Parkinson’s does. But instead of taking years or decades to do that, by being injected into the bloodstream it happens in hours.

And here’s where Bill Langston’s Uncommon Sense really kicked in: he realized that if there was a chemical that could create Parkinson’s disease downright instantaneously, researchers could do it with lab animals so they could make much more rapid advances in treating the disease in humans. Bill founded the Parkinson’s Institute to speed up the study of the disease, and how to stop it. He said later that with this discovery, for the first time, “we had ways to study why cells die in Parkinson’s disease.” And with that, “We could test new medicines as fast as you could make them.”

Later, when Michael J. Fox created his own foundation to help advance the study of Parkinson’s, there wasn’t competition, there was collaboration: Bill was a founding member of its Scientific Advisory Board. Fox says that Bill was “the guy responsible for getting me pumped up about the science behind PD research — and the challenges we could take on.” So much so that the Fox Foundation’s annual award, established in 2006, is called the J. William Langston Award.

If this story sounds familiar somehow, you might remember the PBS TV science series Nova, which started in 1974 and is still running today. Back in those days, Nova was quite a good program, not the “gee-whiz let’s tell this story like it’s the end of the world” style it uses today.

In 1986, Nova did an episode on Bill Langston and the remarkable breakthroughs enabled by his figuring out what was going on, and how that botched home-made heroin could be used to speed up research into Parkinson’s. It was titled “The Case of the Frozen Addict”. The episode was so successful that in 1992, Nova did a second episode to follow up on the story.

In the opening I mentioned that rather than do something to get rich off this situation, Dr. Langston leveraged it to help others. But “could he” have gotten rich? Well, someone sure did. Once the researchers finally figured out it that MPTP was the culprit, they were able to get some pure MPTP from a company who actually made it — on purpose (more on that in a moment). That company was selling small jars of the stuff for just a few dollars. Understanding what was going on, they provided Dr. Langston with a pretty big jar — it was so cheap to make they just gave it to them.

Yet as news started breaking that the MPTP would enable studies to help learn more about Parkinson’s disease, they jacked up the price. Double? Triple? Don’t be silly: more than 800 times the original price! Bill said that just the leftover MPTP in the jar they gave him, after all their testing, would cost more than $200,000 — and that was in the mid-1980s! In today’s dollars, that’s nearly a half million. Doesn’t that give you an idea as to just one reason medical research is so expensive?

And there are a couple of other wild twists: Nova’s 1986 episode was written, produced, and directed by Jon Palfreman. It was such a hit that he and Dr. Langston turned it into a book with a lot more detail. It was released in 1995, and reissued with updates in 2014; I’ll link to it on the Show Page. Later, Jon Palfreman was diagnosed with, you guessed it, Parkinson’s. And the clandestine chemist who made the botched batch of heroin? He was identified and went to prison, and later — yep — he started to develop Parkinson’s disease due to his exposure to the MPTP that he accidentally made. He was able to go to his neurologist of choice: Bill Langston.

By applying a little Uncommon Sense to these facts, there’s a startling conclusion to be made: the amateur chemist didn’t use the drugs he made himself, but he still got Parkinson’s from handling it. And in fact, Bill learned there were several researchers who ended up with severe Parkinson’s from doing research on MPTP. Did Jon Palfreman get Parkinson’s because he was in some of the research labs when he was doing the filming, while MPTP was being tested? It’s impossible to know.

Yet that’s a sobering extension of Dr. Langston’s Uncommon Sense: as noted early in this episode, Parkinson’s disease wasn’t known to medical science before the early 19th century. Studies have proven that it’s not a genetic disease. It’s not caused by a virus. Rather, it’s something in the environment. And if the disease only showed up in modern times, it’s probably something that modern industry created that’s causing the disease.

But wait: why was that company making MPTP? Shockingly, Bill discovered that chemical companies had synthesized it decades before, and it was actually made available for sale as an herbicide. It wasn’t very effective, so it dropped out of use in favor of other similar compounds.

Let that sink in.

I’m lucky enough to have had a number of people with Uncommon Sense in my life as informal mentors, including Bill, and I’ve absolutely benefitted from being around those people. I’m a very lucky guy to have had such great influences throughout my life: I’ve been in the right place at the right time myself — many times. And on many of those occasions I have taken the time to step back, and notice, and think about what’s going on. It’s something we can all do …if we notice and think about it.

For photos of Dr. Langston, who is apparently retired (I’ve lost contact with him over the years), plus a link to the 1986 entire Nova episode that you can watch online, and a place to comment on this episode, it’s all on the Show Page at thisistrue.com/podcast45