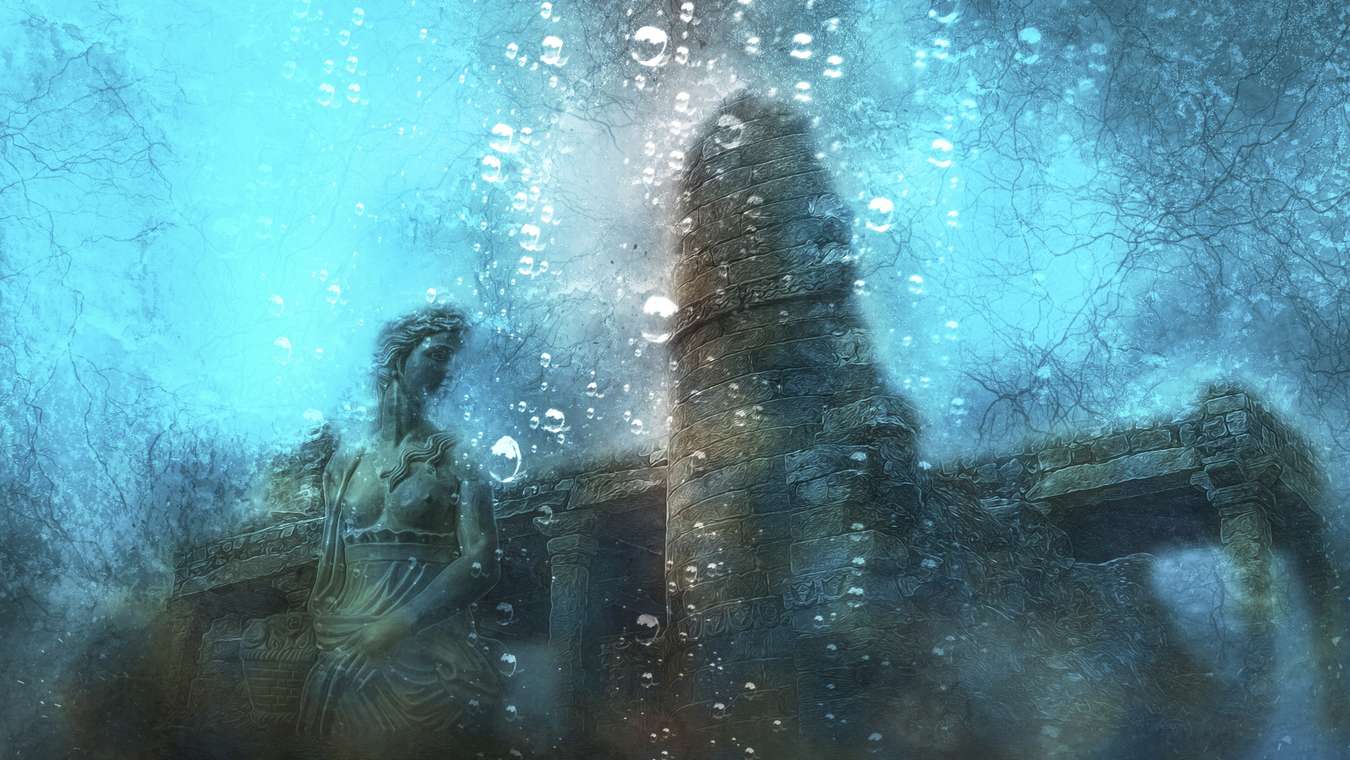 
Following in the steps of Sweden, Finland, and Ukraine, the barely-there continent of Atlantis has made a request to join NATO, citing fears that Russia might one day attack the mysterious undersea locale.

“What do you mean ‘undersea locale’?!” countered King Quacky MacRegal The Seventh. “We’re not under water! Okay, we are a little drenched and the tides are always forcing us to postpone our baseball and World Cup football games, but we’re definitely not underwater! We’re just above-ground-challenged! Not that there’s anything wrong with that!”

Pressed for why he thinks Russia is a threat to Atlantis, his Majesty and Holder of the Sacred Soggy Scrolls of Sillibus, replied, “Well, for one thing their damn submarines are always buzzing our skyscrapers! They’re scaring away all of our giant pet sea serpents!
The poor things are leaving Atlantis in favor of safer places, like Swansea Bay and the Brighton Palace Pier! And they keep dumping their garbage down onto us! Do you have any idea how much ten pounds of half-eaten borscht and cabbage feels when it hits you on the head after falling a thousand feet below the sea?! Like hell, let me tell you!”

Stuffing his face with a Filet-O-Fish from a nearby Atlantis McDonald’s, King Quacky MacRegal The Seventh (no relation to that previous hipster doofus king, Quacky MacRegal The Sixth) also fears that the Russians might want their technology to be used for their own nefarious reasons.

“Can you imagine a Russian army armed with our Hootie Blowfish guns? The enemy is drenched with murky sea water, while hearing a catchy pop tune. And then they might also want our Super-Scary Mega-Hot And Invincible Kraken bombs!”

Asked what they do, the King and Honorable Provider-Of-Fishcakes-For-Everyone! told me, “Ever farted underwater or in the bathtub? Multiply that by a million and you’ll get an idea of our awesome power that Russia wants to steal from us!”

NATO has yet to respond, but one thing is for sure; King Quacky MacRegal is tired of being a target for garbage dumped into the sea. An empty bottle of vodka beamed him in the head and he uttered the cutest rubber-ducky squeak before he offered up numerous colorful Atlantean curses against the Russian sailors that dared pollute his undersea domain.

“I swear ultimate revenge upon that nasty Ruskie! And we’re not an ‘undersea domain’! We’re just horizontally murky!”