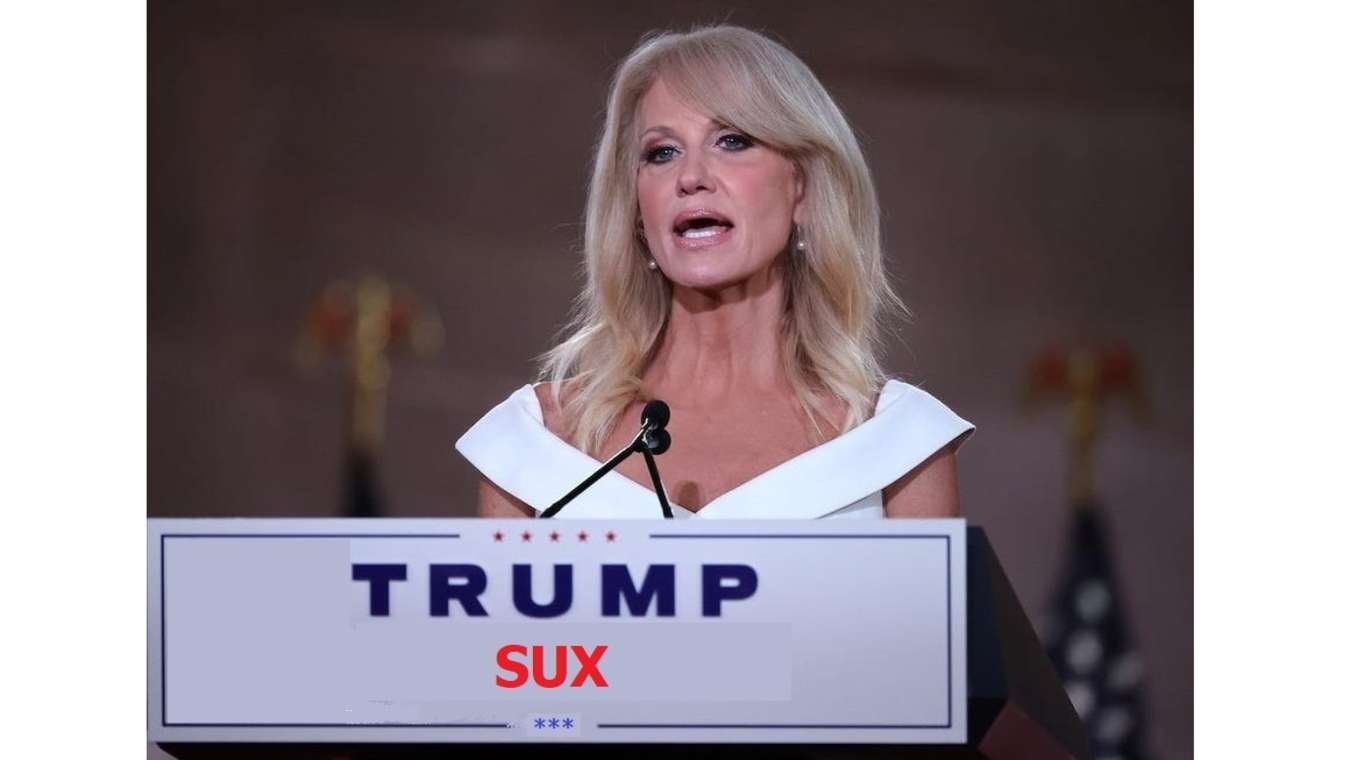 
NEW YORK CITY – (Satire News) – The former advisor to the former “Golfer-In-Chief'” has seen sales of her expose book shoot through the damn roof.

Conway’s extremely factual book is titled, “Yes, I Was Very Close To Trump – And The Racist Pussy-Grabber Always Smelled Like Big Macs.”

The fabulously blunt “Tell-All” book covers every aspect of the “Tweet Creep’s” four years as the country’s “Designated Golfer.”

Kellyanne, who’s husband George hates the “Orange Douche Bag” (DJT) about as much as peg legged pirates hated termites, revealed that she and old “Cheeto Face” had a quasi-sexual affair, in which he liked for her to spank his bare orange ass with a copy of his marriage license.

Mrs. Conway further noted that she and Melania used to sit in the White House kitchen and laugh about the puny size of the Trumptard’s pecker (pee pee).

In Chapter 17, Kellyanne reveals that Ivanka for some weird reason only shaves the hair beneath her left underarm.