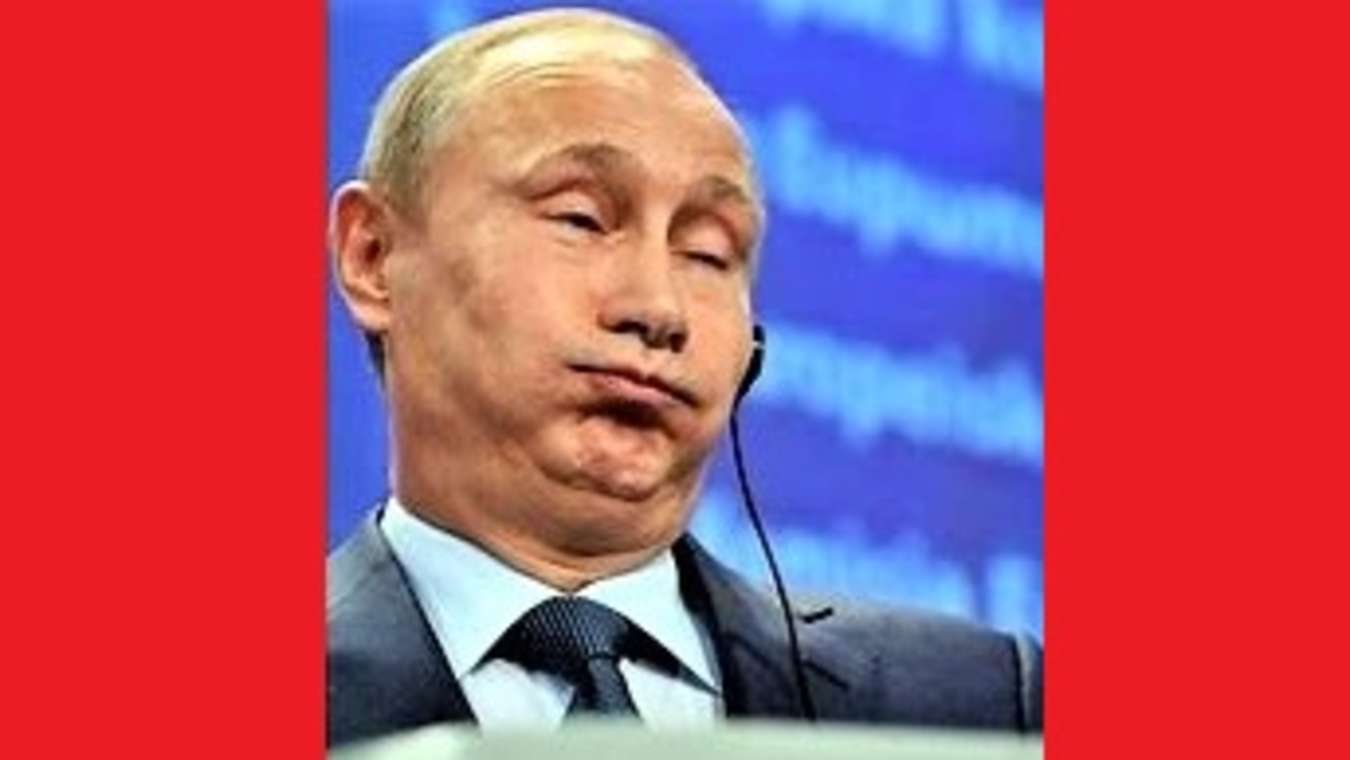 
MOSCOW – (Satire News) – Reports coming out of the Kremlin are that Putin is so scared of losing the war, that he has texted his BFF Kim Jong-un and literally begged the “Fat Boy” to please fire some of his North Korean missiles at Ukraine.

Putin is reportedly so afraid of getting his Russian ass kicked by Ukraine that his gynecologist (yes for some fucked up reason Putin has a gynecologist) is reporting that the evil Russian he-bitch has now contacted a malady known as Peckerchevski 4.

Putin is alleged to have told his Kremlin masseuse/cook that he does not give a shit about the two woman whores because he is extremely concerned with the way his bibidy boo (prick) is starting to develop chartreuse spots with triangular shades of coquelicot and viridian.

Meanwhile, Kim Jong-un is reportedly thinking about firing some missiles towards Ukraine, but “Tubby” (KJU) did make it abundantly clear to Putin that his missiles do not come cheap.