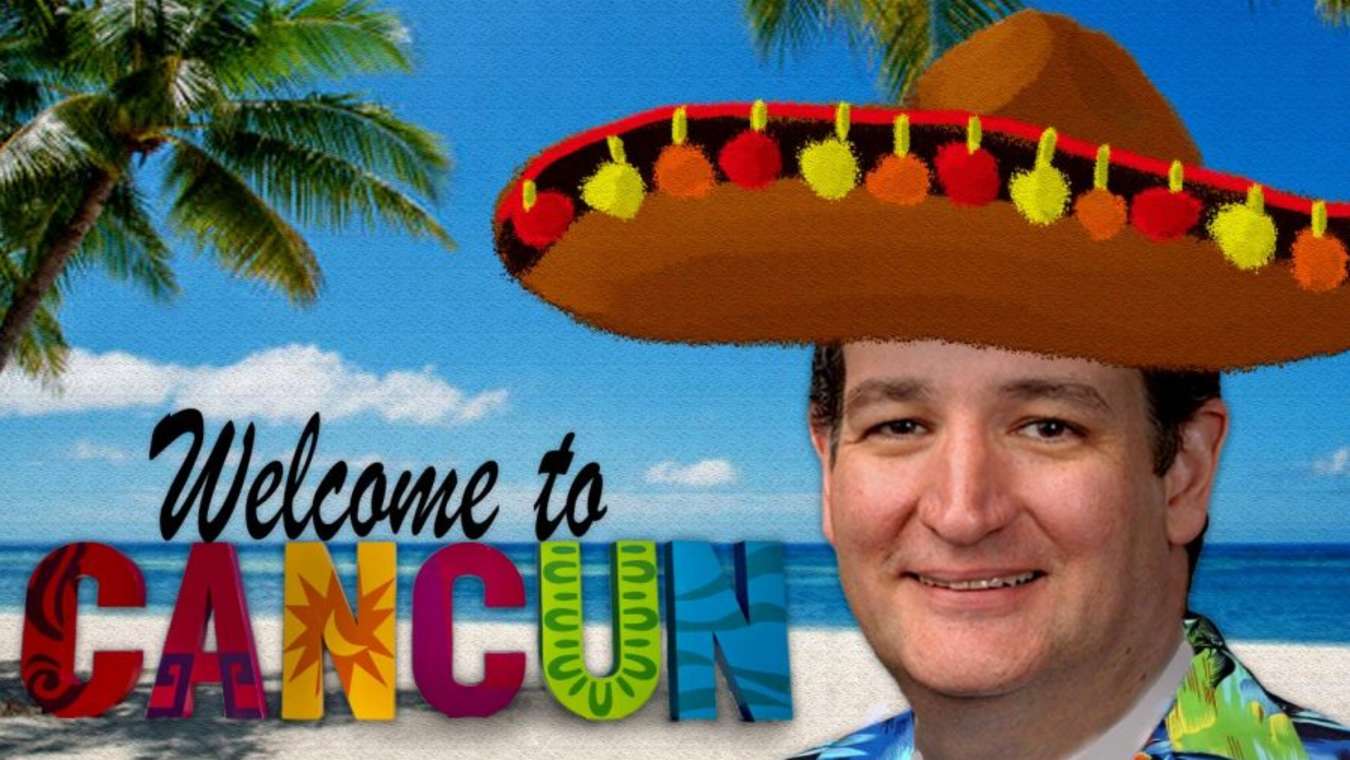 
After Ted Cruz shot back at a British reporter that America was “… the safest country on Earth”, people haven’t stopped laughing, this reporter included.

After America invades a country that is minding its own business and not paying excessive attention to America – like a spoiled Hollywood brat who demands the spotlight at all times, or there will be hell to pay, America will destroy a country militarily or economically or both if it doesn’t get its way. Vietnam and Iraq and Afghanistan all know this too well. And when those destroyed by America want somewhere to live and maybe eat food and have clothing and, OMG, maybe a job, they go to America. Which should answer Teddy’s curiosity about why people come to L’America, risking being raped by border guards and put into dog cages for a chance at the ‘good life’, where they will be police suspects forever.

So this reporter did a little digging about the senator. (Well, I looked him up on Wikipedia. I don’t over-extend myself for a Cruz.) And I discovered that Teddy’s REAL FIRST NAME is RAPHAEL!

Why the ‘Ted’? It sounds more Anglo-Saxon than does Raphael. Deep research also told me that Ted was born in Canada, and his father was born in Cuba – both Commie socialist countries!

And then it hit me! Is Raphael Cruz a Cuban mole in American government? Is that why he spends every vacation in Mexico – to get back to his Latino roots? As an American (or is he? Has anyone ever seen his birth certificate? Have to go to Commie Canada, or Commada, to find it, comrade?) … as I was saying, as an American, Ted cannot go to Cuba, so he does the next best thing: goes to Mexico and looks longingly over Caribbean waters to his old homeland.

As Wikipedia continues to inform, Raphael’s father didn’t become a naturalized US citizen until 2005! And yet Ted started serving as Solicitor General of Texas until 2003! How did a Cuban get into Texas politics when his daddy still wasn’t American?

The questions continue and the mind boggles at the bullshit. Clearly, Raphael’s daddy escaped Cuba since America continues its embargo over a tiff started in the 1960s. Therefore, Cuba is another victim of American imperial economic destruction.

On the sandy shores of Cancun stands Raphael … alone, a single tear slipping down his Chicano face … wondering if he will ever get to return to the loving arms of Papa Castro …