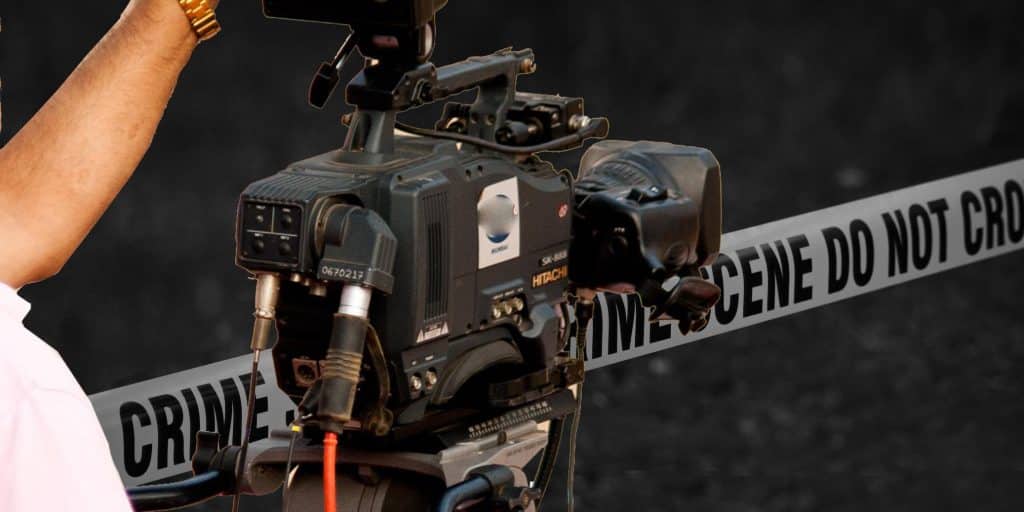 Episode 1 ”The Murder”: Disembowelment at Lake Wallenpaupack is going to change your life! This gut-wrenching, two-hour premiere introduces all of the key players investigating Derek Khan’s mystifying murder in the summer of 2021.

Episode 2 ”The Lake”: Lake Wallenpaupack is now tainted, there’s blood in the water, and it’s sending devastating ripples through the community. But first, a necessary deep-dive-detour into the relevant history of the titular lake. Specifically, focusing on its construction from 1924-1926.

Episode 3 ”The Problem with Wallenpaupack”: Experts get into the nitty-gritty and discuss the latest lake tragedy: specifically, the uptick in water quality issues of Pennsylvania’s second-largest lake (as explained last episode), due to an increase in recreational boat usage!

Episode 4 ”The Swollen Man”: The investigation ratchets back up when the police continually receive numerous anonymous tips about a mysterious swollen bald man. Producers and detectives search for the man who just might be the key to everything!

Episode 5 ”The Mistake”: A 50-minute replay of the police’s press conference explaining that the 69 “anonymous tips” were actually a series of highly coordinated prank phone calls from teenagers referencing the juvenile name given to Lake Wallenpaupack, “Lake Swollen-ball-sack.”

Episode 6 ”The Investigation Begins”: An explosive episode that features the forensic team dusting the scene of the crime in real-time! Pop-up videos appear throughout, providing fun facts about each crime scene investigator, like Stephen Dell, the forensic blood-spatter analyst, who discusses, at length, his lifelong predisposition to contracting “hay fever,” in the early spring. Bonus lunch-break footage only available on Paramount+!

Episode 7 ”The Second Mistake”: A 77-minute apology from the producers of the documentary who realized that they sequenced the episodes incorrectly. Episode 6 was actually Episode 3 and Episode 8 should be Episode 7 since this apology episode wasn’t supposed to be in the show.

Episode 8 ”The Witnesses”: The trajectory of the investigation changes when three similarly dressed men describing themselves as witnesses knock on the Sheriff’s door.

Episode 9 ”This One’s On Us”: A breezy 10-minute apology from both the detectives and producers who misunderstood that the three men were not witnesses to the crime, but actually Jehovah’s Witnesses.

Episodes 10-13 ”The Conversion: Parts i, ii, and iii”: The producers of the documentary take the viewers through their long and arduous process of becoming Jehovah’s Witness.

Episode 14 “He Is Risen”: While knocking on doors in the hopes of converting sinners, the producers are shocked when a man named Derek Khan answers the door! After failing to convince Derek to accept Jesus into his life, the producers begin searching for clues as to how and why he faked his own death.

Episode 14 Appendix “Fool Me Thrice”: A quick two-minute explanation that the man the producers found last episode was Derrick Khan not Derek Khan (no relation), the person who suffered the titular disembowelment and died a very real and excruciating death. Subscribe to the series’ companion podcast, The Long Derek Con-versation, containing interviews with every Derek Khan the producer’s obtained contact information for, regardless of how they spelled their name.

Episode 15 “Cut and Dry”: A new suspect emerges—the victim himself. Shockingly high-resolution security camera footage shows DEREK KAHN—the producers double-checked this time—comically slipping on a wet dock and landing directly onto the upturned and rotating propeller blades from the boat motor he was working on. With Derek’s accidental death revealed the case is closed!

Season 2 Teaser: Or is it? Spurred on by unexpectedly high viewership numbers, the producers dig deeper and question everything. Was this a set up? Who could have designed such a dastardly plan? What is His plan? How does the Jehovah’s Witness religion fit into my life? The answers to these questions will be revealed in the 23-episode second season: “Disembowelment at Lake Wallenpaupack II: The Search for the Swollen Man and The Faith We Found Along The Way.”

An Unfortunate Announcement Regarding Citizenship Downsizing