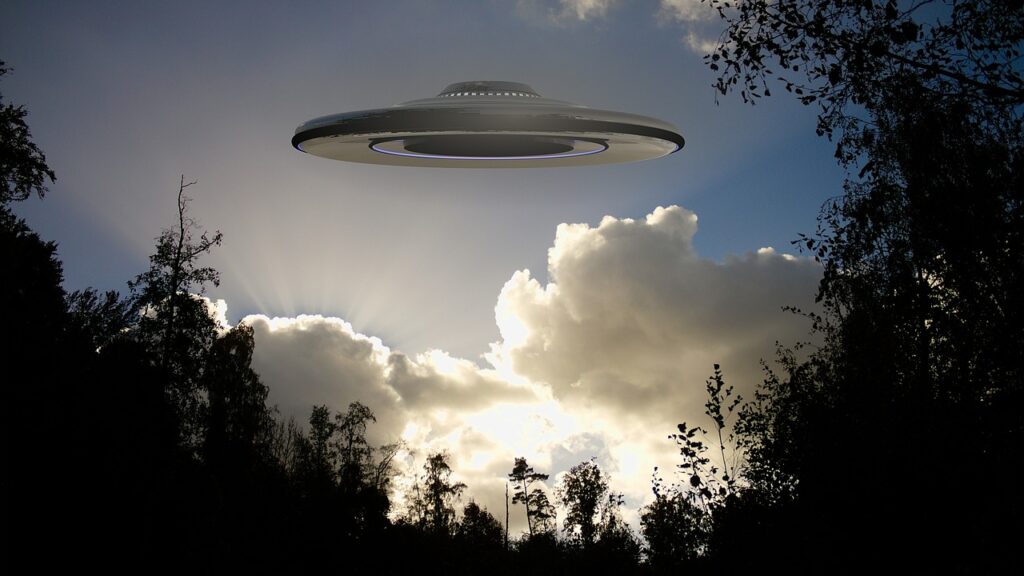 September 23rd, 9:10 PM: Two balls of light spotted circling above Fred McHampton’s farm. He and his sons opened fire on the “communist-looking” lights for 35 minutes until they blink out of view.

September 28th, 11:01 PM: A silver disk appears above Sheriff Dooley’s house. Moments later, his phone rings, playing OMC’s “How Bizarre” on a loop for a solid hour. “They were right,” the Sheriff reported, “it was pretty bizarre.”

September 29th, 5:31 PM: A man in a black suit visits the home of the editor for the local newspaper, telling her to not run any UFO stories. His speech is stilted and he appears to have a poor grasp of human interaction, described later as “big incel energy” by the editor.

October 3rd, 6:13 AM: An intricate series of designs flattened into a cornfield is discovered by a farmer. Police call logs reveal his panicked call, “it looks like a goddamn dick and balls! You gotta send someone over, oh god, we’re right next to the school! There’s no way this could get worse.”

October 3rd, 6:41 AM: “It’s so much worse!” The same farmer tells the same police, “My goddamn cows are turned inside out! You gotta send someone else over, it smells like an open grave filled with Big Stinkers!”

October 5th, 1:51 AM: Jules Beederman, 28, arrives at a local hospital claiming to have been abducted. He describes how the creatures strapped him to a table and began exploring every inch of his supple body as they [REDACTED] inserting the [O-OH, WOW, REDACTED] each one, in turn [REDACTED, RIGHT THERE] pumping, pumping until [OH, OH, THAT’S IT, REDACTED, YES] before finally returning him to the roadside still damp.

Common Complaints About Our Clones

So I Caught You Trying to Sneak an Ice Sculpture Through Security. Again.