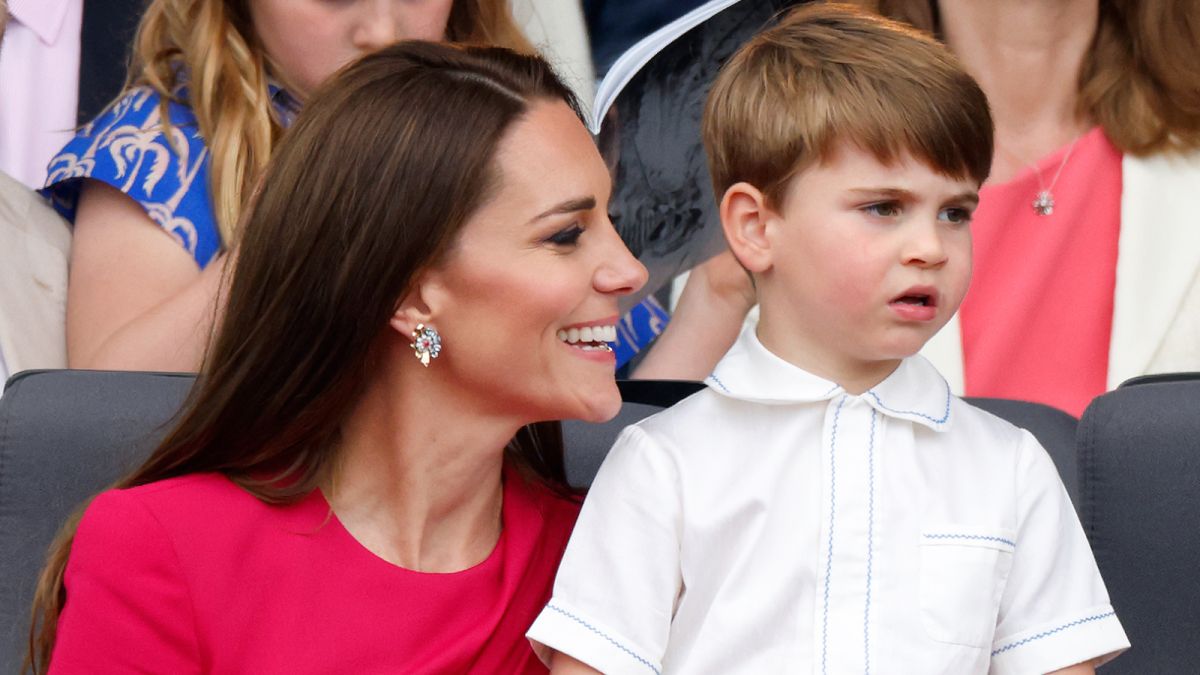 
Kate Middletons got nostalgic over her youngest son, Prince Louis, during her first royal engagement since the Platinum Jubilee yesterday.

Kate Middleton reminisced about ‘tiny’ baby Louis during her visit to the Little Village in London, following his entertaining behaviour over the Jubilee weekend.

Prince Louis stole the show with his lively and cheeky antics throughout the Queen’s four-day-long Jubilee celebrations. Even treating royal fans to a look at his close bond with his mum Kate and his grandfather Prince Charles, when he sat on his lap during the Jubilee Pageant.

The event was a proud moment for Prince William and Kate as they got to see Prince George show his first ‘shoots of leadership’ not to mention all the adorable sibling moments their children shared.

Their attendance at the Jubilee clearly got the mother of three feeling nostalgic, as she opened up about motherhood during her visit to the Little Village HQ in Brent.

The center provides parents in need with all the essentials, from baby clothes to pushchairs and while being shown their stock, Kate spotted a familiar item.

According to Hello! (opens in new tab) upon seeing a pair of blue baby booties, Kate exclaimed, “Oh, Louis had a pair like this! I can’t believe how tiny they are, he’s such a big boy now!”

She then quipped to a fellow mother and her two children, “You forget how tiny they are! I remember those days. It’s a busy time, but so wonderful.”

Kate has previously hinted at feeling ‘broody’ during her solo trip to Denmark earlier this year. However royal fans shouldn’t get their hopes up for baby number four, as Prince William has joked that there will be ‘no more’ children.