My Gay Stepdad Was All The Father I Needed 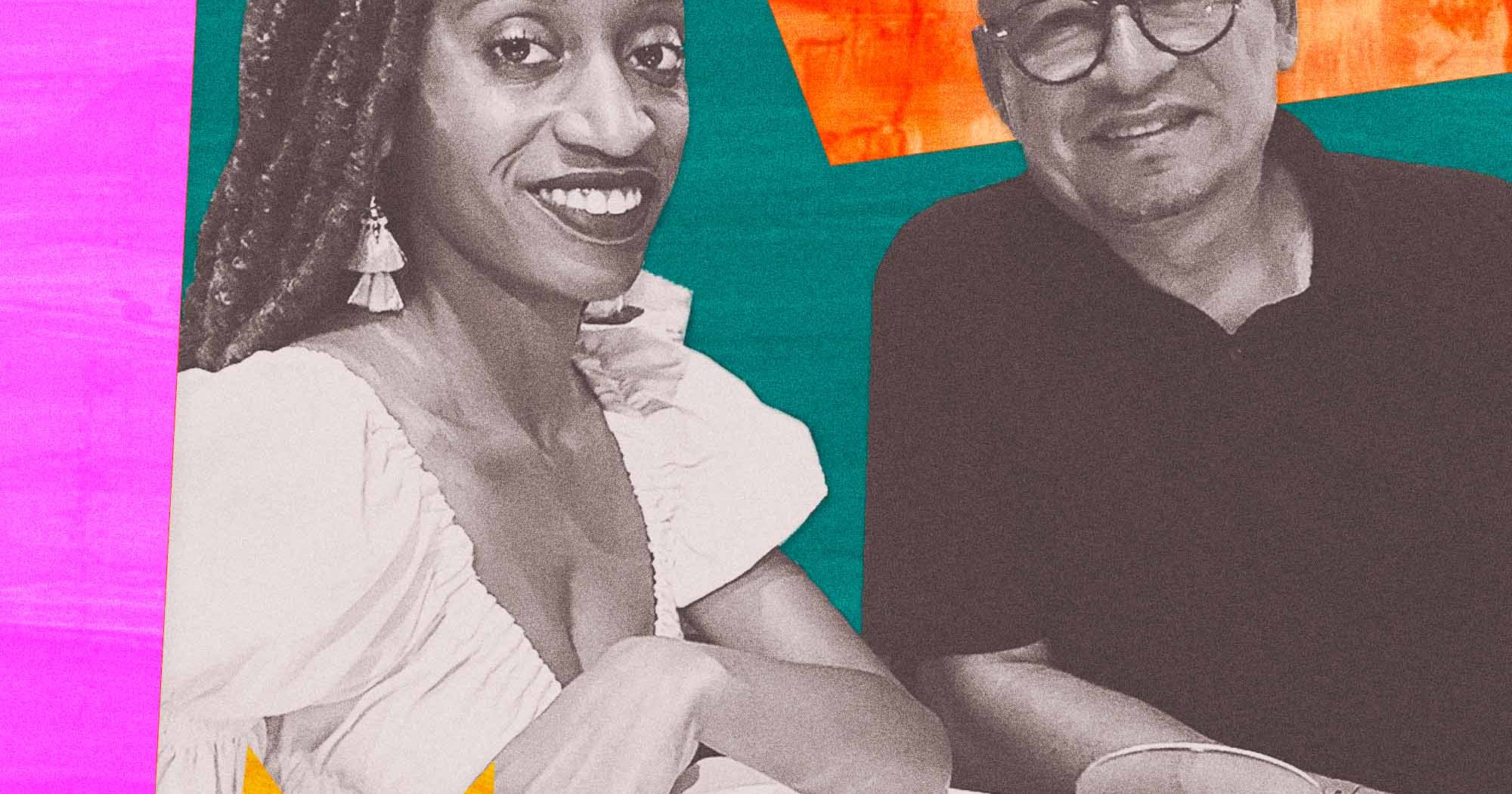 Moving to the DMV (DC, Maryland, Virginia) was the worst day of my pre-adolescent life. My mom had the great idea of leaving our lives in New Jersey to “start fresh” for reasons that are still unclear to me over 20 years later. I cried and protested for months. I hated living there — until I was eventually introduced to the parental figure I never knew I wanted.

His name was Raul. He worked with my mom at a credit union in the city.

Every day she came home from work with a story about one of three things: aggressive customers mad that their account was overdrawn, something new she’d learned about loan rates, or her new friend, Raul. (Knowing Marge, if she calls you a friend, you’re the real deal — she’s a Taurus so IYKYK.) He was basically my mom in the form of a Mexican man. Besides having a partner to be anti-social with during group lunches or to exchange knowing glances with at meetings, what stood out the most about Raul was that he wasn’t intimidated by her — he refused to tiptoe around her when she was having her attitudes. And only a brave (foolish) man could get away with that. When the chance came to visit her Washington, D.C. office, I went, playing the supportive daughter role, but I mainly had my mind set on meeting this guy I kept hearing about.

The first thing I noticed was his huge grin — he was just as excited to meet me as I was to meet him. We instantly clicked. He was hilarious —  from his stories to the way he deliberately provoked my mom. And he was genuine. He didn’t try hard to make me like him like my mom’s other co-workers did. Raul told it like it was to whomever in whatever tone he felt like using. Knowing I was the only one who could tame the two “troublemakers” of the office made me feel special. With his take-it-or-leave-it attitude, it was hard not to gravitate toward such a genuine spirit.

I knew Raul was gay the moment I met him. He never officially came out to me because he thought that at 10 years old, I was too young to even know what “gay” was. Little did he know, I’d been exposed to a lot of the world thanks to my very open relationship with my mom. So when she told him that I already knew, he was shocked. “How does she know that, Margarita?!” “I have an observant child, Raul.”

It didn’t take long for me to adopt him as my stepdad.

No, he and my mom didn’t get married. No, we didn’t go through the legal system. There wasn’t going to be a piece of paper that would determine who Raul was in my life. He was my Papichulo, I was his mamichula, and that was that. I never felt the need to explain to my friends the confusing dynamic of why my parents didn’t live together because it simply wasn’t their business. My relationship with Raul was a special privilege they didn’t need to understand.

My biological father didn’t want me and I was fine with it. I grew up an only child with just my mom, so how can you miss what you’ve never had? But Papichulo fulfilled the role of a father in every aspect I could imagine. The classic “when mom says ‘no,’ dad says ‘yes’” was always at play — for everything from getting a co-sign to dye my hair to proving I was responsible enough to get a puppy.

We took my first trip to Vegas together as a family when I was 18. He held my overly emotional mother in his arms during my high-school graduation and made sure I had the absolute necessities like a toaster oven and couch when I moved across the country to L.A. He even shared dating advice for the boys and sugar daddies I may or may not have dated in college. His messages of “don’t let him pick you up from your house” and “a guy who can’t open doors, can’t open legs” still echo in my brain. And despite Jamaicans being notoriously homophobic, my family welcomed Raul with open arms and hearts. Life with my unorthodox, kinda-sorta two-parent household was great.

Then, Trump came into office.

Raul didn’t have a visa, so he made the decision to move back to Mexico to avoid deportation. I didn’t handle him leaving well. Mainly because, like my younger 10-year-old self when we moved to Maryland, I was in denial about the truth and being angry helped me procrastinate processing the inevitable realization that I was losing my Papichulo. My frustration grew more intense as his departure day got closer. Each time my mom called with updates, I half-listened because I couldn’t handle knowing something that seemed so preventable was really taking my dad away.

I was pissed off with the world, the government, and even Raul. It wasn’t until I heard how out of place he felt being back in Mexico that I softened my stance. Sympathy replaced my rage. Though he was born there and spoke the language, he hadn’t lived there for 40 years. At 10 years old, I thought moving four-and-a-half hours away from where I grew up was the worst thing that could happen in the world. As an adult, I know that’s incomparable to Raul’s experience.

He was uprooted from a suburban Virginia bachelor pad surrounded by loved ones to mountainous fields and farms with no friends, only family who didn’t know he was gay. And while I still want to yell, “Why didn’t you just get married for papers?!” I have to give Raul the same grace I gave my mom 20 years ago and trust everything happening was for the best.

He’s been gone for a year and a half now. And while he’s not as close in proximity, Raul is still my dad. A parent’s love isn’t measured by whether the child grew up with them in the same household, but by the emotional and mental nourishment given on a daily basis. When he was in America, Papichulo supported me at dance recitals when I was 11 all the way through to following my journalism career in my 20s. Raul will be the man to give me away at my wedding, the person my kids will call “abuelito,” and the one who will hold me on their graduation day. As a parent, he shows love in the best ways he can from whatever distance, and, for me, that effort is all that matters.

Rebecca Black, A Queer Icon Every Day Of The Week