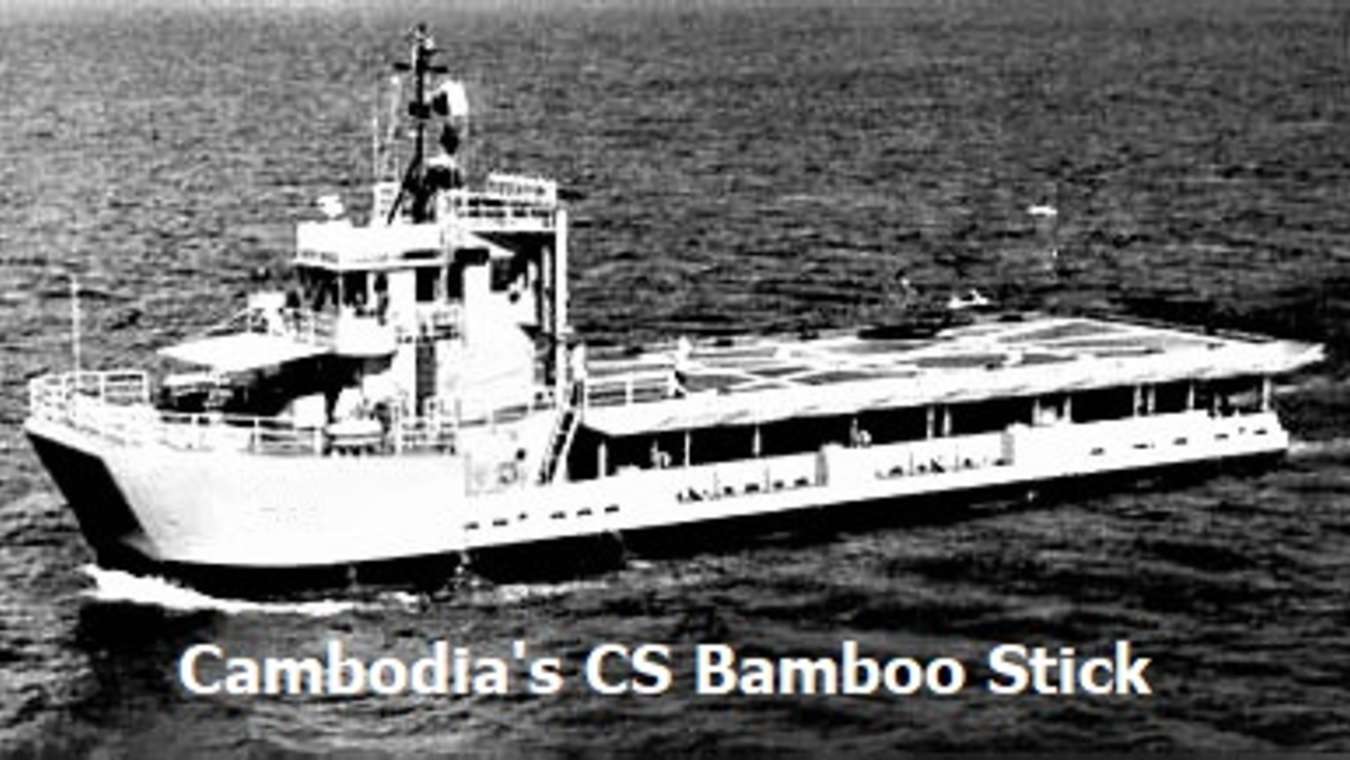 
JUNGLE ROT, Cambodia – (World Satire) – The Cambodian government is proud to announce that it’s one and only aircraft carrier (a helicopter carrier actually) will be returning back to the Black Sea, so that it can help defend Ukraine against the invading Russian invaders.

The CS Bamboo Stick, originally returned back to Cambodia after it’s lone helicopter was blown off the flight deck in a unusual gust of wind.

A spokesperson for the Cambodian government stated that the country opened up a “Go Fund Me” page and it was able to raise enough money to purchase a used helicopter.

The new used helicopter, a Heroine 17-H, was purchased from Peru for $2,950. The chopper was given a complete check up and after replacing 4 of the 5 tires, replacing the windshield wipers, and filling up the fuel tanks, the helicopter is ready to sail on the CS Bambi and fight against Putin’s aggressive aggressors.

SIDENOTE: Meanwhile, Voodoo Dupree with the Press Extra News Agency is reporting that Putin has promised that he will make it a point to send the CS Bamboo Stick to the bottom of the Black Sea.