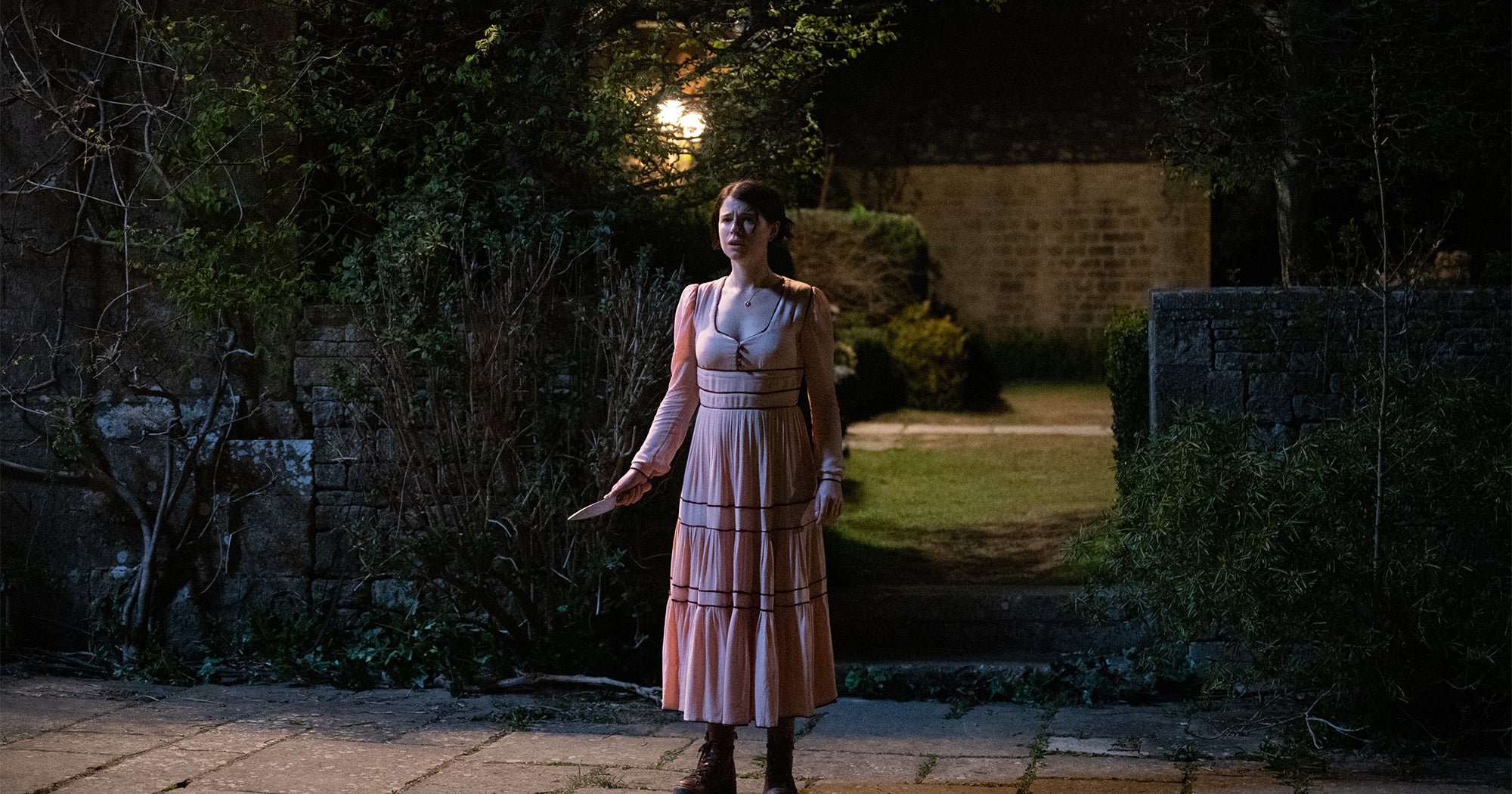 Horror has an endless obsession with portraying the feminine as monstrous. She is the mother who invades the species through forced insemination (Alien) or a menstruating force that changes a young girl into a monstrous being (Carrie and Ginger Snaps). Some of these films are great additions to the roster, offering empowerment in the gross, bloody reality of our pain and suffering. Garland’s film doesn’t make the cut. Why, when men are supposed to be the subject of this horror, is it still our anatomy that is used to repulse the audience? Men attempts to articulate an experience that, due to his male privilege, Garland has never had to live through and so he returns to horror’s most misogynistic tropes, using the female reproductive body to define monstrosity. In contrast, the only depictions of the phallic in this film are flaccid and unthreatening, with no potential for violence.