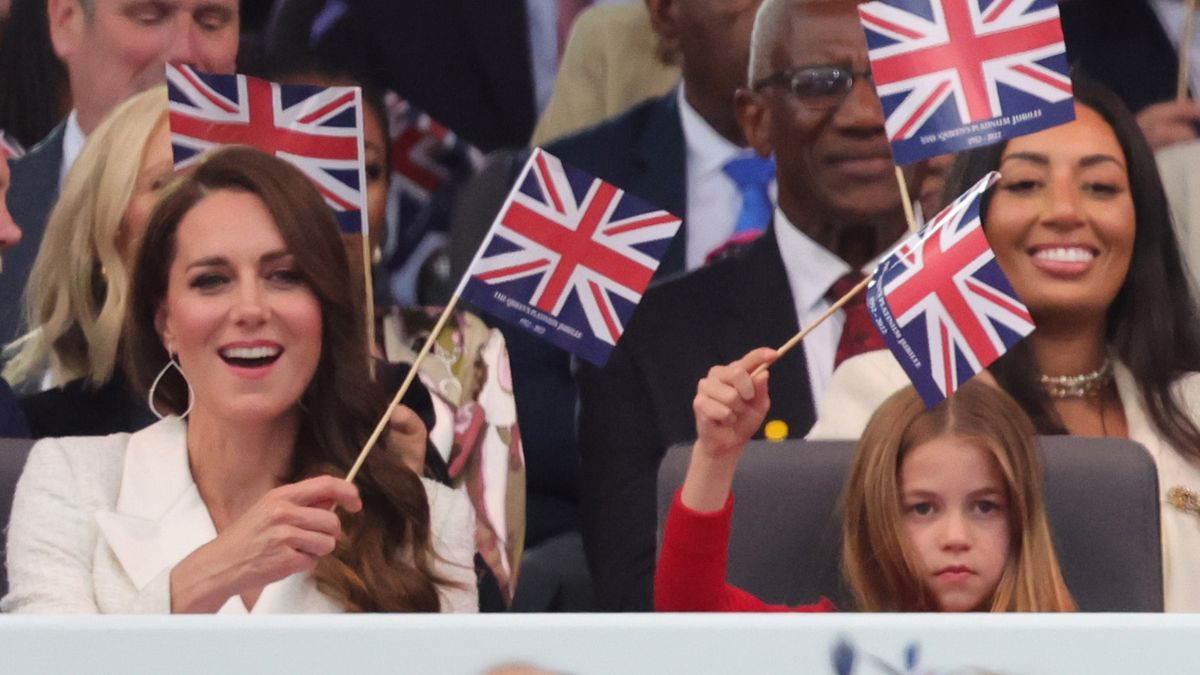 
Kate Middleton has shared a rare glance into the royals’ private family life, revealing that they all watch the Eurovision Song Contest.

The Queen’s Platinum Jubilee saw the Firm put their family lives on show, with Prince Charles on grandad duties to Prince Louis, and Princess Charlotte and Prince George sharing an adorable sibling moment. Now the Duchess of Cambridge has given another insight into their relatable family nights in.

The mother-of-three candidly revealed that the family are fans of the Eurovision Song Contest and gather to watch it!

This year’s competition saw the UK win second place, for the first time in 20 years, with singer Sam Ryder being narrowly beaten by Ukraine’s entry.  Sam then went on to perform his Eurovision song at the Jubilee concert and even has the honour of meeting Kate during the Palace party.

Detailing their interaction to People magazine (opens in new tab), Sam said, “She is so kind and said that the royal family had all been supporting me for a while and all throughout Eurovision.

“What I gather is a lot of the members of the royal family had seen Eurovision and were supporting my song from home, which means a lot.”

He then revealed what her words of encouragement meant to him, saying their meeting was “incredible”.

“It was so inspiring to get the encouragement from the royal family because they stand for such similar themes that Eurovision celebrates as well, like unity, togetherness, and solidarity,” he added.

The Jubilee concert saw the likes of Queen and Adam Lambert perform, as well as Diana Ross – with several members of the royal family watching and singing along to all the hits.

Fans especially loved the moment when Prince William and Prince George sang along to the UK’s favorite football anthem, ‘Sweet Caroline’ during the Jubilee Pageant.