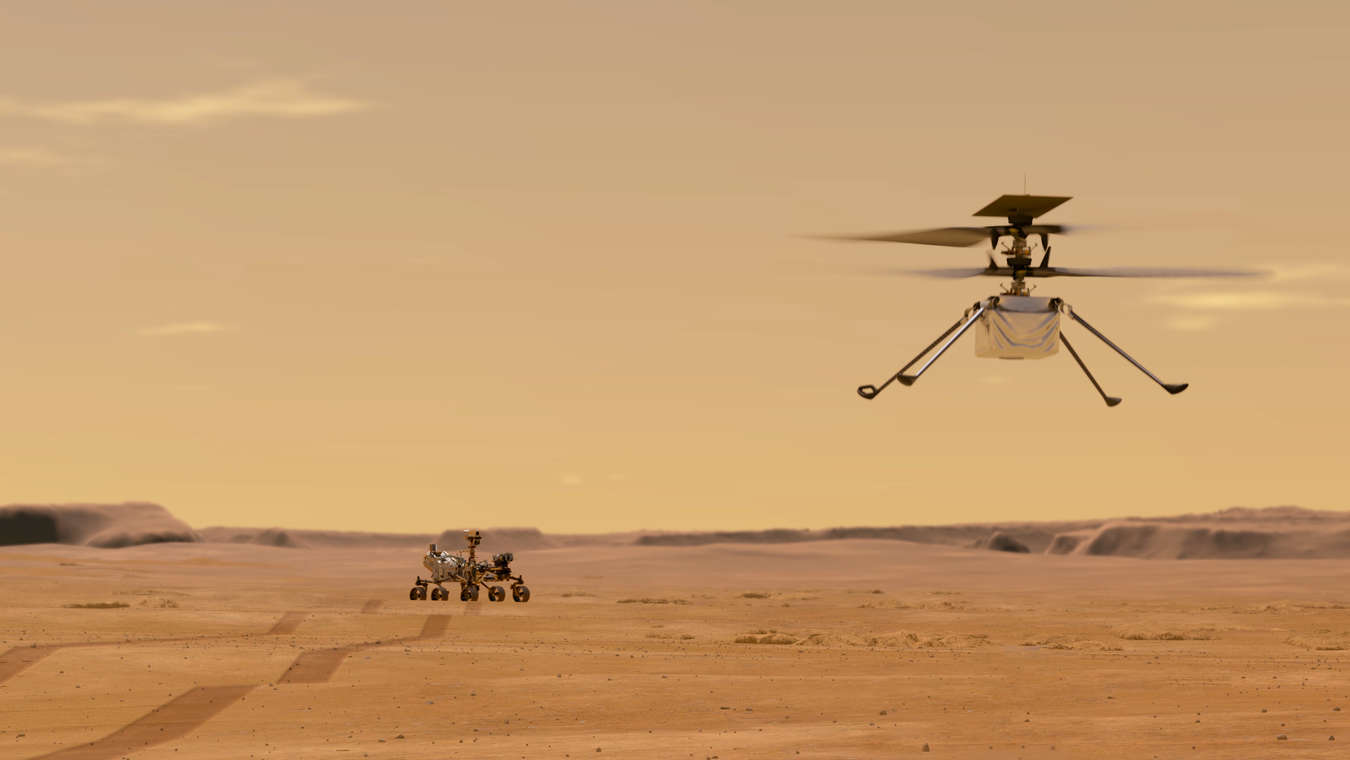 
While the rest of planet Earth was busy dealing with such things as nasty Commies invading Ukraine, the U.S.’s Agriculture Secretary reporting that Americans will not run out of eggs despite the ongoing outbreak of bird flu, ‘Tiger And Bunny’ having its second season premiere on Netflix, and yours truly was stimulating his mind with the very educational ‘Family Feud’, history was being made elsewhere in the solar system.

NASA’s Ingenuity Mars Helicopter made a record-breaking 25th flight on April 8, 2022. The Ingenuity Mars Helicopter was built by the Jet Propulsion Laboratory (strangely enough, because the little guy is a helicopter and not a jet by any means, so what’supwiththat?!), which also manages the project for NASA. They landed the cute little toy helicopter on the Red Planet on February 18, 2021, (in case you forgot, because I sure did), after a trip of 221 million kilometers (give or take another 87 million), and a cheap-ass price tag of less than 10 billion bucks. Okay, maybe $80 million, but we’re talking about the government here, sooo…

Ingenuity’s flights are autonomous, with commands to the Perseverance Mars rover, which then relays those commands to the helicopter. Sort of like your Mother asking you nicely to clean your room, after your Dad tells her to tell you that he’s going to kick your sorry ass out
of the house if you don’t shape up.

Covering a distance of 2,310 feet (for you old-timers) or 704 meters (for you metric snobs) at a speed of 12 miles-per-hour or…let’s say, um…75 kilometers per hour, it was the unmanned rotorcraft’s longest and fastest flight to date. So take that, Bobby Snead! I told you I wasn’t impressed by your lame paper-airplane flight of 20 feet (or 116 meters) back in Grade 8!

This was the Not-Airwolf-or-Blue-Thunder helicopter’s 25th flight. What? You weren’t aware that you missed the first 24 flights?! Eh. Me neither. However, more flights are planned and some impressive footage has been captured of the surface of the planet that’s given us three-legged Martians, Ice Warriors, and Michael Jackson.