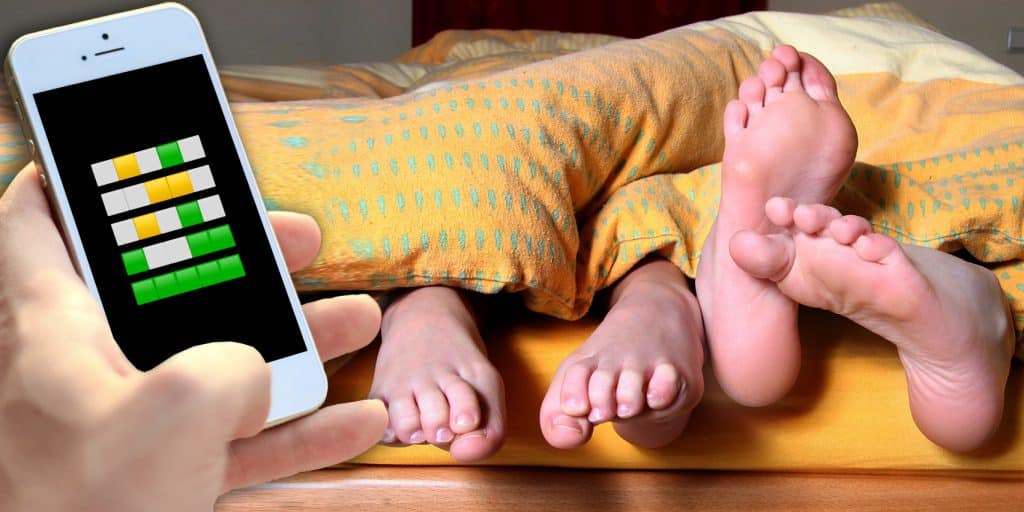 Solid choice. On average, someone who yells out the name MARIA during or immediately after successfully completing intercourse will have cut down the 8,300,201 available women’s names to just 8,200,201, possibly resulting in a rosy, post-coital glow and a 57% chance of repeat action.

Unluckily for you, the girl you are with has one of the 8,200,201 remaining names, and although her name shares three letters with Maria (I, M, and A in the right place), it is different enough that this not-Maria digs her long nails into your hips and forcibly rolls you off, yelling: “Asshole!”

Really? Of the 2,309 possible Wordle solutions out there, this is not the one we would have picked. This word combines an utter disregard for the egregious error you committed with your first guess, along with complete self-absorption and a focus on your own physical injuries relative to the emotional distress of a not-Maria being called Maria.

At this point, your not-Maria may react in two different ways. One is to yell, “Get out,” requiring your immediate withdrawal from the premises. The second is to afford you another chance to redeem yourself.

Lucky for you, looks like she’s going with option two.

What are you, a moron? First, you yell MARIA, then YIKES, and now you invoke God’s name? You’ve lost your shot at being “Impressive!” that’s for sure.

Whatever you do next, we sure hope you don’t decide to yell out another incorrect name. Let’s face it, names are not your strong suit. It’s time to switch to words. Remember, those 2,309 possible correct solutions in Wordle? Try using one of these instead.

But this round? It’s all black squares. Again.

Great choice. SORRY would have been one of my top picks. It’s short, it’s sweet, and it conveys just the right emotion that’s needed here. Now you’ve narrowed it down to only two possible subsequent options: LOVEU and [YOUR DATE’S NAME].

Sheesh. You had a chance and you blew it. This guess adds nothing, and what’s more, it makes matters worse. Ever heard the expression “too soon?” This is the definition of too soon.

You have to get [YOUR DATE’S NAME] before you can try AGAIN. We’re aware of very few instances where repeat action has followed an incorrect first guess. In fact, we’re concerned about any ladies who’d allow it.

At this point, let’s face it: you’re so screwed. In fact, we’re amazed you’re still standing.

Phew! Congratulations, you made it. That’s the name! You had two choices and you picked the right one. This was lucky, and a smart guess. We’re proud of you. Just for your edification, selecting LOVEU would have been a bad idea. LOVEU, though appearing to be a decent pick, can only be used once you’ve gotten WILMA right for at least three consecutive months. There have been instances of successful earlier use but that’s only in relationships characterized by attachment disorders. Trust me, you don’t want one of those.

Now go ahead. Use all your other words. Bravo!

Mosquitoes Review Me | Points in Case

This Pride Month, TD Bank Is PROUD to Say: You Owe Us Money

The Parking Garage Is Compromised, So How About We Trade Federal Secrets at La Romantica?