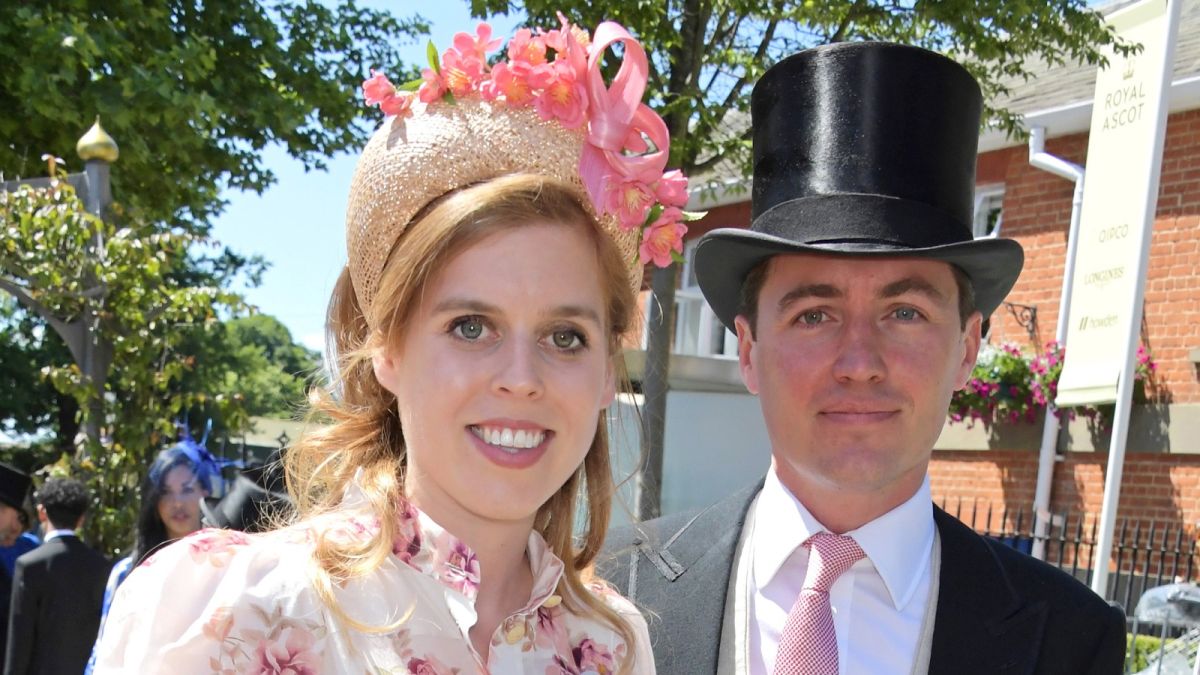 
Princess Beatrice couldn’t resist giving a sassy remark to photographers who scrambled to take her picture as she arrived at Royal Ascot.

Princess Beatrice (opens in new tab) and Edoardo Mapelli Mozzi stepped out at Royal Ascot but the royal delighted fans with her quick-witted remark to photographers who scrambled around them as they arrived at the racecourse.

The Royal Family are often photographed attending official engagements and Royal Ascot is traditionally attended by royals each day. And that makes them highly desirable to photograph.

But Princess Beatrice was taken aback with the urgency at which the snappers swarmed her and husband Edoardo as they headed over to the exclusive areas.

It prompted the 33-year-old mum, to daughter Sienna, to joke, “I’ll be here all day”, suggesting that they need not all race at once.

Beatrice wore a floral printed shirt dress from Zimmermann. Its romantic puffed sleeves are adorned with a pink floral rose pattern and is crafted from a cotton and silk-blend jacquard material.

She teamed the outfit up with a wicker headband with fuchsia pink colis and matching wicker clutch bag which had her initials BY – for Beatrice York.

The event is a big one in the racing calendar.

The Queen will sadly miss the event, after it was hoped she would be there to watch her favourite sport in action.

It comes after Her Majesty missed the Order of the Garter (opens in new tab) earlier this week.

Meanwhile other members of the Royal Family have attended including Prince Charles and Duchess Camilla, Zara and Mike Tindall as well as the Duke and Duchess of Gloucester and Prince and Princess Michael of Kent.

Prince William and Kate Middleton have been notably absent from the races and its tradition for them to ride in the carriage procession as guests of honour before the races kick off.

But instead they attended a special multi-faith service to mark the fifth anniversary of the fire at Grenfell Tower.