The Unexpected Community That Helped Me Embrace My Queer Identity 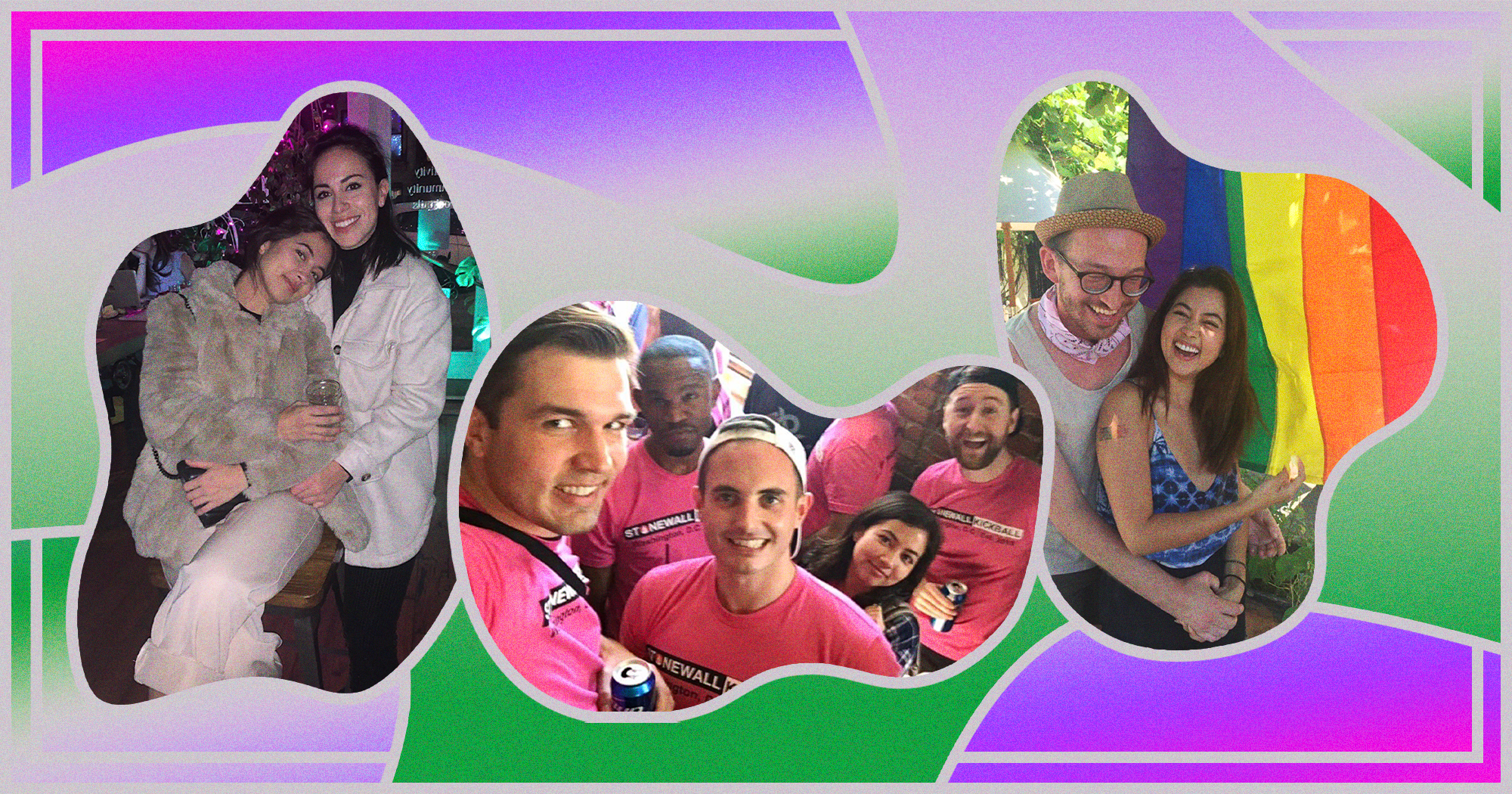 To celebrate Pride, we’ve teamed up with Absolut — proud 40+-year ally and year-round supporter of the LGBTQ community — to shed light on stories of self-discovery, acceptance, and joy.

When I was heading into my senior year of college in Washington, D.C, the thought of life after graduation was filled with uncertainty: Where would I move? Who would I meet? What kind of job would I have? I wandered into an internship fair on my campus with these questions swirling in my head, and stumbled upon a booth for a non-profit called American Forests. The representative, Chris, asked if I was familiar with their work — I immediately lied, and said yes. (Years later, as close friends, we laugh about that moment.)

A few weeks later, I started my communications internship at American Forests, taking the metro twice a week from Tenleytown to Metro Center to sit in a little office and write blog posts about trees for a few hours. During those afternoons, a friendship was forming between Chris and me, and he eventually recruited me for another (and now, in hindsight, a vastly more important) position, one on the Stunt Queens, his queer Stonewall Kickball amateur sports team.

Did I think joining would launch me on a path toward self-exploration about my sexual identity? No, not at all. I was simply down to meet new people. Ever since high school, I felt like I was a very fluid person, one who rejected labels. Whenever I was asked about my sexual orientation (though, to be quite honest, not very many people asked), my answer was always: People should be allowed to be attracted to anyone. And yet, I had only ever found myself in heteronormative relationships.

Up until that point in college, I was mostly surrounded by Greek life students who presented as straight, and the people who approached me were usually men. So when Chris asked me to join Stunt Queens, they had no idea how I identified, and honestly I don’t think I fully knew, either. I was hyper femme, and most people assumed I was straight — which made it infinitely easier to suppress and ignore my queer identity. Even though I lived in a liberal area, there was still a lingering fear about fully embracing the fluidity I so badly wanted to own. I was scared that people’s perceptions of me would change. And I was afraid of what “love” would look like in a nontraditional sense.

But once I met my teammates, I knew it was going to be an experience unlike any other. Friendships are some of the most important connections we make in our lifetimes — some are chance encounters that can change lives in a myriad of ways. And these new bonds opened my eyes up to a whole other world of friends, fun — and even love.

Every Sunday afternoon, the Stunt Queens met on the green of the National Mall to kick a ball around. I have never cared about sports; I was just happy to be there, to be included in this new community of beautiful people, and to be sipping vodka out of a flask with my new friends.

After the game, we’d venture to a this unassuming Italian restaurant, the most unlikely queer spot you could think of but has become a local hub for the queer community because of its location in Dupont, once considered the “gayborhood” in D.C. I’ve found myself there with the Stunt Queens on many nights, singing classics like “A Whole New World,” from Disney’s Aladdin.

Our next stop was always Cobalt, a now-closed gay club, which was set up like an adult frat party during the day. We tossed ping-pong balls or slapped cups off a table, with Britney blaring from the speakers. As the day wore on — and as more vodka sodas were consumed — it turned into a dance party. And once the sun dipped, we’d stumble out into the night, and I’d begin the journey home. I cherished every moment.

Around my college friends, I always presented one side of myself, but with the Stunt Queens, I didn’t have to be so prim, proper, and polished. I could be comfortable. I could be myself. I admired how confidently the queens let every side of themselves glisten. And I found their no-holds-barred honesty so refreshing. I wasn’t “out,” but every night I spent with the queens brought me one step closer to realizing a crucial piece of my identity. I had conversations with them about my sexuality, but they never pushed or prodded — even when they would see me chatting up a girl at the bar.

The following year, I was offered a job that brought me to New York City, but I was not prepared for how lonely the city could be. I hardly knew anyone, and I felt trapped in an unhealthy (newly long distance) relationship with a man. After ending things with him, I took the time to figure out what I really wanted — what made me feel truly happy, and most importantly, who made me feel truly happy.

I kept coming back to my time dancing and chatting with my friends from Stonewall, how much more comfortable I felt at queer bars in my new city, and the fact that I kept finding myself more and more attracted to women.

Speaking your truth is the most powerful thing you can do for yourself. Once I fully embraced my identity, I found my life partner, a woman. In much the same way that joining Stonewall Kickball opened me to new possibilities, carving out my own niche within the queer community has opened me to fulfilling experiences. And while I might not always want to head out to the club to dance the night away anymore, queer spaces and the warm embrace of acceptance within them have given me something even better: lifelong friends and a partner with which I’ll always want to clink glasses.