I Repatriated to My Homeland & Found Myself Again 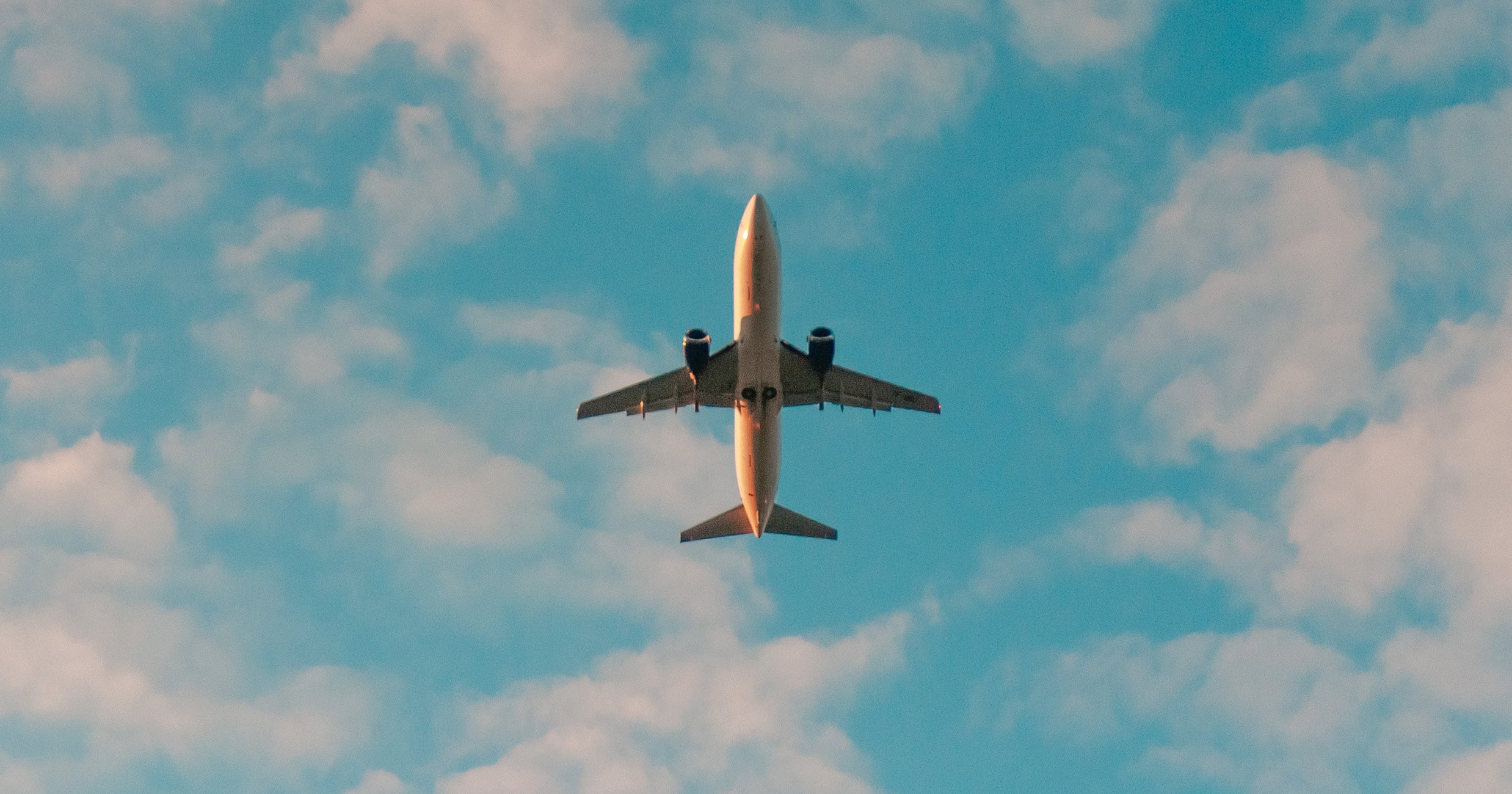 As a child, I used to dream of Panama. In my wildest imaginations, I imagined an African country with vibrant Black culture and people who spoke Spanish. When I finally visited the Central American country that my family is from, it felt a little like that, like home. I was a 20-something Panamanian-American drawn to the communities, their sense of belonging, self-awareness, and joy.

As a Black Latina born and raised in Brooklyn, I felt like I could contribute to this society in a way I was struggling to in the United States. In the U.S., the conversation around Afro-Latinidad is just making it into the mainstream. There is so much confusion about Black Latines. Even among those of us who are of African descent, there is a lack of understanding of our history here and in Latin America. As a result, I spent a lot of my time and energy educating people on the reality of chattel slavery in Latin America and our shared, but distinct, history and experiences as Black people throughout the Americas. In Panama, Black communities knew who they were, where they came from, and where they wanted to go, as a culture and people. And it wasn’t just Panama; Latin America has so many Black regions and communities that I wanted to know.

As a storyteller, I’ve spent my entire career centering Black Latine narratives. For me, this work gives me the opportunity to express myself creatively and push our narrative beyond the violence of our past. It’s about telling new stories, narratives like the ones I was seeing, experiencing, and learning about in Panama. I wanted more of this, and I knew I couldn’t tell these stories justly without living in Latin America and being a part of these communities. So in 2019, I made the leap to live in Latin America and tell Black Latin American stories, starting with the Dominican Republic.

But then the Covid-19 pandemic hit, and the fantasy I had crafted in my head began to fall apart. Unable to do what I came to the Caribbean country for, I felt stuck in DR. With daily curfews, social distancing, and a lack of work, I had a lot of time to think. During isolation, I realized that I wasn’t stuck at all. In fact, my life was just beginning. As an unmarried Afro-Latina in Latin America, paying my own bills, and walking freely through the world, my presence alone felt powerful. It isn’t the norm to see a Black woman in Latin America living like this. But I also know this is a privilege afforded to me, in many ways, because of my U.S. passport, a fact I try not to forget while on this journey.

Like me, many other Latines who traveled back to their homelands, or the past homes of their parents or grandparents, searching for belonging got “stuck” in the region because of the pandemic. Also like me, many of them decided to stay, reconnecting with their families and land.

I was born and raised in Mexico. When I was 15, my family and I migrated to the United States. It wasn’t easy. I spent many years undocumented and then DACAmented. As a parent, I felt like there was no true life for us in the U.S. It was very stressful. We were just making ends meet, month by month. We were living paycheck to paycheck. There was no opportunity to have a savings account, buy a house, or to build any kind of wealth. After coming to terms with this, my partner and I decided to move to Mexico. We had land and family here. We knew how to work the land. So, we asked ourselves, why don’t we just go back to that life and trust that it’s going to work for us? And we did. We moved on March 15, 2020, right when the pandemic kind of hit our side of the world.

Immediately, we started doing a lot of work locally, especially with water and farming. I live in my partner’s community, which is a rural region south of Puebla. It’s a semi-desert, so we have a very long dry season when we struggle with water access. One of the first things we did when we relocated here was rehabilitate my partner’s family’s water well. Now, the well feeds his family and its cattle. Additionally, I’m always participating in community projects, like planting trees, raising funds for community needs, and providing birthing education.

I’m a full-spectrum birth worker, which means that I support people through full-term pregnancy, birth, postpartum, abortion, and miscarriage. I’m also a lactation counselor, educator, and activist. Since moving, a lot of my birth work now happens in a digital classroom. Online, I provide classes for other birth workers and pregnant families here, in the U.S., and in other countries. The majority of my work is focused on communities of color, specifically Black and Indigenous communities. This work feels like a deep ancestral calling. And now that I’m back in Mexico, it feels like it’s all in alignment. I’m just going with it, just going with the flow. When I show up as a birth worker, I know that I’m stepping into a ceremony of birth or ceremony of postpartum; I know that people deserve this dignified, high-quality care because they’re carrying life. Even when I show up to support someone through an abortion, it’s the same. It’s a ceremony. Someone is choosing to send a spirit back to its spirit world, and they deserve the same dignified, high-quality care.

I was born in Belize, but I moved to South Central Los Angeles when I was four years old. Due to family conflicts, my mom fled the country with me. As an Afro-Caribbean, Afro-Central American, Afro-Latina, and Afro-Belizean, I always knew that I wanted to return to this land.

I got my degree in biology, with a concentration in environmental science, with the hopes of becoming a marine conservationist in Belize. Belize is naturally abundant in resources. As a result, aquaculture is a big part of the Belizean economy. Lots of people live off the ocean here. In 2020, I finally made the move, and in April of 2022, I was hired as a conservation officer for one of the biggest marine reserves here. In this role, I will be regulating traditional or commercial fishery practices and ensuring people are fishing sustainably. This includes educating locals on fishery laws and protecting natural habitats.

It’s a dream come true. I finally did exactly what I said I was going to do, and I feel like I’m really giving back to my country. It’s exciting because I couldn’t do this, in this way, while living in the U.S.

I was born in the U.S., but I grew up in Santiago, Dominican Republic. I lived in Santiago from when I was three years old to when I was 15, and then moved back to the United States where I’ve spent most of my adult years. Then I returned to DR during the summer of 2020. I didn’t want to spend the winter in a lockdown and thought I’d be here for six months. I had no intention of ever moving back to the Dominican Republic. As a child of immigrants, you’re supposed to be grateful for the sacrifices your parents make. And I am grateful. I went to college in the U.S., and I busted my ass in the journalism and media spaces, which are difficult to navigate without connections.

But then I decided to stay. I moved to Cabarete, a town on the northern coast, because I had friends who were living here. I also felt safe in this town. I think sometimes people romanticize moving somewhere new. Just look at shows like “Emily in Paris.” But that’s just not realistic.  The first year that you’re living somewhere new, you’re going to be bored as fuck.

One way I entertained myself was through books. I have been surrounded by books my entire life, and it felt important to me for there to be bookstores available to people. But there aren’t many here. I remember reading an article about how some bookstores in the Dominican Republic closed during the pandemic. Some shifted to papelarias, selling art supplies and stuff because people are not buying books. Then I found out my favorite bookstore in Santiago burned down. I was heartbroken. Seeing the lack of bookstores on the island, I decided to open one. To me, it felt like an opportunity to mix all the things that I love to do: reading, writing, and just being surrounded by books.

I opened my bookstore, Cosmos, in 2021. Most of the people who come in are locals, which I love. One of the biggest challenges has been keeping the books coming in, keeping the inventory going. But I’m making it happen. I had a successful Indiegogo campaign that I launched at the beginning of the year. Through it, I was able to raise $9,000. With that, I opened the bookstore, brought in inventory, furnished and decorated the place, and was able to pay artists to make the space look very beautiful as well as employees for the first four months. Right now, it’s only me again, but I do want the bookstore to be able to fund itself.

I also want to start a writing group for teen girls this summer. Already, the store has impacted the landscape here. When people come, they’re like, “Oh, this is a bookstore. I’m so happy that this is here.” I love how it’s shifting the community.

I was born in Chile, but I lived most of my life in Harlem, New York. I’m a writer, filmmaker, and festival programmer. Initially, I romanticized my return to South America. I thought I was going to just write. At first, I stayed in Argentina. There, I fell in love with just sitting in the cafés where famous writers used to frequent.

Then one day, I took the bus through the Andes to Chile to be with my family. Before I knew it, I had gotten an apartment. I really feel like the community around me transformed me. I moved back to my hometown of San Vicente de Tagua Tagua, where I’m at right now, and I’m learning so much about its prehistoric history and my family. The fact that I can just go down the block and see my cousin working at the market is so beautiful.

I’ve always considered Uptown New York my home, but Chile is home, too. Chile made me, and I understand myself a little better here. In many ways, it’s why I am the way I am. I see my fighting spirit in the spirit of Chile.