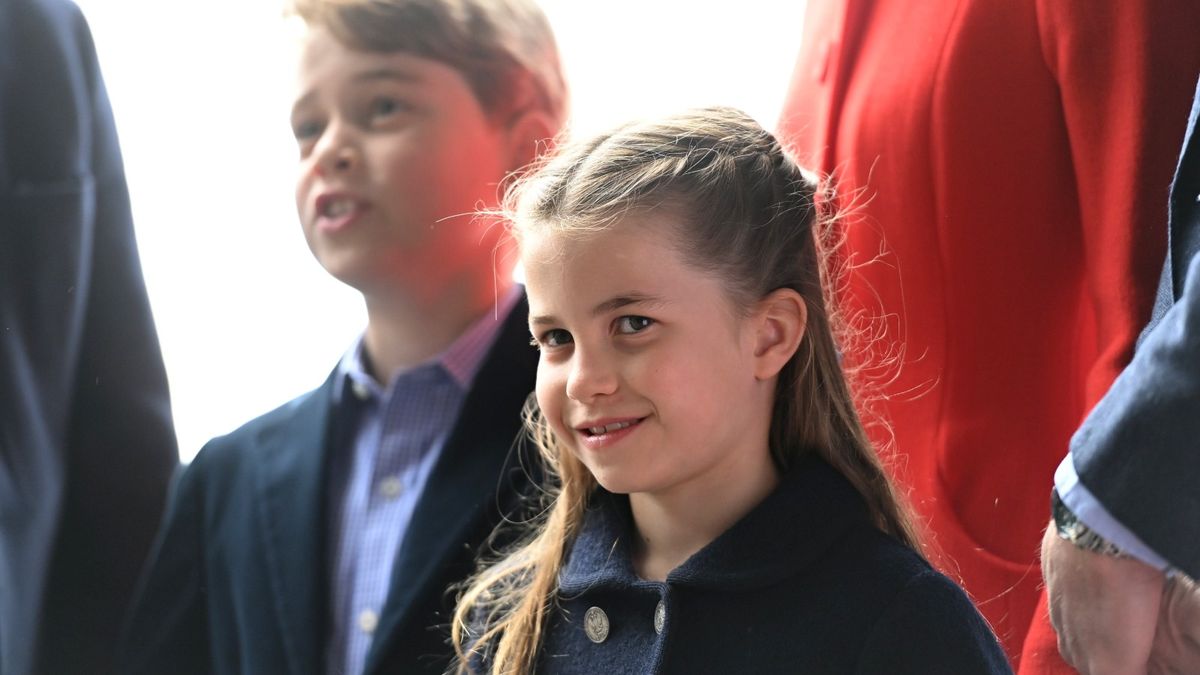 Princess Charlotte gave her father Prince William strict instructions on what she wanted him to tell the England Women’s football team.

It comes after the youngster proved she is a royal pro with rare footage on TikTok (opens in new tab).

The Duke of Cambridge met up with the Lionesses at their Burton-upon-Trent training ground ahead of the UEFA Women’s Euro 2022 which is being held in England this year.

Prince William, who is president of the Football Association, took part in a shooting session and chatted to the players.

And there’s one important detail that Princess Charlotte, seven, wanted her dad to tell the girls as Prince William revealed her sweet message.

The Duke was presented with some football shirts emblazoned with his children’s names and ages on the back – George (opens in new tab), Charlotte and Louis.

But he confessed that the name Cambridge could one day be printed on the back of a goalie shirt, as he admitted, “Charlotte wanted me to tell you that she’s really good in goal.

“She said please tell them that. Budding star for the future.”

While it might be a few years yet before we see if Charlotte can make the squad, she has already shown off her ball skills during a kick about with Prince George during a charity polo day.

Princess Charlotte was gifted her own women’s football shirt when she was just aged one and it looks like the Cambridge kids will be tuned in to see how England fair.

Prince William went on to share his pride over the success so far of the England Women’s football team.

He said, “It’s a big tournament coming up for you, it’s exciting and everyone’s looking forward to it. You are all trailblazers for women’s sport and women’s football.

“The best of luck. You’re going to have big crowds, good TV – it’s going to be an awesome summer, it really is.”

Prince William supports Aston Villa football club but admitted, “I will be keeping an eye on what you’re doing and be watching the games with the children, and I’ll try to come along where I can to give my support.