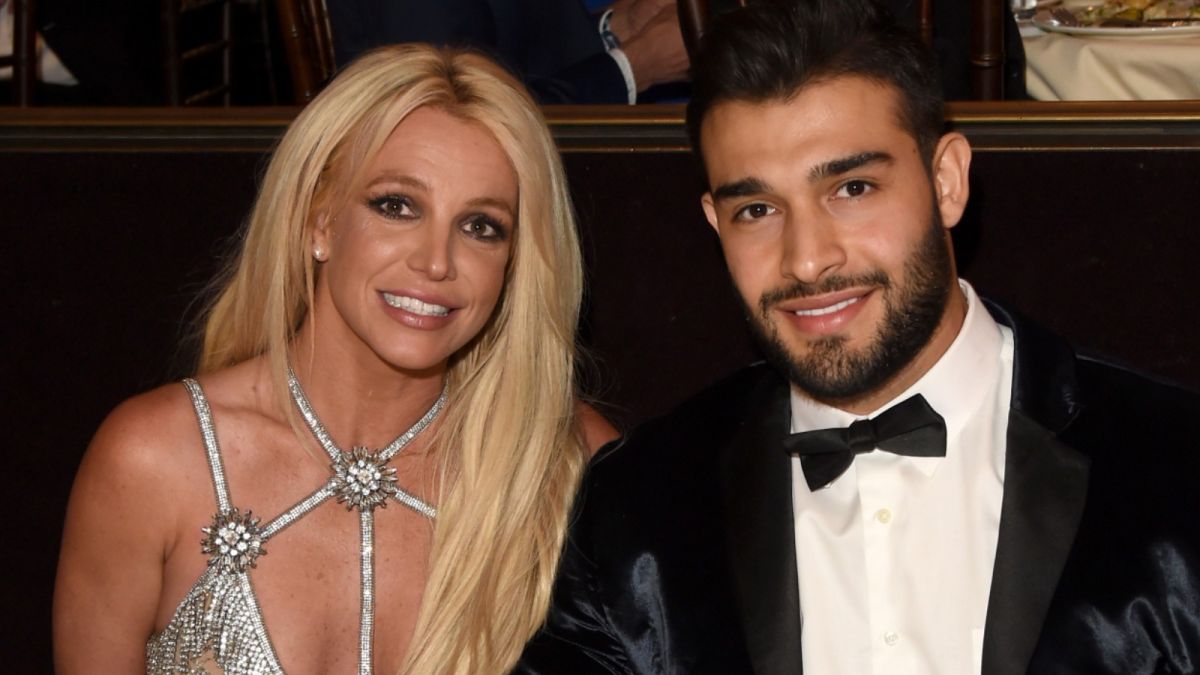 
Britney Spears appears to have deleted Instagram just a week after marrying  her fiancé Sam Asghari (opens in new tab).

The couple, who tied the knot during an ‘intimate ceremony’ (opens in new tab)  at her Los Angeles home on June 9, have been in a relationship since 2016. It’s reported that just 60 guests witnessed the union  – including celebrity friends like Selena Gomez, Madonna and Paris Hilton.

But the wedding didn’t run smooth as it’s reported Britney’s ex husband Jason Alexander crashed her wedding hours before the ceremony, leading to him being restrained and subsequently TMZ (opens in new tab) claims Britney got a three year restraining order against him.

And now the Baby One More Time hitmaker seems to have deactivated her Instagram account. Fans wishing to click on the popstar’s profile are met with an alert which reads “Sorry, this page isn’t available. The link you followed may be broken, or the page may have been removed. Go back to Instagram.”

Britney previously deactivated her social media back in March and returned two days later but it’s not known why she’s come off it this time.

Britney opened up on her heartache int he weeks leading up to her wedding where she revealed that she had a miscarriage (opens in new tab).

Her new chapter started when she announced that she was free from her conservatorship (opens in new tab) as she revealed she wanted to get married, buy a house and have children.

Britney is already mum of two to sons Sean, 16, and Jayden, 15, from her previous marriage to Kevin Federline.

Meanwhile Sam is still using his Instagram and he uploaded a snap taken from their wedding day. He simply captioned it, “Mr. and Mrs. Asghari ♥️”

And just a day ago the model turned actor, shared a clip from his upcoming movie debut in Hot Seat. “Get your popcorn ready. Get ready for some action. 🍿🎥 July 1st” he told his 2.6m followers.

Britney’s social media deactivation has sparked concern from fans who have been asking why on twitter.

One fan put, “Britney Spears deleted her Instagram. Wtf. I wonder why.”

Another suggested, “Britney Spears deleted her Instagram so she could come back as Britney Asghari #BritneySpears #britneywedding #BreakingNews”

A third fan added, “Britney Spears deleted her Instagram and I’m mad af about it. Y’all are mean.”

But the singer has broken her social media silence on her official Twitter, posting details about her wedding dress.

She tweeted a video of her dress being made and captioned it, “Over 700 hand stitches went into tailoring and crafting my dress. A huge thank you to the team for making me a real-life princess !!! @Versace.”

Over 700 hand stitches went into tailoring and crafting my dress. A huge thank you to the @Versace team for making me a real-life princess 👗👸🏼 !!! pic.twitter.com/zZYXNwERxXJune 16, 2022

Perhaps Britney is changing her instagram handle to incorporate her new surname?  Fans will have to just wait to see if she returns to the platform with her married name. Come on Britney… baby one more time!