Can you take hay fever tablets when pregnant? 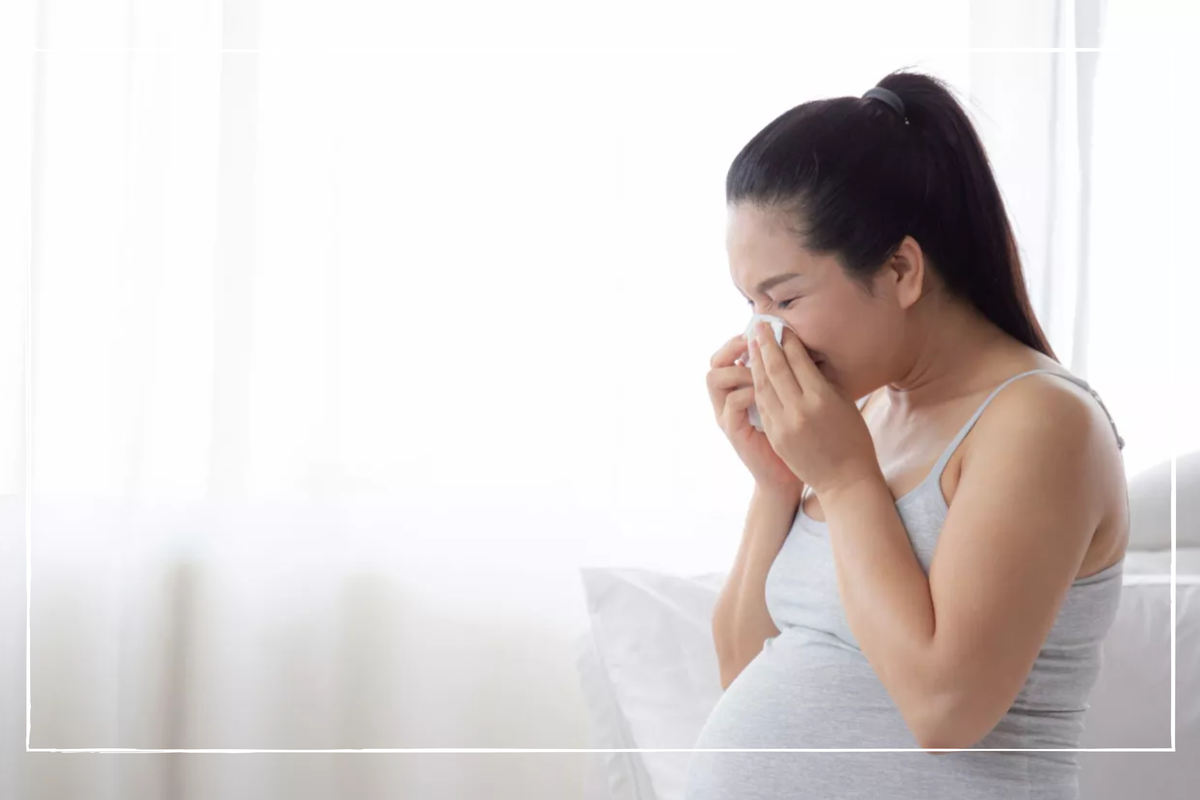 
We asked the experts about whether you can take hay fever tablets when pregnant and their advice on other hay fever medications during the three trimesters.

For many of us, battling hay fever symptoms (opens in new tab) in the summer months is no new feat, with Allergy UK reporting 18 million hay fever sufferers in the UK alone. Sadly hay fever does not magically disappear during pregnancy. With mums-to-be who are susceptible to the condition often having to contend with it over the nine months.

Whilst doctors recommend trying all natural hay fever remedies first, sometimes medication like tablets or nose sprays are needed for treatment. And as with all medication during pregnancy, it’s important to get this prescribed or approved by a medical professional first. As Pharmacist Hussain Abdeh at Medicine Direct explains: “It is recommended to visit a doctor or pharmacist before taking any hay fever medicine whilst pregnant, as some hay fever tablets may be better suited to treat hay fever in pregnant women than others.”

Hay fever is an allergic reaction to pollen, which is a fine powder released from plants. And ‘hay fever season’ – as it’s known – usually lasts between late March and September. When the weather is warm, humid and windy, and pollen count is at its highest.

Typical symptoms include sneezing and coughing, a runny or blocked nose and itchy or watery eyes. You may also suffer with an itchy throat, mouth, nose or ears. And some people may also experience loss of smell, pain around your temples and forehead, and even a headache or earache.

Can you take hay fever tablets when pregnant?

Yes medical experts have confirmed you can take hay fever tablets when pregnant. This is providing you have sought doctor approval and they are happy that you have tried every natural precaution to reduce your hay fever symptoms.

Midwife Marley Hall (opens in new tab) tells us that some hay fever tablets “are generally safe for use in pregnancy” but that mums-to-be should “always check with their doctor first”.

“Loratadine and Cetirizine are commonly prescribed during pregnancy,” she says. These are most commonly known as the antihistamine brands Claritin and Zirtek.

According to the NHS website (opens in new tab), loratadine and cetirizine are often prescribed by medical professionals during pregnancy because they don’t cause drowsiness.

“A non-drowsy antihistamine called loratadine is normally used first because there’s more information to say that it’s safe,” the NHS states. “Chlorphenamine isn’t normally recommended in pregnancy. There’s no firm evidence that it’s harmful to an unborn baby, but there isn’t enough information to be sure it’s safe.”

Piriton and Pollenase are two such branded chlorphenamine antihistamines. So it’s important to seek medical advice on taking these even if they’re the tablets you took before pregnancy.

“It’s really important that you chat through your options with a doctor or pharmacist before taking any, even if you already have some in the cupboard at home,” adds Dr Sharryn Gardner, a Paediatrician and clinical adviser for child health app Juno (opens in new tab).

Can I use nasal sprays while pregnant?

Yes, steroid nasal sprays can be used during pregnancy if you have tried to naturally reduce your hay fever symptoms without any luck. Dr David Lloyd, a retired GP formerly of Ridgeway Surgery (opens in new tab) also stresses that they should only be used during the second and third trimester.

He advises: “I would prescribe either Beconase nasal spray (opens in new tab) or Opticrom eye drops (opens in new tab), depending on the individual’s symptoms. This is because the medicines in eye drops and nasal sprays enter the blood stream in very small amounts. And therefore the dose of medicine that reaches the baby in the womb is very small.”

Pharmacist Hussain Abdeh (opens in new tab) agrees: “Nasal sprays such as Beconase are usually the first line treatment for hay fever in pregnant women as it has relatively few side effects and also enters the bloodstream in very small quantities, making it a safer option to use during pregnancy.”

You can also use saline nasal sprays, such as Sterimar, to wash out the pollen. Or drug-free, non-drowsy allergen barrier balm HayMax which helps keep pollen away from the nose. You can buy both over the counter, and they will not not harm your baby.

Is it safe to use decongestants during pregnancy?

No it is not safe to use decongestants during pregnancy. “Decongestant medications are not recommended for use during pregnancy as they may lower the blood supply reaching both the baby and the placenta,” says Dr Sharryn Gardner.

The reason for this is that decongestant medicines often contain pseudoephedrine. This helps to relieve a blocked nose by causing the blood vessels to narrow and reduce swelling. However, as Dr Sharryn explains this in turn reduces the blood flow in the placenta and to your baby.

Decongestants are also not deemed safe to take post-pregnancy if you are breastfeeding (opens in new tab).

“It is also worth noting that Decongestants that come in the form of tablets, liquids or any other forms that require it to be swallowed are not recommended during breastfeeding,” adds pharmacist Hussain Abdeh.

All experts agree that expectant mothers should talk to their doctor before looking to take hay fever medication when pregnant.

Does hay fever get worse during pregnancy?

Hay fever symptoms, like a runny nose, can feel worse in pregnancy due to the body changes that occur.

“Some women may find that their hay fever gets worse during pregnancy,” says Hussain. “This is due to the hormonal changes that occur in the body during pregnancy; these changes can exacerbate the symptoms of nasal congestion, which can make your hay fever symptoms feel more severe.”

Dr Sharryn explains that this is often a separate condition called “rhinitis of pregnancy” which can be confused for hay fever.

“It is due to hormones rather than allergens,” she tells us. “It basically means getting a runny nose, which can appear similar to hay fever symptoms.”

Midwife Marley Hall says that hay fever and it’s severity during pregnancy is very much based on individual experience.

How can I reduce my hay fever symptoms?