I Resented Caring For My Sick Dad Until I Became Ill 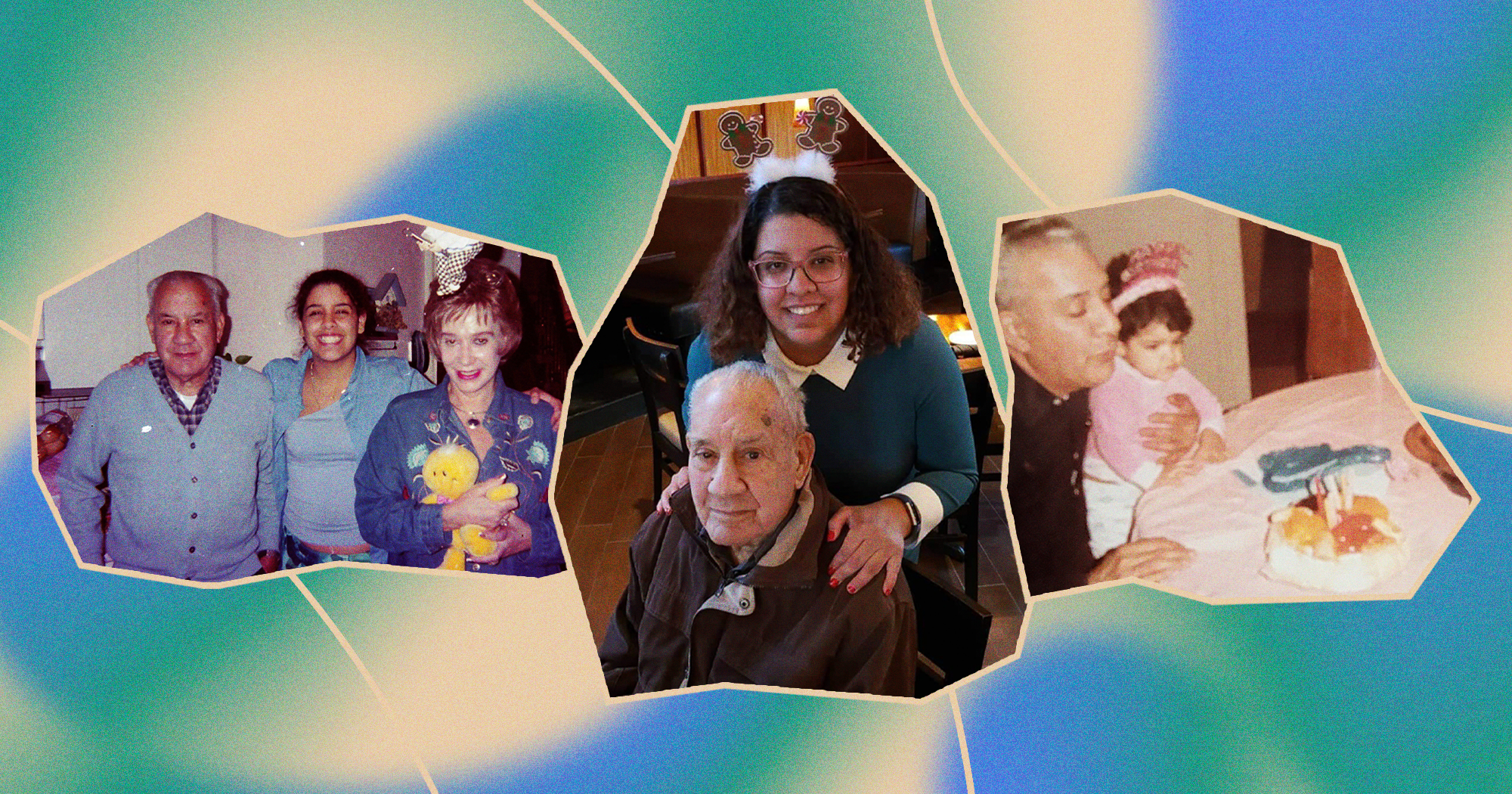 Tiny morsels of coconut shrimp lodged in my throat and wouldn’t budge. My eyes grew wide. I drank water fast, desperate to get the food down — the liquid shot up my nose. My heart beat faster. Should I rush to an emergency room in a foreign country?

I was away in Turks and Caicos in late April. Since losing my Cuban immigrant parents and ending a seven-year relationship, traveling has become even more cathartic, and visiting beach countries is especially peaceful. But until this spring, I’d never been sick while away. Every time I spoke, I sounded like Mickey Mouse after swallowing ten helium balloons, which scared me. But when I could no longer swallow solid food, I freaked out. I switched to liquids and prayed for the best. I ended up in an island urgent care center where I was prescribed prednisone, a steroid to help with my persistent inflammation.

That episode was the start of my ongoing health ordeal. Going through this physically painful and emotionally scarring condition alone and scared, first in a foreign country and now back home in Union City, New Jersey, made me think of my late dad, Armando, who became incapacitated by a mini stroke five weeks before he died. Despite our tumultuous relationship, I realized I could have been kinder when he was plagued with similar symptoms before his death two years ago.

Dad’s transient ischemic attack in July 2020 left him with slurred speech and unable to walk, feed, bathe, or go to the bathroom independently. He desperately wanted to munch on his favorite comfort foods: Cuban sandwiches packed with artery-clogging ingredients like ham and pork and anything sweet, like a slice of flan, his favorite dessert.

“¿Por qué no me traes un sándwich? Esto no tiene sabor,” Dad said, pointing to the chocolate-flavored protein shake that left a chalky aftertaste. “Papi, if you eat anything solid right now, it could go down the wrong pipe and you can die. This is what the doctor ordered, and I have to make sure you stick with it,” I responded tersely.

“Well, I don’t like this, and I don’t want to eat it,” Dad pushed back hard. We compromised. I bought more mixed fruit sweet yogurts. Dad soon stopped asking about greasy, heavy Cuban food.

From the moment Dad returned from the hospital and his brief stint at a rehab facility, caring for him became a second full-time job. He called out for me at night when he was agitated. Dad rapidly declined during the next two weeks: no longer staying awake for more than two hours a day and barely eating.

I’d gone from being the one cared for — especially during my teenage years when anorexia left me down to 60 pounds and in an eating disorder hospital for a year — to being the caretaker.

My mom and I always had a close relationship. When I was in grammar school, I’d work on my homework as Mom, a third-grade teacher, updated her lesson plans sitting next to me. During months-long summer vacations in South Florida, Mom would take me to the beach and the hotel pool every day and the planetarium and Parrot Jungle on special occasions. But most importantly, when I was sick and scared, she’d make same-day doctor’s appointments and arrange for the local pharmacy to drop off medications at home.

Dad, in turn, had always been a strict parent, a difficult person, and had a penchant for saying hurtful things.

“You’ll never amount to anything; you’re a disappointment. All of my children are,” he’d say, referencing his two older sons. It took me into my late 30s to realize Dad was projecting and speaking from an unhealed space dating back to his tumultuous childhood. After Dad was abandoned by his father, he had to become a breadwinner to support his mother and three younger sisters. He was only in grade school.

Although Dad and I clashed, he’d be the first to mobilize any time I was sick. When I fainted after not eating for an entire day, Dad carried me down the stairs, and he and Mom rushed me to the hospital.

When Dad became sick soon after Mom died, I transitioned into a caretaking role. I knew he feared being alone and that he was ill and scared, and I was a dutiful daughter: ensuring to keep him on track with his medication schedule and making sure I’d check in with his medical team at least once a week. Still, I also resented caring for the parent who always commented about how I didn’t measure up and who often made me feel unloved and unworthy.

Dad never thanked me for advocating for him to have the best care at the hospital and rehab center, stocking the fridge with healthy food and some of his favorite treats, or negotiating with billing agents on payment plans. A 91-year-old who came of age when machismo — a concept that relates manhood to strength, toxic masculinity, and being the family provider and protector —  was taught and expected, Dad believed it was a woman’s place to take care of the household and those who fall ill. As a lifelong feminist, his worldview made me angry.

But now that I’m processing my still-undetermined medical condition, I can empathize with my late father and how scared he must have felt during the countless routine and invasive exams he underwent.

My symptoms — which came suddenly, and have included trouble swallowing solid food, a paralyzed left vocal cord, Bell’s palsy, and partial hearing loss — have left me physically exhausted and emotionally rattled. Several doctors have ruled out multiple sclerosis, a stroke, Lyme Disease, and a battery of viruses. One doctor said my condition is idiopathic, meaning there’s no known cause. This past week, I realized that I’m not alone, though. Many of my symptoms have closely mirrored those of singer Justin Bieber’s, who most recently was diagnosed with Ramsey Hunt Syndrome. I’m getting more testing done to verify whether I also have this medical condition.

That test will be one of many I’ve had these last two months. And these solo visits to my ear, nose, and throat doctors, my internist, and a neurologist — all while undergoing countless exams, including MRIs and CT scans to capture internal images of my brain, neck, and chest — has made me more compassionate toward my late father. While I’ve been very open about my dread and my physical pain, I recognize my father internalized many of his fears, going through some scary moments on his own.

As I continue to heal from this sudden and mysterious medical situation, this sobering health scare also makes me yearn for the care and support I received from both my late parents when I was sick and scared. I long for my mother’s hugs and calming words and my father’s quick reactions to drive me to doctors or hospitals when I was at my worst. These memories break my heart when I feel like I’m most alone, but they also fill me with strength knowing that my parents gave me the tools to ultimately learn to take care of myself.