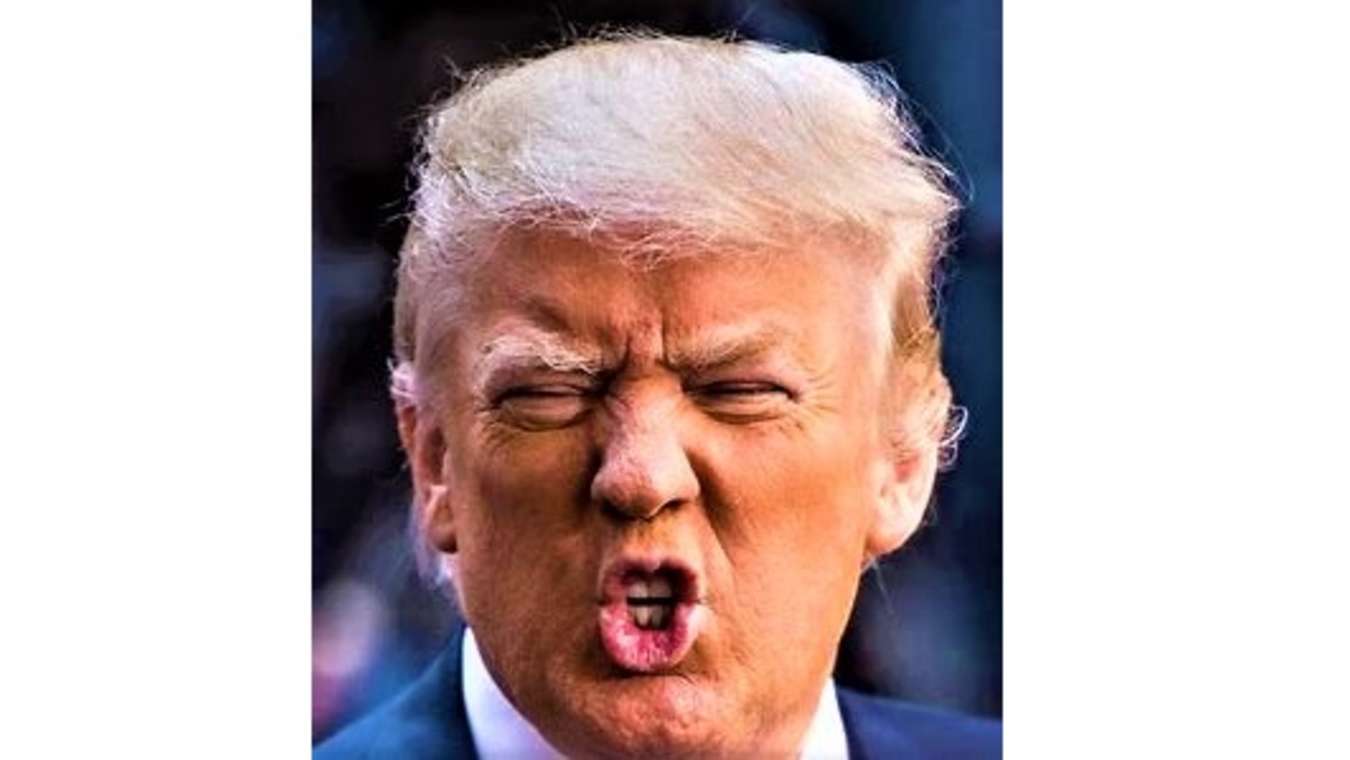 
CHICAGO – (Satire News) – The most respected info-gathering poll agency in the country has just released the findings of it’s latest national poll.

The QuinniPinni Poll Agency conducted the poll in 7,902 cities, located in 49 of the 50 states.

Pollster Claudius Y. Paintpool, 59, informed the American public that it is abundantly as clear, as the spare tire around the extremely fat, female comedian Mo’Nique’s belly, that almost every registered GOPer has had his or her fill of the man who has hundreds of nicknames; including The Mar-a-Lago Liar, The Orange Douche Bag, Jumbo Trumpo, The Tweet Creep, Acorn Dick, and The Pussy Grabbing Nazi.

Paintpool, who revealed that he actually voted for the Trumptard (4 times), said that he personally feels that as most “Red Staters” feel that Carrot Face, just simply needs to go away and stay the fuck there, and no ifs, ands, or butts about it.

[EDITOR’S NOTE: The only state that did not participate in the QuinniPinni Poll was Alabama, since in the last presidential election, the state voted overwhelmingly for old Cheddar Face by a percentage of 99.1%.]