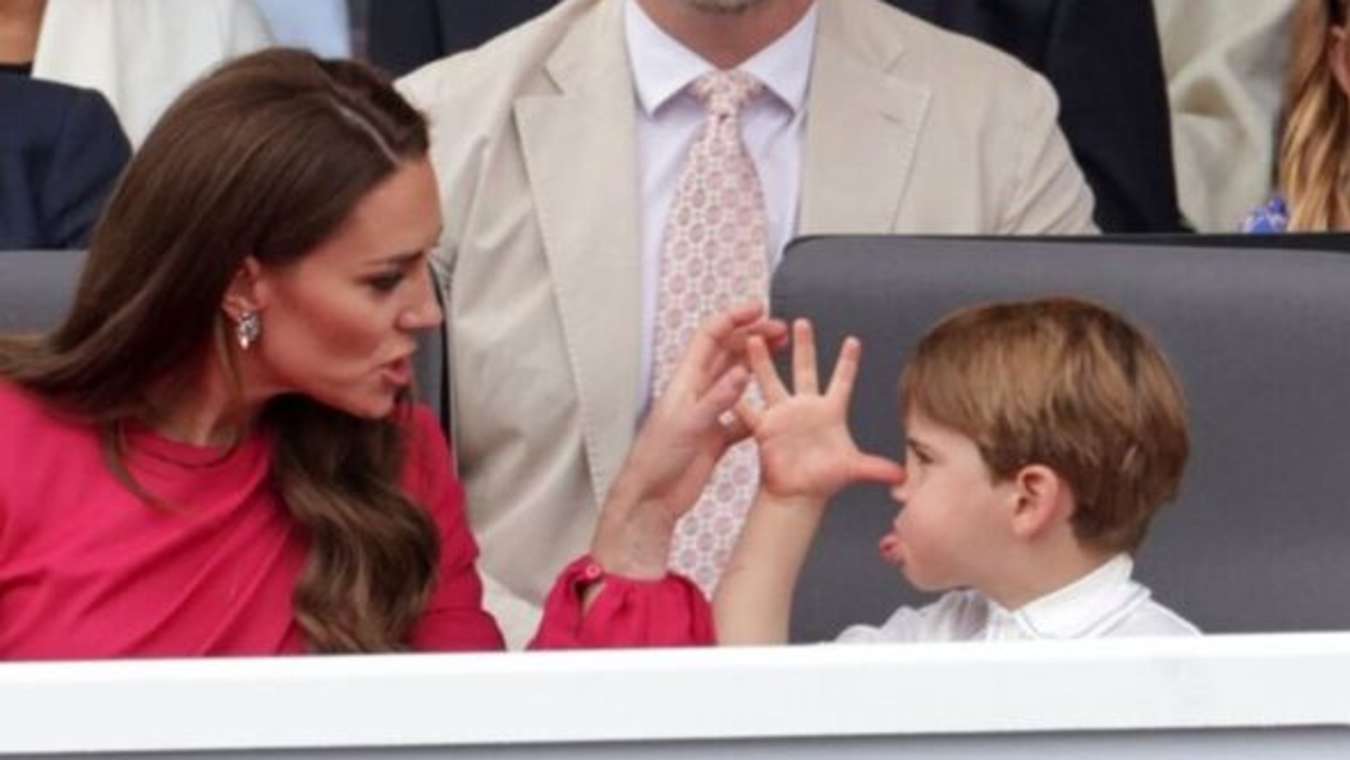 
During Queen Elizabeth’s Jubilee, a wee lad was acting like a child!

Prince Louis didn’t know he was ‘a Royal”, so he could only be a kid. Thumbing his nose at mommy! Good for you! That’s what kids do to mommy when she tells them to eat their vegetables or to sit up straight and don’t fidget – people are watching!

Is this a form of child abuse? Being forced to be royal? What kid likes being dressed in a suit? What kid likes sitting still and watching a boring ceremony that has NO CLOWNS (well, different types of clowns, but not intentionally funny ones)? What kid would rather play on swings or in the sandbox or with toys? Was he even allowed a single toy during that snore-fest?

Little Louis, I hope you shit your diaper in an act of protest. I’m sure there’s a law (sedition or high-treason or something ridiculous and reminiscent of Britain’s wonderful years as a pirate nation, … rum, sodomy and the lash still staining the Union Jack – arrg me matey!)

Who will police the Royals so they don’t create another bloody generation of kids who aren’t allowed to be kids? Isn’t the bloody Empire done and over? Darth Victoria is dead!

PS: ever think that parents who belong to the KKK are also guilty of child abuse? Are they Royals too?