Where is McDonald and Dodds filmed? Season 3 locations of the ITV detective drama 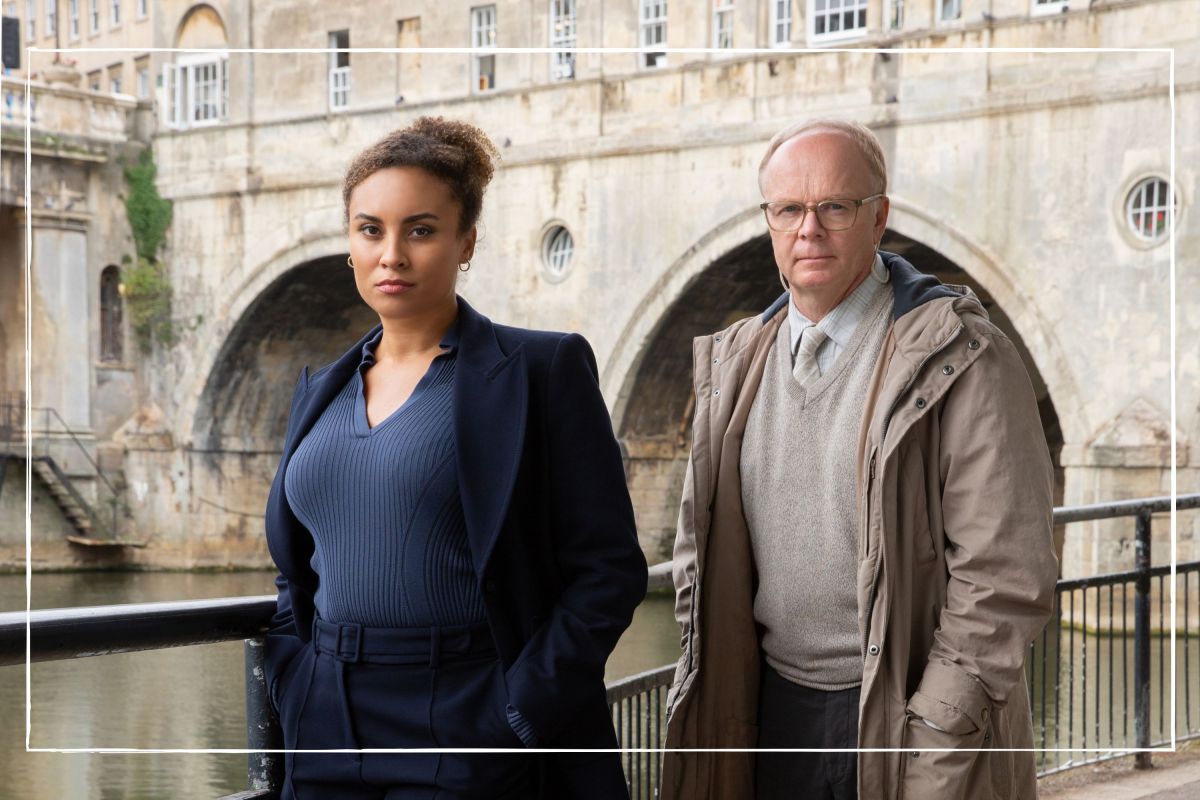 
Season three of McDonalds and Dodds is filmed in the same historic setting as previous series.

Detective dramas are nothing new to TV audiences. Be it ITV’s The Bay or the BBC’s charming Shakespeare and Hathaway (opens in new tab) or Hope Street (opens in new tab) series, broadcasters continue to put out cop shows that successfully suck viewers in and keep them guessing as to who the culprit is.

Thankfully, June sees the return of another crime-solving duo – the much loved and mismatched McDonalds and Dodds, starring Jason Watkins as Detective Sergeant Dodds and Tala Gouveia as DCI Lauren McDonald. Hunting down killers amongst a stunning backdrop has had many wondering where the show is filmed and we’ve uncovered all the details just in time for the new series.

Where is McDonald and Dodds filmed?

ITV show McDonald and Dodds is predominantly filmed in the cities of Bath and Bristol, based in the south west of England. The show is set in Bath and viewers can expect to see famous locations such as the Royal Crescent and the Guildhall in season three.

Other Bath attractions that have been spotted in the show include Royal Victoria Park, Parade Gardens, Bath racecourse and the Abbey Churchyard. Whilst in Bristol, the cast have shot at Berkeley Square and the A Bond Tobacco Warehouse on Cumberland Road.

Previous series have additionally seen filming for McDonalds and Dodds take place in the nearby village of Queen Charlton. Plus Crowe Hall based in Widcombe.

Cast and crew were “delighted” to return to Bath to film season three of the show. Actor Jason Watkins said: “I look forward to filming in the beautiful city of Bath and to Dodds solving more puzzles with Lauren McDonald. I’m bracing myself for more chips in butter!”

“It’s a real privilege to for me to return to Bath to re-engage with the world of McDonald & Dodds and our other regular characters,” added show creator Robert Murphy.

Where is the police station in Mcdonald and Dodds?

The police station in Mcdonald and Dodds is actually a custom-built set at The Bottle Yard Studio in Bristol. The majority of interior scenes for the ITV detective series are filmed here.

According to The Bottle Yard website, “the show’s central police station and police incident trailer interiors” are all filmed here.

Actor James Murray, who played Chief Superintendent Houseman in season 2, joked: “I didn’t really get to see the beautiful Bath vistas that everyone else got to see quite as much. But that was fine because it kept me miserable like my character.”

When was McDonald and Dodds season 3 filmed?

According to show star Jason Watkins, filming for season 3 of McDonald and Dodds officially began on 30 August 2021. Shooting was predicted to take 14 weeks in total and wrapped up in late Winter of last year.

The actor shared the filming date with fans in a tweet. “Giving the glasses a clean and getting out beige the raincoat!” he joked.

Filming begins tomorrow on Series 3 of #McDonaldAndDodds – another amazing cast joining us in this 1st episode. Giving the glasses a clean and getting out beige the raincoat! Looking forward to cracking another case with. @TalaGv @itv #DramaVReality 🍟🧈August 29, 2021

Season 2 of the show was filmed around a similar time of year – in September 2020.

How many episodes of McDonald and Dodds season 3?

There are four episodes in season 3 of McDonalds and Dodds to look forward to. As was the case for the first two series, episodes air as feature length films lasting around two hours each.

The body of a young woman is discovered in broad daylight in a busy Bath park. Though the oddest part of the puzzle? She died smiling.

Enter McDonald and Dodds to solve the case. Their investigation leads to the historic mansion of Professor George Gillan, a linguistic anthropologist and his soon-to-be 100-year-old mother Agnes. The two detectives are convinced Belvedere house and it’s residents are behind the murder somehow.

McDonald and Dodds take to the driving seat in a new case that’s centred around Formula 1 racing. Bath’s infamous motorsport family dynasty the Addingtons are concerned when a rising star race car driver dies during a speedy 3.5 second pit stop.

It’s a particularly interesting investigation for F1 fan McDonald whose line of inquiry leads to team coach Archie Addington. Could he or someone close to him have the answers?

The spotlight turns on the clinic’s unhappy and divorced owners Al and Mariel Flynn. With it proving theres more than meets the eye. It’s up to McDonald and Dodds to find the truth in this fact versus fiction social media minefield.

4. Clouds Across the Moon

IT consultant Martin Silver stumbles across the body of a heavyweight Bath businessman at Glastonbury Tor. At first it seems that local artist Hector Ingham is the clear suspect, but the mysterious Martin and his side hustle of speaking to the dead (part-time medium) certainly arouses suspicion.

There’s more to the story though, as clues uncovered all point tp Dodds himself. A gripping final episode to wrap up season three.