Who is Robbie Platt in Sherwood? What we know so far about the undercover cop in the hit BBC drama 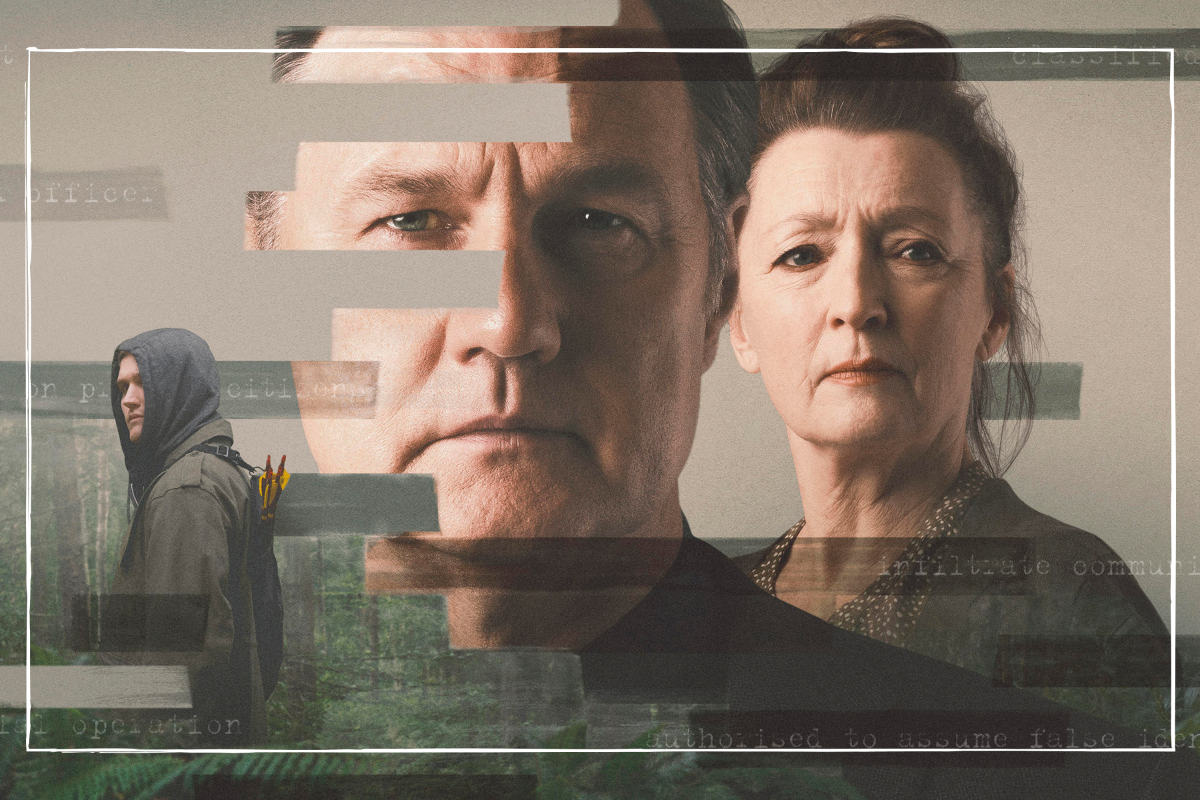 
Audiences want answers as to who Robbie Platt in Sherwood is – the alleged undercover cop in the Nottingham-based BBC drama.

Longstanding feuds, shady characters and a murderer on the loose. Six-parter Sherwood has it all going on. And just when you thought they couldn’t squeeze any more drama into it, we find out that there’s a rather important new character who just might be the key to making sense of the whole puzzle.

Who is Robbie Platt in Sherwood?

The audience have already seen ‘Robbie Platt’ on screen

In an interview with the Radio Times (opens in new tab), Sherwood show creator James Graham said that viewers will already be familiar with Robbie Platt.

“Somebody the audience have met already is going to be revealed as someone who was playing a part and has been playing a part for 40 years, and we’ll try and explore the reasons why somebody might do that,” he teased.

I guess I don’t need to ask what you’re binging this weekend. Don’t make me keep tweeting… #Sherwood pic.twitter.com/IweJ9Q7RezJune 18, 2022

He still lives in the area to this day

Episode three introduces us to Warner (Stephen Tompkinson), a former miner and friend of Gary’s. After being turned away for a drink in the social club, he informs the residents of Ashfield of the so-called undercover cop.

This comes as a surprise to some townsfolk who perhaps weren’t previously aware of a planted officer. And adding to the fire? Warner believes the undercover cop is still living in Ashfield.

“Look to your neighbours, look to your friends,” he announces. “Someone who came here just before or during that strike. An outsider, an identity plucked from nowhere. Fake job, fake name.

“He spied on all of you and stayed for whatever reason and is still here, walking among ya, bold as brass,” he adds.

“Robbie Platt is the fictitious name of one of the spies who came up and policed the strike, and over the next two episodes that spirals out of control quite quickly,” he told Radio Times.

In episode three, murderer-on-the-loose Scott Rowley breaks into the Jackson house whilst Julie (Lesley Manville) and her grandchildren are out at Gary’s memorial. After going to the toilet and snooping around, Scott then changes the name on Lance’s playstation to Robbie Platt. This certainly suggests he knows or knows something about the undercover cop.

Miner and Gary’s friend Warner also thinks whoever is behind the arrow attack knows something too:

“I’ll warrant that that *expletive* in the woods knows who it may be,” he says in his speech at the social club.

Gary was trying to identify Robbie Platt before his murder

After her grandson asks who Robbie Platt is, Julie (Leslie Manville) runs upstairs to her bedroom and pulls out a box from underneath her bed. Opening the box, she ruffles through photographs and other bits of paper, before pulling out a notebook (which we presume belongs to her late husband Gary).

Julie flicks through the pages until she finds one with the name Robbie Plant written in bold and underlined several times. Next to this are the words “Who?” and “Stolen identities”.

It’s this, plus the conversation Gary’s lawyer Vinay Chakarabarti had with DCS Ian St Clair and DI Kevin Salisbury, which leads us to believe that Gary was investigating the undercover cop and trying to uncover his identity before he was killed. It’s thought that this Robbie Platt might have had something to do with Gary’s wrongful arrest in 1984.

Underneath the underlined and bolded words Robbie Platt in Gary’s notebook is an address in Ashfield, Nottingham. The road is stated as 103 Marksby Street. And from what we can interpret, there is a tick next to the word Ashfield.

Could this be where the undercover cop Robbie Platt is living?

Before the name Robbie Platt is a thing, DI Salisbury questions Scott’s dad Fred Rowley (Kevin Doyle) about the possibility of a planted undercover officer. He asks him to open up on his past and how he came to be in Ashfield during the strikes.

“Have you always lived here Fred?” Salisbury asks. “Me? Well I was transferred over from Shirebrook to Annesley Pit in… must have been ’83, you know, by the Coal Board,” Fred answers.

“Never been in the Police though,” he adds.

Question is do the audience believe his backstory or not?

Is Robbie Platt based on a real-life character?

Whilst Robbie Platt isn’t real, the theory of undercover cops being planted in communities to inform on political groups is. The Guardian (opens in new tab) reports that a Special Demonstration Squad (SDS) first came about in the late 1960s to monitor and control protest groups opposing the Vietnam War.

All relatively hush hush, it was only the “upper echelons of Scotland Yard” who knew of the unit, says the publication.

The SDS were active for over four decades, only officially disbanding in 2008. During this time, “at least 139 police officers were given fake identities to closely monitor the inner workings of more than 1,000 political groups,” reads The Guardian.

A somewhat macabre detail is that the false identities were often those of dead children, to add credibility to their undercover operation. Some even had relationships and fathered children whilst working undercover – as is the example of police spy Bob Lambert (opens in new tab).

Sherwood creator James Graham told The Guardian‘s Mark Lawson (opens in new tab) that he wanted to explore undercover policing within the drama and highlight how these informants infiltrated everyday life.

“Through Line of Duty (opens in new tab) and other shows people have become used to the idea of undercover policing,” he said. “So a challenge of this show was getting across that this wasn’t terrorism or organised crime being investigated, but normal people having spies turning up in their workplace or child’s birthday party and reporting back. Why there isn’t more outrage I don’t understand.”