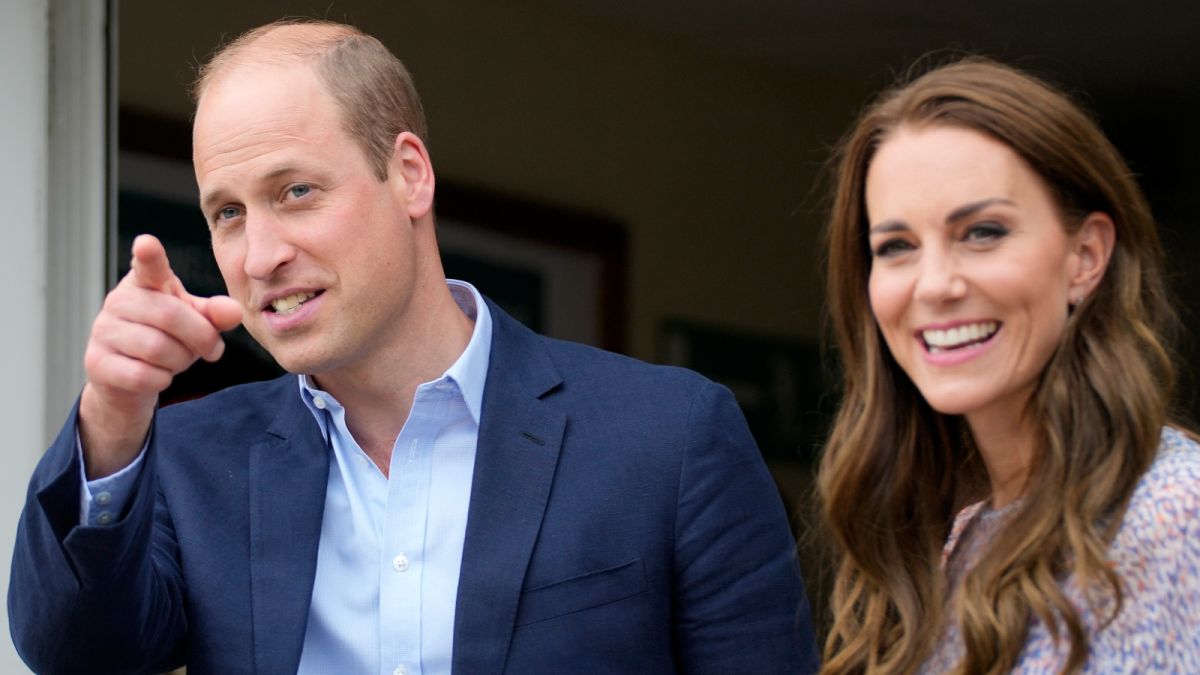 A stunning new portrait of Prince William and Kate Middleton has been unveiled at the Fitzwilliam Museum in Cambridge. The lifelike oil painting has received praise from royal fans, but Prince William has voiced one hilarious concern.

The oil painting by award-winning artist Jamie Coreth depicts the couple, who are said to be ‘inseparable’ and happier than ever, standing side-by-side and gazing off into the distance.

Kate has been painted wearing a long, shimmering emerald green gown and matching heels, while William is looking dapper in his classic black suit and blue tie combo.

The painting is now on display for the public to see, with William and Kate having been treated to a sneak peek ahead. And despite its remarkable likeness, Prince William couldn’t help but make this cheeky observation.

In a clip shared by PA reporter by Sam Russell (opens in new tab), Coreth presents the painting to the couple and upon seeing it, Prince William says, “It’s quite big.”

The Duke and Duchess of Cambridge have viewed the first official joint portrait of themselves on a visit to Cambridge’s Fitzwilliam Museum. William: ‘It’s quite big’ pic.twitter.com/NAy1jGqyQXJune 23, 2022

Following this amusing quip, William then told Coreth that the painting was ‘amazing’.

Detailing his approach to capturing the couple’s likeness Coreth said, “I wanted to show Their Royal Highnesses in a manner where they appeared both relaxed and approachable, as well as elegant and dignified.”

He has also said that being chosen as the artist for the portrait was “the most extraordinary privilege” of his life.

The painting which has now been shared on the couple’s Instagram has delighted royal fans, with many blown away by its accuracy.

One fan commented, “Incredible portrait, the artist managed to make it glamorous at the same time accessible.”

Whilst a second fan remarked, “I thought it was photo!!!! Wowww!”

Share. Facebook Twitter Pinterest LinkedIn Tumblr WhatsApp Email
Previous ArticleIs Where The Crawdads Sing based on a true story and what is it about?
Next Article How to sit together on a flight for free – expert tips for parents