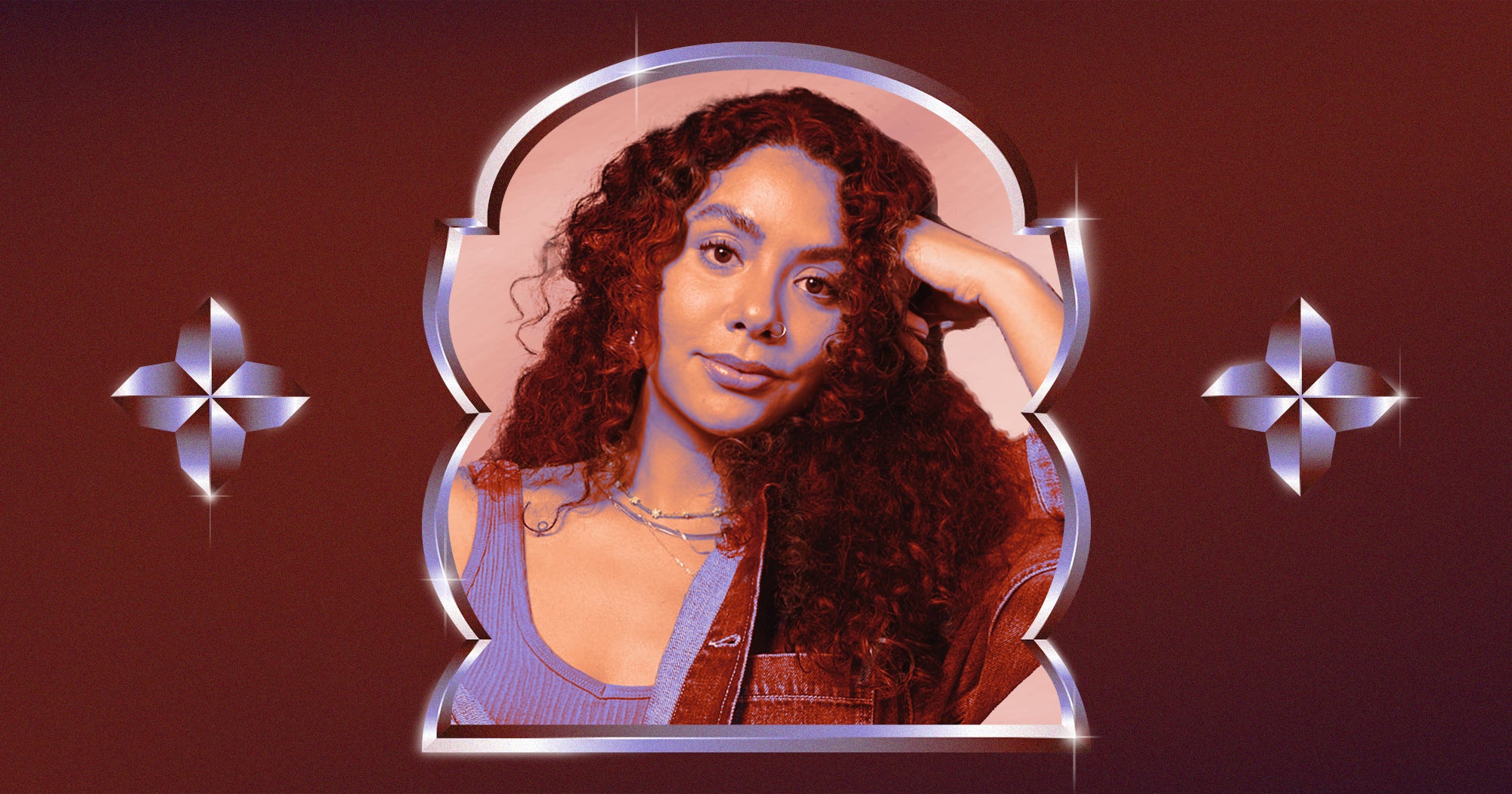 The L-Suite examines the diverse ways in which Latine professionals have built their careers, how they’ve navigated notoriously disruptive roadblocks, and how they’re attempting to dismantle these obstacles for the rest of their communities. This month, we’re talking with Shop Latinx founder Brittany Chavez about pitching investors and transforming her relationship with money.

With more than $1.7 trillion in purchasing power, it’s no secret that Latines are an economic driver in the U.S. economy. Even more, Latines are entrepreneurial at our core. In the 10 years before the pandemic, Latines started businesses at a faster rate than the national average, growing 34% . But despite the group’s contribution of more than $500 billion to the U.S. economy, funding is often a recurring blocker for owners looking to scale. In 2021, startups led by Latine founders received only 2% of venture capital (VC) funding. According to founders, the reasons for the funding gap run the gamut, but have a lot to do with the need for more connections in the VC space as much as it has to do with existing wealth available to leverage.

In an environment that has a long way to go to achieve equitable funding, Brittany Chavez, founder of Shop Latinx, raised more than $1 million for her marketplace that curates Latine-owned beauty, home, accessories, and apparel brands. The announcement came in October 2021, five years after the idea for the Instagram account-slash-digital marketplace first launched in 2016.

Like many Latine-led digital brands, it’s been a rocky road. In fact, when the sum was deposited into Chavez’s account in February 2022, it was the first time the 30-year-old was able to give herself a salary (and the first time in her career that she had a salary). Before this, she always felt like she was in survival mode, barely making ends meet and insecure about her relationship with money. In Shop Latinx’s first year, Chavez held an array of part-time positions, from driving Uber to being a nanny. Throughout the pandemic, she lived on unemployment checks and food stamps. But she kept on, believing in Shop Latinx and how it was providing value to small businesses, media outlets, and Latine communities.

“I saw how the brands I had promoted were making it onto media listicles, and these brands were finding their target audience,” Chavez tells Refinery29 Somos. “I loved that I was of service to this community that I love so much.”

Monetization felt like a natural next step — except, Chavez didn’t have a business background or industry mentors or connections to help teach her how to raise big money. Like most millennials, she took to social media to learn about this unfamiliar world. Twitter became her entryway to learning about VC. On the social network, she was introduced to influencers in the space and started following people of color who were building their own funds from the ground up, like Backstage Capital’s Arlan Hamilton. Similarly, she learned through podcasts like Gimlet Media’s “The Pitch” and Guy Raz’s “How I Built This.”

So how did the young entrepreneur go from building her own social media curriculum to raising $1 million? We asked Chavez about her journey, finding the right investors, pitching them, and how her money mindset has changed along the way.

For founders, a business accelerator can provide momentum to move toward their goals by providing access to mentors, investors, and other development support. Since launching Shop Latinx, Chavez has applied to three accelerator programs and has been accepted into all of them. Each one has taught her different tools or provided her with different resources.

In 2018, Chavez remembers poring through pitch decks by big brands like Airbnb as well as educational information about accelerators like Y Combinator, a school for startups that brings CEOs together to provide training to help them grow.

“I was so delusional. I thought, ‘Hey, I could get a million dollars,’” she says about the start of her journey in learning about venture capital. “But a few years later, I did.”

Through her first accelerator program, Grid110, which helps emerging entrepreneurs in Los Angeles get access to mentors, community, and resources, Chavez learned the ingredients for making a pitch deck: Name the problem, the opportunity, the market, what your mission is, who your team is, your brand story, revenue drivers, and financial projections.

Later, through her experience in the three-month accelerator Techstars, a program which provides founders with mentorship, corporate partner opportunities, and access to investors, Shop Latinx received its first investment of about $120,000. She used this money toward research, development of the marketplace platform, and to cover additional marketing costs.

“It made me feel like I belong, that I was worthy of the time, investment, and resources these accelerator programs had to offer, and that I could become a successful founder,” she says.

Till this day, Chavez continues participating in accelerators that help her elevate her pitch. She is currently enrolled in a16z’s TxO, an accelerator that supports cultural geniuses that are building businesses. Prior to our interview, the Shop Latinx founder had just gotten off a call to further refine the company’s deck ahead of a pitch with Silicon Valley-based venture capital firm Andreessen Horowitz.

Chavez made a point to be where the investors were and think like investors would. She was sending cold direct messages, hopping on calls, and engaging with posts from VCs active on Twitter. Understanding that VCs bet on the founder and their team, she emphasized her confidence in her leadership, team, and market size. Eventually, she started attracting venture capitalists herself.

In doing so, she also became familiar with the world of investors, understanding who knows who and who invests in what. “Some [VCs] are agnostic and will invest in anything. Some will invest in deep tech. Some focus on underrepresented founders and consumers. Those were the ones I wanted to build relationships with and eventually talk to,” she says. “I would build out my own excel sheets of hit lists, of VCs I wanted to speak to. I’d put in that work.”

By the time she met her third and lead investor, Charles Hudson, who helped connect her to sources of funding, he had already heard about Chavez from several people. (Lead investors like Hudson typically invest the largest check size and make connections with investors for further fundraising.) “As soon as he said ‘yes,’ some of the investors that had passed on us came back. It was this stamp of approval that we are the real deal and worth investing in,” she says.

Chavez continues: “VCs are people, too, and want to know who’s on the cap table. What I respect most about Charles, and true pre-seed investors, is that they shouldn’t care who else is on the cap table. You should have the conviction to invest in companies based on what you think and not groupthink.”

Raising more than $1 million was a remarkable milestone in Shop Latinx’s journey, but overcoming limiting money beliefs as a first-time Latine founder is taking a longer time, Chavez shares.

“The first year of getting that money, I had never created a financial model and I wasn’t aware of what my monthly expenses were,” she says. “I just didn’t want to look. I didn’t want to see it. I had a lot of limiting beliefs as well, and it’s due to the way that we grew up. A lot of us, especially as Latinas, were told to work hard and be OK with the circumstances you’ve been given. For me, I haven’t been OK with that. I feel like in the last month, I’ve been undoing a lot of my limiting beliefs.”

Through her consulting, therapy, and spiritual work, Chavez has learned to better identify her vision for the company and create a more healthy and sustainable roadmap to get there.

“Now, I feel like I know what my North Star is and I know how to get there. It’s better to take a step back and create the roadmap than just run and take off without being intentional and strategic,” she says. She has been able to do this, in part, because she is now able to afford therapy and work through her limiting money beliefs with a professional. “[I’ve learned to give] myself grace that I am a first-time founder and putting in the work when it comes to working on myself, learning how to run a team, and looking at my finances. There are a lot of lessons to learn at once. However, I think I’m at a place where I’ve got this and feel very sure of myself.”

Chavez’s next goal: get to a place where money chases her.